Along the Infinite Sea (The Schuler Sisters Novels) and millions of other books are available for Amazon Kindle. Learn more
Kindle
$13.99 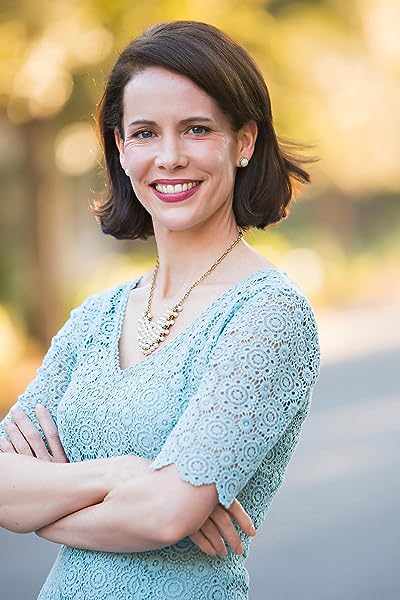 Along the Infinite Sea (The Schuler Sisters Novels) Paperback – August 9, 2016

Praise for Along the Infinite Sea

“A world filled with elegance, charm, and bygone manners...No one does it better than Beatriz.”—Jane Green, New York Times bestselling author

“A frothy trip to a more romantic era we like to believe existed, a place filled with yacht affairs and racing Mercedes. In a world packed with traffic and Twitter, it’s a welcome retreat.”—Bustle

“With the killer charm of a Rodgers and Hammerstein score and a touch of du Maurier intrigue, Williams' latest sexy and enthralling period drama...draws readers into the parallel, luxe worlds of two sparky women in the post-Camelot 1960s.”—Kirkus Reviews (starred review)

“With spunky characters full of grace and grit...The swift pacing and emotional twists and turns of the plot will leave readers guessing up to the final pages. Recommended for readers who enjoyed the atmosphere and characters of Jess Walter’s Beautiful Ruins.”—Library Journal

Beatriz Williams lives with her husband and children in Connecticut. She is the New York Times bestselling author of Along the Infinite Sea, Tiny Little Thing, The Secret Life of Violet Grant, A Hundred Summers, and Overseas. She also writes under the pseudonym Juliana Gray.

Start reading Along the Infinite Sea (The Schuler Sisters Novels) on your Kindle in under a minute.

4.5 out of 5 stars
4.5 out of 5
752 global ratings
How are ratings calculated?
To calculate the overall star rating and percentage breakdown by star, we don’t use a simple average. Instead, our system considers things like how recent a review is and if the reviewer bought the item on Amazon. It also analyzes reviews to verify trustworthiness.

JfbB
5.0 out of 5 stars This book is the reason I am a reader
Reviewed in the United States on November 3, 2015
Verified Purchase
This book is a perfect example of why I am a reader, a lover of literature, a voracious studier of the written word, and a sometimes writer. This book is – this week – the reason I existed and – next week – the reason I will have my head half in the clouds as I let its memory slowly roll off me. I will need to distance myself bit by bit from the characters in order to immerse myself in my own life, unfortunately, because right now they are dancing through the air next to me and demanding my attention. I just finished the last chapter five minutes ago, so you'll forgive why I sound half schizophrenic, but their voices are utterly real in my ear, and will be for days.

"Along the Infinite Sea" makes up for its lackluster and cliché title within the first few sentences of chapter one, and you'll forget what the book is called because it could have been called "Beatriz Williams Writes Some Stuff" and you should still line up at midnight to be the first to buy it at the bookstore because it's that good. So is this where I give you a short synopsis of the plot? No, I think I won't. I knew not-a-thing about it when I first opened it and am so glad I didn't. Apparently (I learned afterwards) it's a partial continuation of some family that Williams wrote about before… and I don't care. They exist in THIS book in a way they cannot possibly in any other and I'm happy to have met them here and nowhere else. Plus, their family is really not the heart of the story so I doubly don't care that they're in other books (I cheated and looked at other reviews real quick, or I wouldn't know this at all).

I did read a rough rough rough draft given to me by the publisher, in exchange for an honest review, and the fact that nothing was properly indented or paragraphed etc, especially during characters' conversations, made reading this a labor of love since I had to slow down and really figure out who was speaking… and I didn't care. I relished their conversations all the more. I found two horrifying instances where Williams uses the name Florian instead of Stefan (they're both characters and the wrong one rolled off her typing fingertips, methinks) but I have all the faith that the good proofreader at whatever trad publisher is field-goaling this forth will find it. (If not, for godssake Bea, ask me so I can tell you which sentences they are before it's too late.)

Criticism? I wish Annabelle weren't compared to Audrey Hepburn, and several times. The author could have – and did – evoke Audrey in this character without having to hammer the comparison home so. Trust us the readers please – I saw Annabelle just fine without that. I see her now. She'll walk with me these next few days. Ditto referring to Stefan and Johann as "Valjean and Javert" – Williams doesn't need to rely on another author's characters to make hers have a similar enemyship. (Enemyship – think I just made that word up.) I hope that was edited out, because I hope her editor sees how strong her writing is without stooping to using someone else's, as I see. I also wish there wasn't a strange nod to Pepper being related to Nick, which tied her to the other main family in the book, but that link wasn't explored (maybe it is in the companion books?). It was unnecessarily head-scratchy since it led to nothing.

Is that my only criticism? Umm… yup. And none of those criticisms matter at the end of the day. At the end of the book. At the end of each chapter, or even sentence. They don't matter. This book was magnificent. A triumph. Read it next to Julie Orringer's "The Invisible Bridge," Anita Shreve's "Resistance," and Markus Zusak's "The Book Thief," and oh hell, "The Diary of Anne Frank" while you're at it, and weep that this was, and is, our world, and that these authors exist in it to tell the story. I will tell you nothing else about it. Go read it. It'll make your week.

SouthernGal820
5.0 out of 5 stars Liked this One Best So Far!!!
Reviewed in the United States on April 28, 2016
Verified Purchase
I read Hundred Summers, Violet Grant, Tiny Little Thing then Along the Infinite Sea. I think in this order gave me the background and different characters for this next in the series (?). I loved this book, everything about it, especially the ending and knowing there should be another book coming to us that will be focused on Pepper and her baby. I bought all of these books together, read them and became a fan of Beatriz Williams! Her scenery descriptions, I could smell the lemons!!! For me this particular book was well written and the storyline made me feel sad, happy, scared and anxious to get back to the story when I had to put it down. Great elements for a very good book!
Read more
18 people found this helpful
Helpful
Report abuse

A. McClain
5.0 out of 5 stars Wonderful characters that are both heroic and human.
Reviewed in the United States on October 13, 2017
Verified Purchase
This is one of the best books that I've read lately - engrossing, enchanting, and wistful. Williams' writing style is delightful - rich without being over-embellished, she brings scenes and characters to life with effortless grace. I particularly appreciate the way that she creates characters that are human - they make mistakes, act out of spite, etc. - and at the same time deeply heroic. In this regard she reminds me a little bit of Mark Helprin, another favorite author. I will now proceed to read everything else that Williams has written, with relish.
Read more
5 people found this helpful
Helpful
Report abuse

Martin Turnbull
5.0 out of 5 stars One of Beatriz Williams's better ones
Reviewed in the United States on May 15, 2020
Verified Purchase
I have a hit-and-miss relationship with Williams’ novels. Most of the time I adore the way she writes and at her best, she’s one of my favorite writers. She tends to lean too hard on the structure of telling two parallel stories, one in modern times alongside one set in the past. Sometimes she barely gets away with it but I stick with it even though the past storyline is always the most interesting. Sometimes it doesn’t work at all (I gave up on “Summer Wives”) and sometimes it works wonderfully well, as it does here. If you’re on the fence about buying this book, I suggest you get it – it’s one of Williams’s better ones.
Read more
One person found this helpful
Helpful
Report abuse
See all reviews

patriciaclair
5.0 out of 5 stars BRILLIANT BOOK
Reviewed in the United Kingdom on October 6, 2018
Verified Purchase
I only came across this author a few months ago, and this book was my fourth read, and the third in the Schuler sisters series. I absolutely loved this book, probably the best of the three, but all of them were very enjoyable. I like the way Beatriz Williams has two stories in different time zones interwoven in the book.
Read more
Report abuse

D. C. A. Price
3.0 out of 5 stars Just a bit too far-fetched for me ....
Reviewed in the United Kingdom on September 3, 2019
Verified Purchase
Have loved the other two “Schuyler Sisters” books but this one was just too far-fetched, and started to get irritated with the two women who were so beautiful and had all men besotted with them. But have to say Beatriz Williams’ books are never dull!
Read more
Report abuse

Rapunzel
4.0 out of 5 stars Along the Infinite Sea
Reviewed in the United Kingdom on March 5, 2016
Verified Purchase
an enjoyable atmospheric read with a twist at the end
Read more
One person found this helpful
Report abuse