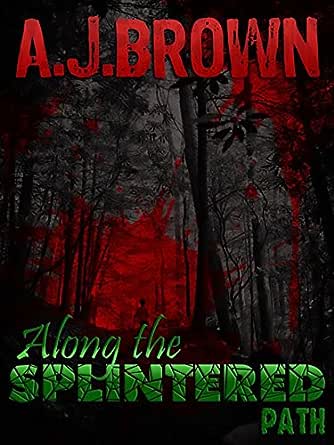 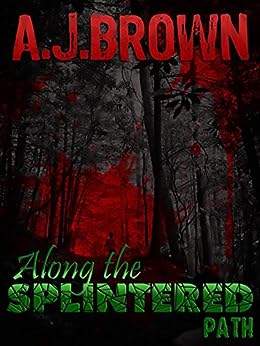 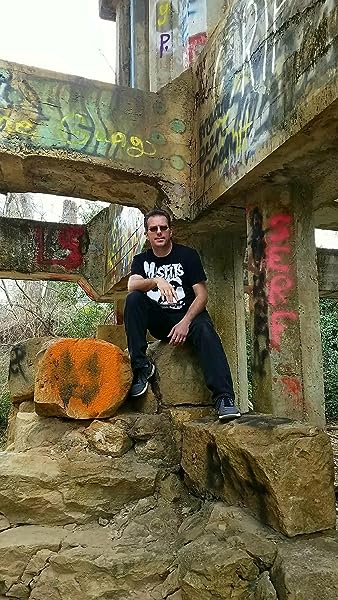 Along the Splintered Path Kindle Edition

John Miller
5.0 out of 5 stars Darkness
Reviewed in the United States on March 13, 2012
Verified Purchase
Along the Splintered Path involves a descent into darkness, pure and simple. Some of the tales are too dark for my taste, but the clarity of writing, as well as the professional copyediting, make it an enjoyable and easy read--yet very disturbing. The writing style brings about an ambiance or mood--often creepy, always horrifying--that seeps into your mind as you continue reading, page by page, until you come to the final story The Woodshed. Once you've begun The Woodshed, there can be no going back, because by then you're hooked. While the narrative hooks from the very beginning are solid and well placed (and paced), by the time you're going strong in The Woodshed, there can be no going back, for your nightmare has begun. It's almost like staring at a horrific accident, slowing down to get a better view. You know you should look away, but you can't. And in staring at these horrific scenes, you teeter on the edge, remembering Nietzsche's famous adage about the Abyss and the madness viewed.

There is madness contained in this book, and the insanity is interwoven with darkness. Trust me.

The first story entitled Phillip's Story is actually my favorite. It involves a homeless man and two "wanna be" robbers. The story is just a teaser into this "darkness" I've been telling you about, a teaser intermingled with the soft heartedness of Phillip, a homeless man, as he struggles to come to grips with a sudden onslaught of wealth that has come into his possession. The reason I love this story is that it shows so much heart in the midst of terrible darkness.

The second story entitled `Round These bones entails a man's journey after receiving very bad news from his wife. In fact, the news can't get much worse than what she tells him. At a rented cabin intended to be their second honeymoon, the main character James is blinded by heartfelt pain. He leaves the cabin in his vehicle. What he doesn't realize is that bad luck is coming in the form of cutting instruments, stalled car engines, and one heck of an appetite. I can't say more without giving it away.

The Woodshed is a story that seems like an onion to me, in that it is multilayered. As you turn each page, a little more of the outer layer of onion is removed. You go through the usual layers of intrigue and plot and subplot, just like a good read is supposed to go.

Then something goes horribly wrong, but in a good way. Author AJ Brown doesn't end this story when you think it's going to; the layers just don't stop. They just keep coming and coming, getting deeper and darker. As the story's plot continues to open up, page by page, the darkness almost blossoms as the layers of petals unfold in your mind. It's a creepy feeling.

The Woodshed is like that. It's like an onion, as I've said. But it's also like a multilayered flower exploding in slow-motion within your mind. You won't know what I'm writing about until you think you near what you think is going to be the conclusion of The Woodshed. You'll think you're at the end, that they'll be a nice and orderly bowtie-ending. But there isn't. By the time you hit this part of the story, the nightmare is just beginning.

These three stories comprise an awesome descent into darkness! If you like to delve into horror from time to time, this is a must-read.
Read more
2 people found this helpful
Helpful
Comment Report abuse

Lindsey B. Goddard
5.0 out of 5 stars Talent on the rise
Reviewed in the United States on February 20, 2012
Verified Purchase
I read a lot of small-press books, and to be honest, I don't set my expectations very high before digging in. The market is riddled with good attempts that just don't have the writing quality to draw a solid fan base. However, after reading "Along The Splintered Path", I immediately recognized that AJ Brown is not only skilled in the technicalities of writing, but also creates complex and relatable characters that are sure to pique some interest. These stories read exactly the way a story should, effortlessly. You'll forget you're reading & end up inside the tale, and isn't that the point of fiction? This collection is an affordable price and an enjoyable addition to my Kindle library. Well done, Mr. Brown.
Read more
2 people found this helpful
Helpful
Comment Report abuse

#mistressdread
5.0 out of 5 stars Awesome
Reviewed in the United States on January 26, 2016
Verified Purchase
The first story was a great tale of something good and something better coming out of something bad. The second story was a scary tale that could absolutely happen to any of us. That third story though..... wasn't sure Jeff Brown could go there but he sure did and I loved it. A son's revenge and a demonic father come to torment. Another fantastic book from the man A.J.BROWN !
Read more
Helpful
Comment Report abuse

IamOneill
4.0 out of 5 stars Not to be read late at night
Reviewed in the United States on December 18, 2012
Verified Purchase
......certainly not the last story 'the woodshed'

This book was a surprise, well written and a touch of Stephen King. Each story was quite different, and all were intriguing and at times disturbing. I enjoyed 'Phillip's story' the most - a gentler although still sad story. Truth be told none of the stories will renew your faith in mankind, but all will draw you in and make you wonder.

All in all, a great read. Am glad I stumbled across it and bought it.
Read more
One person found this helpful
Helpful
Comment Report abuse

Paula
5.0 out of 5 stars Dark and Emotive
Reviewed in the United States on January 8, 2012
Verified Purchase
AJ Brown has a gift for expressing the emotions of his characters. Within the three stories found in this collection, individual journeys are riddled with landmines of torment that lead to discovery. Sometimes the discovery is life afirming and sometimes it is life threatening, but never is it mundane. If you enjoy crawling into the skin of a character and seeing the world through their eyes, no matter how traumatic the view, you'll enjoy the writing of AJ Brown.
Read more
4 people found this helpful
Helpful
Comment Report abuse

Stephen
5.0 out of 5 stars Along The Spilntered Path
Reviewed in the United States on January 14, 2012
Verified Purchase
I really enjoyed reading these 3 books. Very few books keep my interest, let alone keep me on the edge of my seat wanting to know what happens next. These 3 did just that. I also love the attention to detail. It was as If I was there watching everything unfold in front of me. "Around These Bones" & The Wood Shed" all had very clear endings. "Phillips Story" left me wonder what happened for a couple of the character & could very well leave A.J. Brown a chance to write other books & tie them into different parts of this on. All in all these are great reads that really, I feel like I got them for a still, at only $2.99. I hope that there's more to come soon.
Read more
3 people found this helpful
Helpful
Comment Report abuse

uneqe
5.0 out of 5 stars First review of AJ Browns Stories "Along The Splintered Path"
Reviewed in the United States on January 6, 2012
Verified Purchase
I liked all three stories in "Along The Splintered Path". I liked "Phillip's Story" the best. I really liked the way it was written. It was a little different from most of the stories I read. I would rate the stories as follows: "Phillips Story" first,"The Woodshed" second and "Round These Bones" third. I would really like to see Mr. Brown's book in print so that I may get him to autograph it for me. I look forward to reading more by this author.
Read more
6 people found this helpful
Helpful
Comment Report abuse

Angie
3.0 out of 5 stars Not bad
Reviewed in the United States on March 24, 2012
Verified Purchase
The stories weren't bad some were pretty interesting. It kept me entertained and I'll definitely look out for other books from this author.
Read more
One person found this helpful
Helpful
Comment Report abuse
See all reviews

Wendy
5.0 out of 5 stars Greatly Enjoyed
Reviewed in the United Kingdom on June 19, 2012
Verified Purchase
This is the first I have heard of AJ Brown but highly recommend this book to everyone. Three great reads and not short. Will be looking for this author to purchase more.
Read more
Report abuse
See all reviews