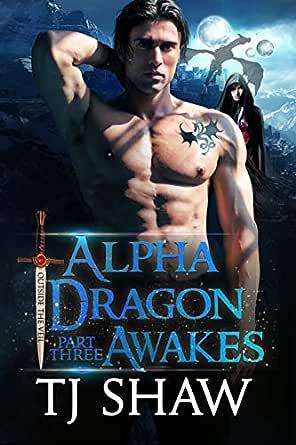 You've subscribed to Outside the Veil! We will preorder your items within 24 hours of when they become available. When new books are released, we'll charge your default payment method for the lowest price available during the pre-order period.
Update your device or payment method, cancel individual pre-orders or your subscription at
Your Memberships & Subscriptions
There was an error. We were unable to process your subscription due to an error. Please refresh and try again. 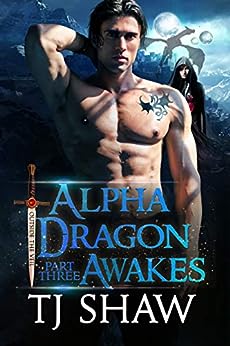 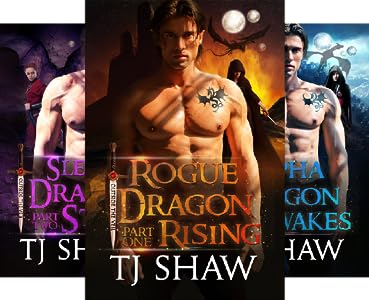 
Although she had seen Jaxon's dragon numerous times, she still trembled over the magnificent beast standing with its neck curved in an elegant arch, staring down at her. Closing her mouth that had somehow fallen open, she stepped beside him. Unafraid of the creature who could easily crush her, she skimmed her hand along its sleek neck. A shudder rippled beneath her palm, stilling her exploration of a muscular shoulder. "You're beautiful."

His deep, reverberating purr filled her with contentment. "Don't say that in front of the men."

"I promise," she said with a solemn nod.

He lowered his head so she could reach a horn. Without hesitation, she grabbed the thick base and stepped onto his foot. He lifted his leg and she pushed off, pulling herself into the natural dip between his shoulder blades.

After settling herself, she patted his neck. He twisted his broad head and amber eyes fixed her with a hard glare. "We're not a dog, nuri."

Matching his gaze, she threw her arms out in front of her in a shooing motion. "Well, I don't know what to say when I'm ready."

Jaxon's dragon chuffed, the rumble vibrating her entire body. "You never cease to amuse me," he admitted before his tone sobered. "Remember, you're not in a saddle, so hang on. We won't go too fast to unseat you."

She dutifully leaned forward and grabbed his horns, her upper body resting along his neck. His dragon crouched,and muscles tensed beneath her. She held her breath in anticipation.

"I enjoy having you astride me," Jaxon murmured just before leaping skyward.

The air rushed from her lungs, although she wasn't sure if her sudden inability to breathe stemmed from the force of the jump or Jaxon's whispered confession.


As a child, TJ thrived in the Arizona desert. By the age of five she was riding horses through cotton fields, and by eleven, bought her first motorcycle. Growing up with teachers as parents meant traveling during the summer. Hiking, backpacking, fly fishing, climbing pyramids, surviving earthquakes, and flying in hot air balloons were just some of her adventures. An avid day dreamer, she would lose herself in mystical worlds and far off places limited only by her imagination.

Her debut novel, Caller of Light, a high fantasy romance, was dedicated to her mother who died of ovarian cancer. Following the success of Caller, she entered the realm of vampires and cops. Using her experience as a police officer and felony crimes prosecutor, she applied a realistic background to the paranormal world she created for Divergent Bloodline.

In the Outside the Veil series, TJ returns to her first love, high fantasy romance.

TJ writes from her heart by incorporating her dreams and experiences to create strong, passionate characters who must overcome personal flaws to survive against the challenges of traversing through magical realms, undiscovered planets, and apocalyptic catastrophes.

You may contact TJ at tjshaw.com. She'd love to hear from you.