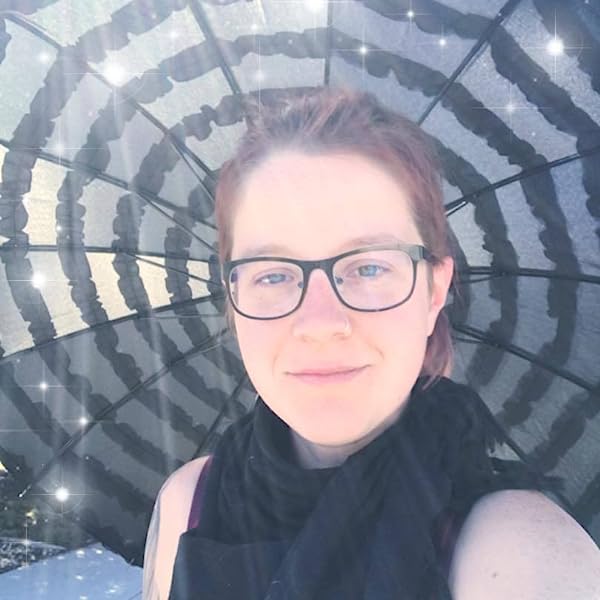 Start reading Alpha: An Urban Fantasy Novel (War of the Alphas Book 3) on your Kindle in under a minute.

4.6 out of 5 stars
4.6 out of 5
144 global ratings
How are ratings calculated?
To calculate the overall star rating and percentage breakdown by star, we don’t use a simple average. Instead, our system considers things like how recent a review is and if the reviewer bought the item on Amazon. It also analyzes reviews to verify trustworthiness.
Top reviews

Kathy A Barber Doyle
4.0 out of 5 stars Alpha: An Urban Fantasy Novel - Book 3
Reviewed in the United States on May 28, 2019
Verified Purchase
Deirdre Tomes, is a Phoenix, a shifter, a Beta to a madman terrorist, shifter, drug user named Everton Stark and nothing she is trying to do to create peace and a better life for gaeans (shifters) will fall into place.
The world is in chaos, shifters want freedom, allies turn on each other and those in politics want only their agenda to be accomplished no matter who is hurt or destroyed.
Deirdre still stays with Stark, Even though he continues to be violent toward her. She is still a weak and sad character.
The story continues with Stark trying to get shifters rights changed, but not by an election process. Most all of the other warring parties, including Deirdre want an election.
Death, vengeance, drug use, orgies, deception, violence against woman, humans, shifters, seelie and unseelie and Magic are the main themes of the story.
Now on to the last book of the series.
Kathy Barber Doyle - 5/28/2019

StacyG
4.0 out of 5 stars Again great story disappointing characters
Reviewed in the United States on June 16, 2015
Verified Purchase
I really liked Deidre in the first book, but after that she has become a shell of herself and committed herself to a man who physically and emotionally batters her. It is like being in a domestic violent situation and never getting out of the situation. In addition, she is so worried about letting stark know about her ability to not listen to his compulsion that she will do ANYTHING he says no matter the cost. Where does it end. All I know is that it leaves a sick taste in my mouth because the main character is so weak.
Read more
6 people found this helpful
Helpful
Comment Report abuse

June
4.0 out of 5 stars This was not what I thought it would be.
Reviewed in the United States on January 28, 2018
Verified Purchase
This book was hard at first to get a handle on the world. After that I started to get it. Resin for the 4stars is because yes she had a hard life but for on do we have to address it all the time. Also I had a really hard time getting the next book because she is hit a few times by men. Kind of hard for me to want the next one but the story won out.
Read more
Helpful
Comment Report abuse

Tricia F
4.0 out of 5 stars Was hesitant but fell in love!
Reviewed in the United States on June 25, 2015
Verified Purchase
I have immensely enjoyed these books! Love being able to still read about Rylee Gresham. Loved the mix with the OPA, Fritz Freiderling. I'm hoping did to certain references that "the godfather" whom I dearly miss will somehow make a reappearance. I was shocked that the Brother turned out to be who he was. Shocked at who the powerful mage was. Maybe it was so unsuspecting it was right in front of my face and I didn't catch on till it was in your face. Loved it! I'd highly recommend this series to anyone. Especially the ones who loved The Ascension stores! S.M.Reine is awesome! Thank you, thank you for these wonderful series!
Read more
Helpful
Comment Report abuse

Avid Reader
5.0 out of 5 stars Run for your life
Reviewed in the United States on June 11, 2015
Verified Purchase
It had been some time since I read the first book in the series and it only took a few pages for me to come up to speed.
You either love or hate a character based on the storyline and it was difficult to put the book down to do other things. I
couldn't wait to find out what happened, so I was still reading late at night to finish the book only to find out there is another
segment (novel) to read to get the complete picture. These are fun books.
Read more
Helpful
Comment Report abuse

crystal young
2.0 out of 5 stars Pretty violent book really
Reviewed in the United States on September 21, 2016
Verified Purchase
Pretty violent book really... Did not enjoy it much, I dislike violence toward women and this book not only has it, but makes it the norm, and perfectly acceptable. The plot, I get, but where is the conclusion? Left a lot hanging in the end of the book series. Apparently there are more linked with this series. I do will not be reading anymore from this story line.
Read more
3 people found this helpful
Helpful
Comment Report abuse

Witch-at-Heart
5.0 out of 5 stars A great series with unique characters!!
Reviewed in the United States on June 11, 2015
Verified Purchase
This series does not disappoint!!!!! I could hardly put it down from start to finish and I am waiting with anticipation for book number 4.
I really do love this author and with each book she gets better and better and the stories become richer and more complex. I love the world and characters she has created for Deidre and it is easy to see why her loyalties become so torn. If you love urban fantasy this author is for you and you will love her books!!!
Read more
Helpful
Comment Report abuse

Romance Regular
3.0 out of 5 stars Not for the Young and Impressionable
Reviewed in the United States on September 11, 2015
Verified Purchase
Nothing to do with how the book is written, but the series in general I hope is not read by the young and impressionable. Certainly different from some of the other typical Urban Fantasy's going around however, very disturbing Stockholm Syndrome type scenarios where the heroine develops feelings for a man that beats her and gets her addicted to drugs. For a developed mind only.
Read more
One person found this helpful
Helpful
Comment Report abuse
See all reviews

A British Bookworm
5.0 out of 5 stars Wow
Reviewed in the United Kingdom on July 16, 2015
Verified Purchase
Wow. This book is packed full of action and violence. And yet. There is an underlying hint of sadness, and confusion.

Deirdre is struggling, and has yet to fully come to grips with her animal, whilst trying to do the right thing. And she is torn between two total nightmare shifters, both of whom have their own agendas, and both of whom hold their own attractions.

This penultimate book in this series is building to what will surely be an epic final chapter. I, for one, can't wait.
Read more
Report abuse

Amazon Customer
5.0 out of 5 stars Brilliant
Reviewed in the United Kingdom on February 25, 2019
Verified Purchase
Yet again another brilliant book from an amazing author this series of books just gets better with each book it's almost impossible to put down it gives you a hunger you can't control and a desire for more.
Read more
Report abuse

Zarita Damon
1.0 out of 5 stars can't be bothered a read anymore and main character annoying
Reviewed in the United Kingdom on November 10, 2015
Verified Purchase
I liked the series before this one but just can't get into the new main characters. I find her annoying and don't like how the author changed the old characters. So much so I can't even read how this seiries end. And I normally stick it through even if not the greatest fan of a book as I'm the type that needs to know how it ends. But this seiries I don't care and don't want to know. ( I did try to read all the books but just got more and more annoying)
Read more
Report abuse

Gem
5.0 out of 5 stars I love this series
Reviewed in the United Kingdom on June 29, 2015
Verified Purchase
I started reading this series in 1 day, I can not get enough! I want more now!
I can't say enough how good this series has been, best urban fantasy series I've read in a while.
Read more
Report abuse
See all reviews
Pages with related products. See and discover other items: kresley cole books