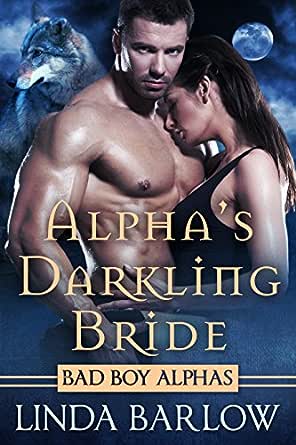 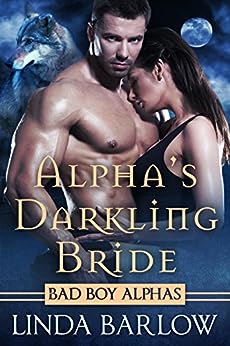 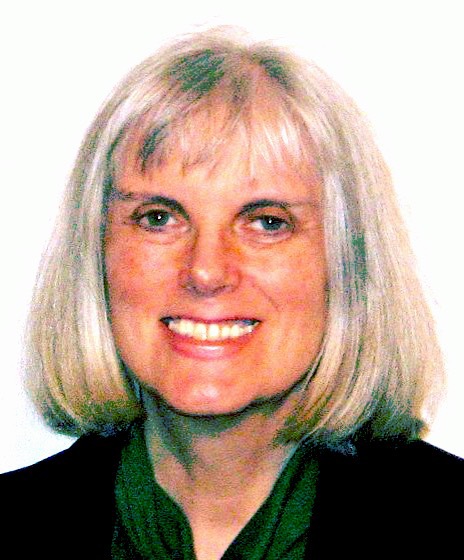 4.5 out of 5 stars
4.5 out of 5
271 global ratings
How are ratings calculated?
To calculate the overall star rating and percentage breakdown by star, we don’t use a simple average. Instead, our system considers things like how recent a review is and if the reviewer bought the item on Amazon. It also analyzes reviews to verify trustworthiness.
Top reviews

Karli
5.0 out of 5 stars Darkling
Reviewed in the United States on October 4, 2015
Verified Purchase
I first read Linda Barlow in an anthology and found this book as I explored her other books. It is a great standalone with an HEA, though the two books at the end preceed it chronologically and provide background for Jess, the female lead.
Jess, a multiform shifter with Scottish mother and American father, has returned to her grandfather's ranch in Montana from Scotland to get away from her mother's attempts to marry her off to Cameron, another multiform shifter and her second cousin. She soon learns, however, that her grandfather, a wolf shifter, has been keeping secrets when they are involved in an accident and he is hospitalized. Before he dies, he alludes to debts and extracts a promise from her not to contest his will.
Cade is Tom's Alpha and long time friend. Jess remembers him from her childhood as the black sheep of his family. His father was Alpha and his older brother was expected to follow as Alpha. But after their deaths, Cade was chosen to lead his pack, winning over another contender, Brandon. Cade's ranch adjoins Tom's and he has made an offer to buy Tom's land. Tom also gains his promise not to contest his will.
When Tom's will is read, both Cade and Jess are present, both stunned. Tom has left his ranch and home to both of them. But to claim it, they will have to marry and stay married for six months. Otherwise the ranch will be sold to a land developer and the proceeds will be donated. Both promised to follow his wishes, never expecting to be snared in an arranged marriage. For Jess it's out of the frying pan and into the fire. For Cade it a win win-sex with an end date. But Jess has secrets of her own.

Rebecca M Membreno
5.0 out of 5 stars Grandpa knows best
Reviewed in the United States on September 24, 2015
Verified Purchase
A great paranormal romance. Jess comes back to the land she was born in to stay with her grandfather. She is a multiform shifter, who was tortured to not shift and was stalked by a cruel shifter. Cade is the local pack alpha and her grandfather's friend. Before her grandfather dies, he makes them both promise to not go against his will and attached letter. They both agree. When they are told the terms of the documents, they both balk, but then recall their promise and marry. Cade thought she would be like most females and that he wouldn't care. Jess surprises him constantly and he stays interested with the greatest sex he has ever recalled. He can't get enough and she tempts him when she needs to avoid letting him know about her true self.
With Cade being the bad boy, no one thought he would be the next alpha and there was one plotting against him from within giving lots of questions as to back story and a satisfactory response. Cade learns a lot about his new bride including her bad past and the darkness she believes she has inside. He does not turn away from her and encourages her to embrace both shifted forms. Through their love, she finds that darkling does not necessarily mean evil. It is rewarding when they truly declare their love and I totally loved this pair.
Read more
2 people found this helpful
Helpful
Comment Report abuse

Racycarr
5.0 out of 5 stars Match made in Heaven or Hell?
Reviewed in the United States on September 11, 2015
Verified Purchase
Linda Barlow always does such an amazing job on her books. I found that the way she done this one very interesting. I have read of a characters before that could shift in two different forms before, but not like this. Linda took a different and very interesting approach to it. Great job Linda.

Jess MacLeish was so unique, she was from a very power family of Highland shifters. Not only that but she had not only her human and wolf form but also her Darkling form. I felt so sorry for Jess. How awful it must of been to fear shifting because you were scared that the Darkling side would come out. The Darkling was like a vampire. It was her dark side and it craved blood. She feared of what or who it would hurt or kill. Jess how so much hurt from her past. She need not only help to except who she was but she need inward healing as well.

Had to love sexy Cade Derringer. Just his smile and his sexy voice made the women’s panties melt. He was the alpha of the Whitter wolf pack. He was true bad boy and loved his women. He had plan on never settling down, but one thing he knew for sure was that he wanted to have some fun with Jess. One thing I love about Cade was his love for his pack and compassion he had to help others. He is truly what you would like to read about for an Alpha and a mate.

Got to love Grandpa Tom. He had not only his granddaughter in mind but also his alpha. He loved the both of them very much. he decided he was going to play match maker from the grave. Now Cade and Jess would have to marry and live together in grandpa’s house for 6 months, conditions of the “Will”. Will Jess be able to keep her dark side hidden? Will they be able to keep not having feelings for each other? Will Jess end up kill Cade in his sleep?

Through out the book there was a couple of characters I did not like, but I have to say that by the end of the book my heart broke for one of them. I can not imagine going thru that kind of pain. Want to know more, well read the book.

There is a murder loose and danger seems to not be far, will Cade be able to catch the murder before it is to late?

There is a lot going on in this book. I received this book for free for an honest review. Trust me when I say Linda will not disappoint.
Read more
One person found this helpful
Helpful
Comment Report abuse

J. Lemay
5.0 out of 5 stars To marry a bad boy
Reviewed in the United States on September 9, 2015
Verified Purchase
This is another delightful Linda Barlow romance. She always gives a fresh twist to classic romantic plot lines--in this case, the marriage of convenience. It is the heroine who initiates what she thinks will be one hot night of casual sex, and the bad boy shifter hero who falls hard for her before she falls for him.

There's fun, laughter, and lots of yummy sex that's organic to the developing relationship. As the heroine's dark past unravels and the hero deals with a mysterious series of deadly attacks, the story grows ever more suspenseful. Once I started reading, I couldn't put it down.
Read more
2 people found this helpful
Helpful
Comment Report abuse
See all reviews

Ali Dee
4.0 out of 5 stars Enjoyable
Reviewed in the United Kingdom on April 1, 2019
Verified Purchase
A bit slow, but an enjoyable story.
Read more
Report abuse

stephanie 123
5.0 out of 5 stars Amazing
Reviewed in the United Kingdom on December 20, 2015
Verified Purchase
Thoroughly enjoyed this book considering I had never read any shifter books before and usually avoid. The plot and the characters drew me in from page one. This author definitely has me hooked on this style.
Read more
Report abuse

EAD
5.0 out of 5 stars 5 stars
Reviewed in the United Kingdom on September 16, 2015
Verified Purchase
This is the first time I have read from this author, and if this book is a good judge of her work. I will be reading her other works.
Just brilliant.
Read more
One person found this helpful
Report abuse

Sarah Loopy Green
4.0 out of 5 stars Writing is great
Reviewed in the United Kingdom on October 1, 2015
Verified Purchase
This book was a little different to my usual type, but definitely an opening to read more of this style. The story line was good and the characters were awesome. Definitely an author I'll be following.
Read more
Report abuse

shell
5.0 out of 5 stars 5 stars
Reviewed in the United Kingdom on October 4, 2015
Verified Purchase
I don't normally read this type of book but really glad that I downloaded it as it was an epic read, don't miss out its keeps you reading till the end
Read more
Report abuse
See all reviews