You've subscribed to Also Known As! We will preorder your items within 24 hours of when they become available. When new books are released, we'll charge your default payment method for the lowest price available during the pre-order period.
Update your device or payment method, cancel individual pre-orders or your subscription at
Your Memberships & Subscriptions
There was an error. We were unable to process your subscription due to an error. Please refresh and try again. 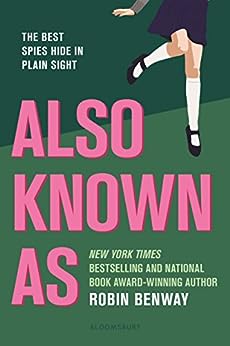 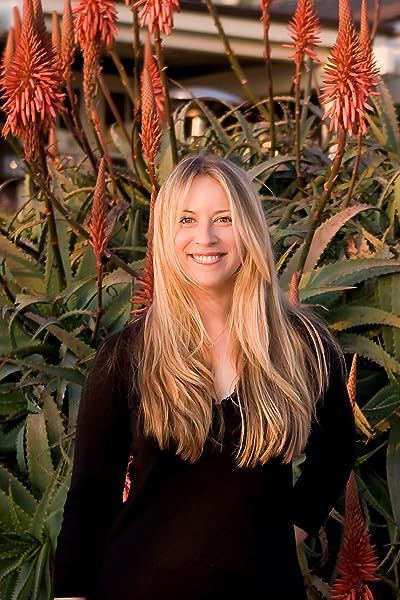 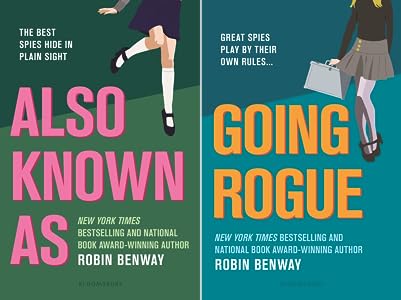 *Starred Review* Maggie, 16, is the daughter of spies and a spy herself, and she is particularly genius at cracking safes. What she has never been is an average teenager. So when her assignment from the Collective—the first she is doing on her own—involves attending private school in Soho, she is all over it. Her job is to get friendly with rich boy Jesse Oliver, whose dad may publish findings that will blow the cover of the Collective and steal the dossier. She doesn’t count on finding a crazy best friend, Roux, and developing feelings for Jesse, which makes milking him for information between kisses particularly icky. The connection between the revealing information and the Olivers is only a MacGuffin, but the mystery element does lead to an exciting, energetic, running-around-NYC ending. What’s really great about this, though, are the voices. Maggie’s smart and mostly sure first-person narrative is extended by the insights of bad, sad girl Roux and Maggie’s elegant spy handler, the British forger Angelo. Even if you don’t think you like spy stories, this one is fresh and fun. Grades 7-10. --Ilene Cooper --This text refers to an alternate kindle_edition edition.

Robin Benway is the acclaimed author of Audrey, Wait! and The Extraordinary Secrets of April, May & June, both ALA Best Books for Young Adults, among other honors. Benway’s books have been published in sixteen languages, won numerous international awards, and been bestsellers in several countries. Formerly a bookseller and book publicist, she lives in Los Angeles. --This text refers to an alternate kindle_edition edition.
Read more

4.1 out of 5 stars
4.1 out of 5
133 global ratings
How are ratings calculated?
To calculate the overall star rating and percentage breakdown by star, we don’t use a simple average. Instead, our system considers things like how recent a review is and if the reviewer bought the item on Amazon. It also analyzes reviews to verify trustworthiness.
Top reviews

Savannah
4.0 out of 5 stars A Fun Adventure
Reviewed in the United States on November 27, 2015
Verified Purchase
Margaret didn’t have a conventional childhood. When other kids were fighting on the playground in elementary school, she was breaking into safes and cracking locks. Her parents are both spies and they raised her to be the same. Now, Maggie is going on her first solo mission, which is to befriend Jesse Oliver to get information about his dad. The mission gets complicated when her feelings get in the way…

This book was very entertaining. I totally thought Maggie’s safe-cracking ability seemed unreasonable for her age when I was going into the book, but I think Robin Benway did a great job of making it believable. She gave Maggie a good amount of technical knowledge about it that made it feel reasonable.

I really enjoyed all the characters in this book. Roux was probably my favorite character. She’s just enough spunky and vulnerable. She made things fun and she was full of surprises. The only thing I wished about her is that I could’ve gotten a better description of what she looked like. I couldn’t quite picture her. In fact, I really wish all the character descriptions were a bit more detailed.

Maggie was great. I loved how she talked to herself and needed to give herself pep talks. I totally am the same way and I really appreciated that she was like that. I really liked her voice in the book, which is good because the book is fully in her perspective.

My few complaints about the book are the beginning and the ending. The beginning felt a bit too much like she was going to tell us the whole story of her life. It was just too much of filling us in to get up to speed, but it gets into the story fairly quickly, so it wasn’t super bothersome. The ending felt a bit rushed. I really liked the pacing of the book before that point, but all of a sudden it speeds to the end after. I did enjoy the ending, it just seemed to all happen so quickly when the rest of the book didn’t seem to be passed quite as fast.

(Kind of Spoilers!) For some reason during all of this book, I was suspicious of the Collective. I totally thought there would be a twist and the Collective would actually be evil and Maggie and her parents just didn’t know. I mention this because that suspicion was totally wrong. I have no idea why I felt that way, but something in the writing or plot just gave me the impression of it. (End Spoilers.)

Overall, I really liked this book. It kept me really entertained and I definitely will read the next book in the series.
Read more
Helpful
Report abuse

Stormy
4.0 out of 5 stars Cute Spy Fun
Reviewed in the United States on April 25, 2014
Verified Purchase
Also Known As completely charmed me. I was a bit worried going into it–teenage spies? really?–but it won me over in the end. I know the teenage spy books have always been popular, but they’re never really been my thing. However, I really loved the humor in Audrey, Wait!, Robin Benway’s debut novel, so I decided to give it a chance. Even though Also Known As did require some suspension of disbelief, I was relieved to find it never felt ridiculous or over-the-top to me. Looking back, maybe parts should have, but I was enthralled with Maggie’s story enough that I breezed right through those parts.

I really liked the insights into Maggie’s safe-cracking ability. If you’re going to make me believe that this teenage girl really can crack almost any code, you better give me some proof, and, well, Benway did. She showed her intelligence in other ways throughout the novel, even though she definitely slipped up at times(as is understandable).

But even more than Maggie’s spy activities, I really loved the glimpse of this girl who has been anything but normal all along trying to be a normal teenager. She’s a fish out of water from the start, and it doesn’t take long for that to lead to some humorous moments but also some really poignant moments of friendship. I love that strong friendships have been components of both books I’ve read from Robin Benway. I also really liked seeing Maggie’s relationships with her parents in Also Known As. It’s unconventional, due to the nature of their work, but it’s a strong relationship and it’s nice to see parents be so involved in YA.

Jesse Oliver, the love interest, was smile-worthy as well. I loved seeing Maggie interact with a boy she has a potential interest in and trying to figure out HOW to navigate the world of romantic relationships, which is an area she’s had little experience in. Their interactions are sweet and sometimes awkward, but mostly adorable.

Even though there’s some spy activity in this book, it was mostly just a cute read. I think that might disappoint some people who want Also Known As to be a little more, but it was right what I wanted at the time. I read this one after finishing some quite lengthy and serious books, and getting to enjoy Maggie’s world for a little bit was highly enjoyable and amusing. I did have a few minor issues towards the end about how something happens and Maggie doesn’t try to inform her parents, which I think would have taken care of a lot of the problems, but I’ll let it slide since it worked out well in the end.
Read more
Helpful
Report abuse
See all reviews

CP
3.0 out of 5 stars Funny spy book for YA but the teenagers are too spoiled for my taste
Reviewed in Canada on November 5, 2016
Verified Purchase
Maggie Silver is a 16-year-old safecracker and daughter of international spies who work for the group called the Collective.
When she gets her 1st solo assignment as a spy at a private high school in New York, she's very excited. After she befriends with Roux & becomes smitten with her target, Jesse Oliver, it's becoming harder for Maggie to keep her cover while trying to collect the evidence from Jesse's father's safe.
While Maggie is a fun teenager girl, I don't like her new friends much, not about the binge drinking and devil-may-care attitude of spoiled rich kids.
I guess this series is written for YA, but the way these kids are drinking and skipping schools are not a good examples at all.
Read more
Report abuse

Scotty68
1.0 out of 5 stars Same book, different title :-(
Reviewed in the United Kingdom on August 23, 2015
Verified Purchase
BEWARE if you are buying this book from Amazon. One star is not for the book itself, but for Amazon. I bought this book for my daughter, who had read Spy Society by the author and loved it. Only when she started to read it did we realise that this is THE SAME BOOK under a different title. Amazon should really make it clear that this book has been published with two different titles (presumably one in the UK and one in the US?)
Very disappointing from Amazon not to be clear.
Read more
One person found this helpful
Report abuse
See all reviews