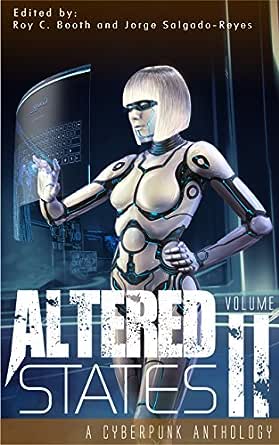 You've subscribed to Altered States cyberpunk anthologies! We will preorder your items within 24 hours of when they become available. When new books are released, we'll charge your default payment method for the lowest price available during the pre-order period.
Update your device or payment method, cancel individual pre-orders or your subscription at
Your Memberships & Subscriptions
There was an error. We were unable to process your subscription due to an error. Please refresh and try again. 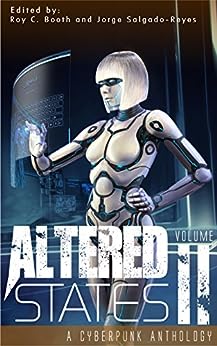 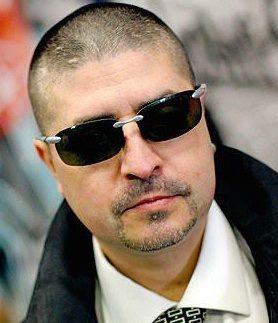 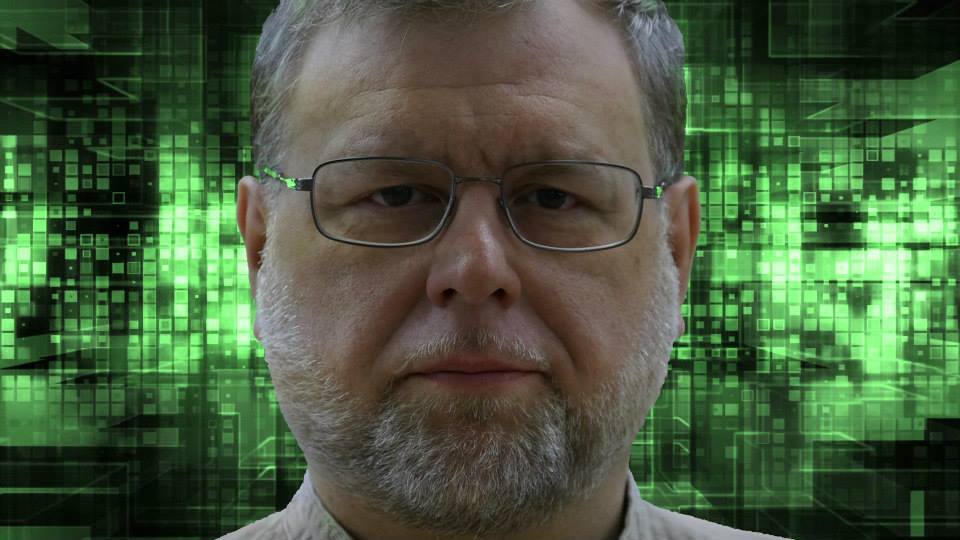 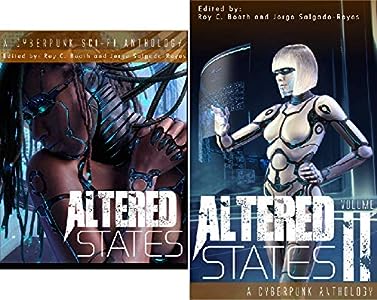 As the name suggests, Altered States II transmutes the human race and their surroundings through technology and ambition, leaving behind inhuman creatures looking to survive in their ruins or forge new worlds for them to pollute. Self-aware machines, people as hosts for foreign objects, mundane ritual with no one to appreciate it - the glimpses into the future and exaggerations of the present collected in this anthology take advantage of sci-fi landscapes that have seen a resurgence in recent years. With their increasing ubiquity these kinds of stories are quickly losing their allure. To stand out, Altered States II unifies around a single theme that attempts to say something about our collective transmutation in a novel way. -- Neon Dystopia

Tyr Na Nog
3.0 out of 5 stars More on theme than the first anthology
Reviewed in the United States on February 19, 2020
Verified Purchase
This anthology has stories that are in the cyberpunk or related genres of science fiction which is an improvement over the previous anthology which was maybe a quarter cyberpunk. This anthology lacks the really good gems of the previous anthology but also barring the last story doesn't suffer from the duds. The flow of the stories is much better as you move from one to the next which is very important when collecting and curating. The previous anthology felt like the collection was worse than the sum of its parts but this one feels better than the sum of its parts so baby steps. You could tell these authors probably played Shadowrun and read William Gibson.

My favorite stories were probably the droid feeling flat and the love and death with robots in nebraska but there were a lot of solid stories in this anthology so don't think that the 3 stars means it is bad it just means it has a lot of improvement to go through before it can play at the level of a Gardner Dozois level anthology for example.

I think a lot of these authors have a lot of talent and a few subtle tweaks on the stories by a good editor could easily bump them up in quality. Kill your darlings after all as some could have been trimmed while a few could've used a few extra paragraphs. No doubt we will be seeing more of these authors in better anthologies as they grow as writers.
Read more
One person found this helpful
Helpful
Report abuse

David Castlewitz
4.0 out of 5 stars A good read
Reviewed in the United States on January 13, 2017
Verified Purchase
A worthwhile anthology of cyberpunk stories. Even the couple with which I'd nitpick for one reason or another were worthwhile reads. As with any anthology, the viewpoint and the writing style and the intensity of the story changed from story to story. All in all, worth the time invested to peruse.
Read more
3 people found this helpful
Helpful
Report abuse

Mark Wilkowski
5.0 out of 5 stars Another winner!
Reviewed in the United States on March 21, 2017
Verified Purchase
I really enjoyed this second installment of the series, just like I did the first. A tip of the hat to editors Booth and Salgado-Reyes for another winner!
Read more
2 people found this helpful
Helpful
Report abuse

scott
5.0 out of 5 stars Book great. Book 2 great. Book 3? PLEASE!
Reviewed in the United States on June 5, 2020
Verified Purchase
Great second ride into varied cyberpunk worlds. The only bad part is getting to the end!
Being on Anthology 3 NOW
Read more
Helpful
Report abuse

Amazon Customer
5.0 out of 5 stars Altered States II Collects Technological Dependence in Short Stories
Reviewed in the United States on January 25, 2017
As the name suggests, Altered States II transmutes the human race and their surroundings through technology and ambition, leaving behind inhuman creatures looking to survive in their ruins or forge new worlds for them to pollute. Self-aware machines, people as hosts for foreign objects, mundane ritual with no one to appreciate it–the glimpses into the future and exaggerations of the present collected in this anthology take advantage of sci-fi landscapes that have seen a resurgence in recent years. With their increasing ubiquity these kinds of stories are quickly losing their allure. To stand out, Altered States II unifies around a single theme that attempts to say something about our collective transmutation in a novel way.

Our own Isaac L. Wheeler (Veritas) wrote the introduction to this anthology. He gives a brief history on cyberpunk trappings and the evolution of the genre before it began its descent into obscurity in the 1990s, making room for a new generation of writers that were less mesmerized by the promise of technology and instead narrowing the focus to characters or looking for ways to make science-fiction weird in ways that made the presence of actual science in any form more superfluous than before. This trend didn’t last long.

The dawn of the new millennium made room for writers to make a throwback to cyberpunk’s early days while adding a new flavor; now the science had a human element again, directly contributing to the state of the characters, but often sitting in the background, acting as a contributor to the world’s state rather than the direct agent for the plot. The genre had rediscovered its nihilistic footing, affirming that science–in the context of this genre can be extrapolated to act as a stand-in for any number of things–and the people who use it and are directly affected by it won’t make the world better because they themselves are inherently flawed or limited in their ability to better themselves. Though the first few stories struggle to put this at the forefront of their premises, and not let their description of imagined futures run amok, the bulk of Altered States II craft their narratives around this point.

Tom Borthwick’s “Silencing the Machine” is possibly the best of the bunch. In this story, Borthwick invites the reader to sojourn into the dearth that is nature and watch a cyborg, Sark, shutdown. Sark is low on battery. Seeing little point in recharging again, he’s turned his back on the modern world that made his hybrid existence possible and sought to join real humans. Away from his world, real people, organic people, live with limited interaction with technology, moving back to a late 20th-century era out in the woods, living in cabins and hunting for food. Sark’s trek is equal parts depressing and terrifying. His cybernetic body requires constant contact with technology to live, and to live like his ancestors had requires bravery; he knowingly marches into nature while also accepting the limitations that it has imposed on the organic parts of himself. It’s an apt metaphor for our current technological dependence, and how the idea of going a day without the most basic of consumer electronics conjures up thoughts of savages who feel most comfortable with nature, and the feeling that life is going on without our input. But perhaps there is a point to the limitations imposed on us at birth, and there’s a sense that this is the case when a calm settles over Sark as he sits down under a tree when his battery is finally exhausted. It’s the last time he’ll ever move and he’s satisfied with the thought of decomposing, feeding nature his body. And in turn, the world will reward him by bringing him back to a natural existence.

Altered States II takes this atmosphere of identity loss and disability through technology to futures with humans and without, in known cities that have been destroyed and off-world start-ups that are built on the backs of unwitting slaves. Machines struggle for purpose and people look for ways to limp on for another day. And at every turn, it’s shown that people, or at least their influence on technology, is to blame for the lack of solutions to their larger problems. Not every entry into this anthology meets that interesting mark, but for the stories that do, one is left in a state of wondering over the nature of objects and the people who imbue them with so much importance.