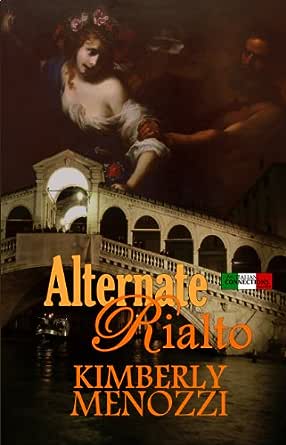 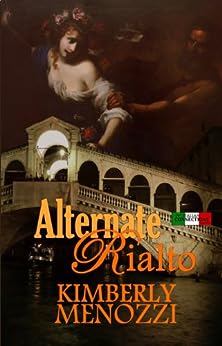 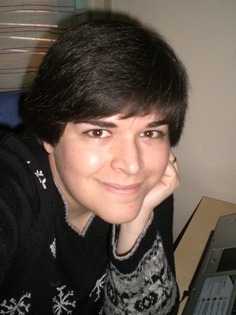 An aspiring writer from the age of eight, Kimberly Menozzi began writing her first stories instead of paying attention in school. While her grades might have suffered, her imagination seldom did.

She managed to keep most of her stories together for years, then lost them after a move when she left a trunk full of papers behind. (She meant to go back and get them, but circumstances prevented her from doing so.) So, she started over again.

And lost those, too.

After a trip to England in 2002, she began work on A Marginal Life (Well-Lived), inspired by the music of Jarvis Cocker and Pulp. The novel was completed in 2003, and is undergoing rewrites with hopes of publication in the near future.

Also in 2003, she met and fell in love with an Italian accountant named Alessandro. She married him in 2004. This necessitated her arrival in Italy and she has lived there ever since. After several months of working for language schools and writing blog entries for her family in the US to read, new story ideas began to develop.

Finally, in 2007, she began work on a new project, inspired by her love/hate relationship with her new home. The novel Ask Me if I'm Happy was completed in 2009. The novel was released November 15th, 2010, and Kimberly is presently at work on her next project, 27 Stages.

On April 28th, 2011, Kimberly published a novella, "Alternate Rialto", which is a prequel to Ask Me if I'm Happy. --This text refers to the paperback edition.

Belissima
4.0 out of 5 stars Whirlwind romance in Venice.
Reviewed in the United States on November 23, 2011
Verified Purchase
The romance of it is so heart wrenching. From the Venician canals to the piazza to the romantic back street restaurants. When Emily takes a jaunt to Italy with her gorgeous BFF, last thing she expected was a passionate love affair. Will she find the courage to take a chance at love? Lovely love at first sight romance. The heavy emphasis on Italian makes the story a bit difficult to read. Other than that, a great sizzling romance.
Read more
3 people found this helpful
Helpful
Comment Report abuse

Gini
4.0 out of 5 stars Pre- Ask me if I'm happy
Reviewed in the United Kingdom on April 29, 2012
Verified Purchase
Everybody has his own way of deciding how many stars to give to a book we read. My five stars are for books who captured me so much that I feel like I was not in this world anymore, made me feel so close to the story and so on.
So the only reasons I didn't give five stars but four (for books I really like) is first of all that it is too short for me. When a book is really good I most of the time start to get really into the story around one hundred pages. The book is just a bit over hundred.
The second and biggest reason is that I have read and loved Ask me if I'm happy by the same author. As Alternate Rialto is situated in the period before Ask me if I'm happy, I know about the characters, the future ..., which don't let me completely enjoy the story because of certain knowledge about characters. At the same time, having read this book, I love even mor the characters in Ask me if I'm happy.

Kimberly Menozzi wrote a delicious book called Ask me if I'm happy and with this pre-period story of it did again the same. I wish her talent would have made her write this story in a full book, like her other. It is a real pity for the people who don't know about her books, because I think they are misisng out on something really special.