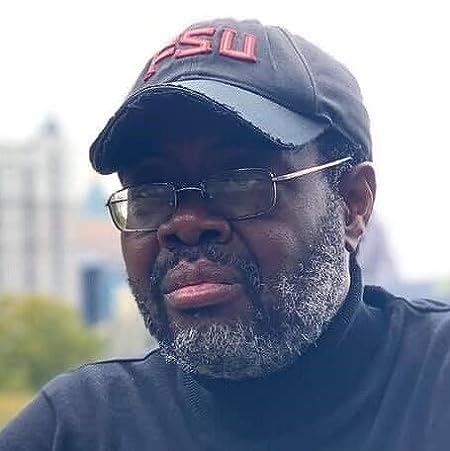 Born in and raised Caribbean, I am an adopted son of the South. A graduate of The Florida State University, I have a deep interest in politics going back to childhood. While a lawyer and social scientist, my favorite title is "dad" to my son. 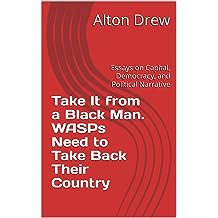 Take It from a Black Man. WASPs Need to Take Back Their Country: Essays on Capital, Democracy, and Political Narrative Nov 14, 2022
by Alton Drew
$5.00
Why did I write this book of essays? In large part it was due to watching too much cable business news and coming away with the feeling that the dots were not being connected between politics, law, and economy. So, I decided to listen to the bell ringing in my head, to follow the light shining at the end of the tunnel. I decided to take a deeper dive into my thoughts and connect the dots with what I could observe.

The result was a two-year journey into a better understanding of the American political economy. Using first principles and filling out my observations of system and human behavior by properly defining terms I discovered along the way; I drafted my own thesis: the political economy is an energy extraction system with money and taxes acting as the primary packets within which human energy is stored and transferred. At the core of the extraction process is a banking system where these packets of energy are repackaged and traded.
The only reason humans engage is for exchange, for trade of value. At the heart of any analysis should be the understanding of capital, money, and trade.

This essay is a compilation of published and unpublished blog posts made over the last two years. I do not claim to be a scholarly academic nor do I pretend to be. I prefer a raw and honest assessment of the world around me and hopefully that is transmitted throughout the text.
Read more