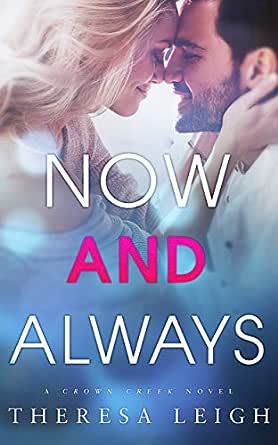 You've subscribed to The crown creek series! We will preorder your items within 24 hours of when they become available. When new books are released, we'll charge your default payment method for the lowest price available during the pre-order period.
Update your device or payment method, cancel individual pre-orders or your subscription at
Your Memberships & Subscriptions
There was an error. We were unable to process your subscription due to an error. Please refresh and try again. 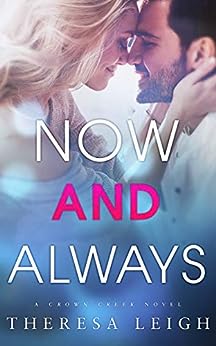 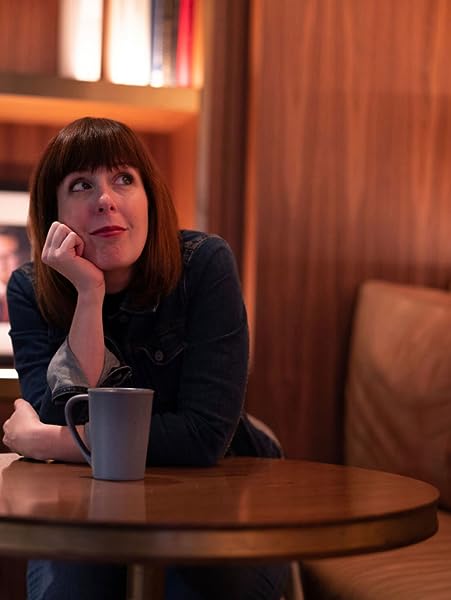 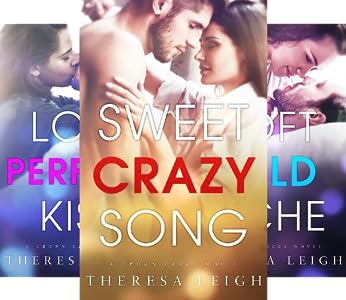 BookAddict
TOP 500 REVIEWER
5.0 out of 5 stars “We Were Still Us, But Now We Were Something More.”
Reviewed in the United States on February 12, 2020
Verified Purchase
This author is one who lured me in to the rock star trope, and while the Crown Creek series has moved beyond the original band members, all of these characters feel like home to me, so I was really looking forward to Clair and Ethan's story. Leigh has a way of making her characters come alive, with all of their flaws and idiosyncrasies, making me love them so much that I feel every emotion along with them. She gives us an angsty storyline with just enough drama and the perfect mix of the elements we love, making the book impossible to put down.

Claire and Ethan have been best friends since they first met in middle school. Ethan was a bookish student and faced considerable bullying from the Knight brothers who lived on “the other side of town.” Claire has always been a planner with a need to control, both in her own life and the lives of her friends, but she's become a successful businesswoman because of those traits. Ethan is no slouch as an adult, having built his own woodworking business, but I felt a little sorry for him, with Claire always on his case about dating this girl or that girl, getting a haircut, yadda, yadda, yadda. But they bicker, they argue, and then they make up. It's kind of their thing.

After one particularly volatile argument, Claire's bad decisions come back to haunt her, and every plan she ever had for the future is shattered. Her actions bring together the two opposing sides of town and force Ethan to face his past, but he's still there to pick up the pieces for Claire, with his compassionate, steadfast support, as he's been his entire life.

Truthfully, I liked Claire less at the beginning of this book than I had liked her from previous books. She was just a bit too full of herself, bossy and opinionated with a know-it-all attitude, with nearly everyone in her life. Yet somehow, Leigh had me sympathizing with Claire and invested in seeing her problems work out as she found her HEA with Ethan. And that, my reader friend, is a true gift, when a writer can coax the reader into loving a less-than-likable character.

This book has so much to recommend it, from the touching and poignant (The ending! Gah, I was so proud of all the adulting!) to the perfect placement of humor throughout the story. There's one scene that turns on a dime from heat to humor when Claire and Ethan are babysitting and her brothers and their gals return during Claire and Ethan's . . . well, let’s call it ‘afterglow’. It's pure comedic gold, and another shining example of this writer's talent.

If you're new to this series, you can start anywhere because these books all stand alone. This is really a great one to start with because you get an introduction to all of the characters. They appear throughout, so you’ll get to know them enough that you won’t feel lost but you'll be eager to read their stories once you meet them here. If you like your romance with a little angst, but all the other elements present and accounted for, you'll love this book. Claire and Ethan's story has the perfect balance of humor, heat and heart, and that trifecta is where this writer excels. Come to Crown Creek and meet the King and Knight families right away, because there's more in store for these amazing characters and I can already tell it's going to be fantastic! (The next one will be JD Knight's story. Yes, *those* Knights.) Make sure you don’t miss this feisty heroine, this swoony hero, and their phenomenal, heartfelt, humorous, happy-sigh-inducing story!
Read more
Helpful
Comment Report abuse

Jamie
3.0 out of 5 stars Not a fav of mine
Reviewed in the United States on February 20, 2020
Verified Purchase
This was such a hard review to write. I absolutely loved her other books and this one fell short. I will say this has to do with Claire. I did not like her whatsoever. She ruined it for me. I am not a fan of a female character acting the way she did. I wish Ethan had more of a backbone. “That’s just the way Claire is” come on now Ethan. The writing flowed well and was well developed. The characters need some work. I was actually looking forward to this book but this just didn’t do it for me. Claire couldn’t do anything for herself and her attitude I would have slapped her. And this is only at 20%. I ended up skipping to the rest of it. I love this author and will continue to read her books.
Read more
One person found this helpful
Helpful
Comment Report abuse

Vocabulary Master
5.0 out of 5 stars Friends to Lovers!
Reviewed in the United States on February 12, 2020
Verified Purchase
Book six in the Crown Creek series. Can be read and enjoyed as stand-alone with the same secondary characters throughout the series. Full length told in dual POV with HEA. Crown Creek is a small town with a tight knit group of close friends and family. Claire King makes vision boards, has a five-year plan, and knows exactly how her life should go. Ethan has been her friend and allowed her to “boss” him around sense middle school. This is an awesome best friend to lovers romance! I loved that Ethan was always there for Claire. Their road was not easy but the mommy, daddy, & papa got it right in the end!! The epilogue sets up the next book in the series, I can’t wait for JD’s book! Great book, great series!!
Read more
Helpful
Comment Report abuse

clarinetgirl10
3.0 out of 5 stars Wonderful writing, not a great heroine
Reviewed in the United States on March 1, 2020
3.5 stars. Great writing & story flow, just didn't love the character of Claire. She's one of those women that acts high & mighty in everything & anything for everyone besides herself. Her & Ethan have been dancing around each other since they were kids. The best friends that everyone thinks should be/ is a couple but isn't. Ethan is the nice guy that tries to do the right thing at all times. Enter Claire who believes it's her job to find him a girl since he can't do it himself. All he's ever wanted is Claire but just when they're reconnecting with each other after a stupid argument, he finds out her secret, which she chooses to keep to herself. However, Ethan takes it upon himself to do right by the other party involved, aka his former bully & enemy JD Knight. While it's not completely in Ethan's wheelhouse to be telling Claire's story, I applaud him for putting everything on the line, no matter the cost. Claire was just so overly stubborn, bossy & childish most of the time. Loved her in the previous books about her brothers & loved their updates in this book but she was way too much & most of the time I just couldn't bring myself to feel sorry for her or her bad decisions. Also didn't much care for the epilogue. Loved how it starts out but then the focus shifts more on JD & leaves off on somewhat of a cliffy for the next book which will be his.
Read more
One person found this helpful
Helpful
Comment Report abuse

L. Ooten
3.0 out of 5 stars Ethan and Claire's story
Reviewed in the United States on February 16, 2020
This was okay for me. The writing itself is good, my rating is based on Claire. First, the stuff I liked. The writing flows well, and kept me engaged until the end. I liked Ethan. He was a good guy that always tried to do the right thing. I also loved getting to see all the other brothers and get updates on them. Now, Claire. I didn't like her at all. She treated Ethan like crap from the start, and honestly I'm not sure why he loved her. The whole thing starts with her being mad at Ethan because he stood up a date that she arranged that he didn't even ask for. Then she thinks he has no right to be mad at her. I just wanted to shake her! I get not wanting to ruin a friendship, but how she talked to him after they get together the first time would have been enough for me to say enough is enough. It was like Ethan thought "oh well, that's how Claire is". When Ethan does what he does at the end, it was not his place, but it is NEVER okay in my book to keep that a secret. It was just another notch against Claire in my book. The ending was sweet, and even though it felt like entirely too long for Claire to be nice, I liked how things ended up between everyone. It will interesting to see the next story in this series play out.
I voluntarily reviewed an advanced readers copy of this book.
Read more
One person found this helpful
Helpful
Comment Report abuse
See all reviews