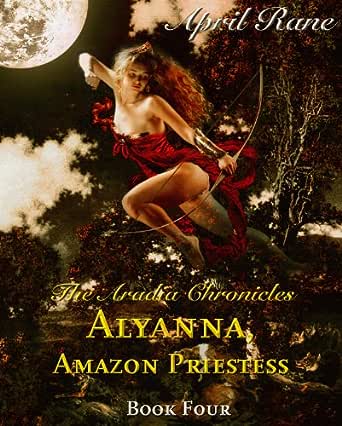 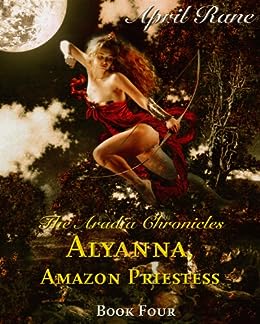 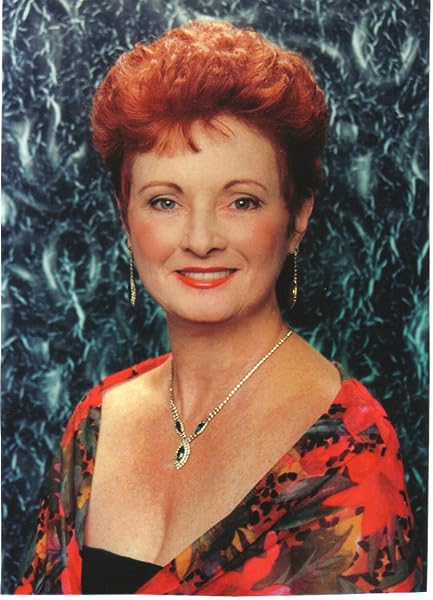 "Reminiscent of Marion Zimmer Bradley in Mist of Avalon, this series takes myth, legend and historical settings, weaves in elements of magic and the world of the unseen, and creates a rich tapestry of entertainment." ~iUniverse~


"Alyanna, AmazonPriestess is the riveting sequel to Myth of the Moon Goddess, and author April Rane transports the reader intoan incredible world of adventure, mysticism, spirituality and self-discovery. Amaster story teller and teacher, April Rane demonstrates how fantasy is oftenthe best way for us to understand our own reality."
~  MarkAnthony the Psychic Lawyer ™
Bestsellingauthor of Never Letting Go~

~This book can, and does stand on its own, but the references to past lives arebest understood if the first book in the series, Myth of the Moon Goddess, which is an epic trilogy that covers threeof Aradia's lives, is read beforehand.

~This book is the second volume of The Aradia Chronicles, a series which opens the karmic portalbetween life, death and rebirth. The series presents an all encompassing love story that endures through eons of time, pain,separation, patriarchal dominance, warfare and brutal vengeance. The sevenseparate, yet connected stories, take you on a journey allowing you to be partof the teachings that Aradia receives from her spirit guide during hersojourns on earth and also during time spent on the astral realm, in-betweenlives.

~ In this spirited story, Aradia is undertaking her fourth life onearth. Just as all of ushave done many times over, Aradia has come to earth to learn andgrow. I have chosen touse the ancient esoteric knowledge of the Divine Rays, which I call the SevenSacred Rays, to chart out a map so to speak, of the lessons open to uswhen we come to earth. In this epic story the lessons that will be open toAradia as she takes her place in an earthly body again, come from the GreenRay.

~In the previous three-book volume,Aradia has worked with the Red, Orange and the Yellow Rays, sometimescompleting her lessons, other times not. The frequency of the Green Ray, which Aradia works with inthis narrative, teaches lessons of the heart - which include unconditional loveand compassion - kindness for all of nature - and consideration for the wholeof humanity. Aradia will attempt to develop a sense of true justice for thosewho choose to be enemies, as well as those who befriend her. Attempting todevelop a sense of tranquility in the face of adversity and to always lead withan open heart, Aradia will occasionally falter, but through it all she learnsto trust her instincts.

~I have included in this volume The Myth, an important facetof the trilogy, Myth of the Moon Goddess,as it details the reason Aradia decided to descend to the earth and inhabit ahuman body. ~  I invite you to follow Aradia's progressthrough the Seven Sacred Rays, an age old system of spiritual growth, andalong with her... delve into the mysteries of your soul.~

"I see she's caught your interest," came a gravelly voice from behind thetrees. Presently a wizened old woman stepped out from the low hanging branches,and giving a command the wolf cub sprawled at her feet.
The old woman, leaning on a rough-hewn walking stick, said, "Yes, to yourunspoken thought, I am in pain. You have the gift too, I see.  I have come here to die, but I have unfinishedbusiness. Lopa needs a friend.
"A few months ago my wolf friend andher cubs disappeared.  But before thenext moon this one showed up at my door. Then the Goddess spoke, telling me tocome here."
"So you think that I am the one, the friend?" asked Alyanna.
"No, I do not think it. I know it."
Crouching, Alyanna slowly offered her hand to the curious cub.
"We will have a feast," the old woman said, pulling out some flatbreadand honey. "It is not every day we find a friend, eh, Lopa?" The cub in answermade a noise that would someday be a howl.
"Why come to the woods with noweapon? Perchance to meet a friend?"
"I come to be with the fairies,"said Alyanna, "They don't like weapons. Why do you think Lopa wants me for afriend?"
"I think she does not know yet youwill be that to her. The Goddess knew you needed a friend. Have you no friends,child?"

April Raneresides in Florida where she has been a practicing metaphysical teacher,minister and professional psychic/mediumfor the last thirty-one years. Currently she is offering mediumship, orchanneled readings, which she believes helps her clients with a greaterunderstanding of their soul gifts and their lessons on their spiritual path inlife.

April has been awaitress, (probably the worst one on the planet) bar-tender, cashier,comptometer operator, fitness instructor, auto mechanic, drill press &lathe machine operator, real estate agent, massage therapist and Reiki Master.She believes that her diversified life experience has helped create Aradia, thefeisty, strong, determined and passionate heroine that she so enjoys writingabout. Like Aradia, the one thing that April has never been, is bored!

Although originally fromthe Boston area, April believes that her series, The Aradia Chronicles, comes partially from her richexperience as a young girl roaming the lush woods of Westfield, New Jersey.Climbing trees, running free and merging with nature, her wonderful German-Shepherdat her heels, allowed fantasy toabound. This is April's second novel. It is volume two of a five-book series.She truly hopes you will enjoy reading Alyanna,Amazon Priestess as much as she enjoyed writing it. Don't forget to lookfor Andalusia, Goddess of the Sea; thenext volume in The Aradia Chronicles.
Read more