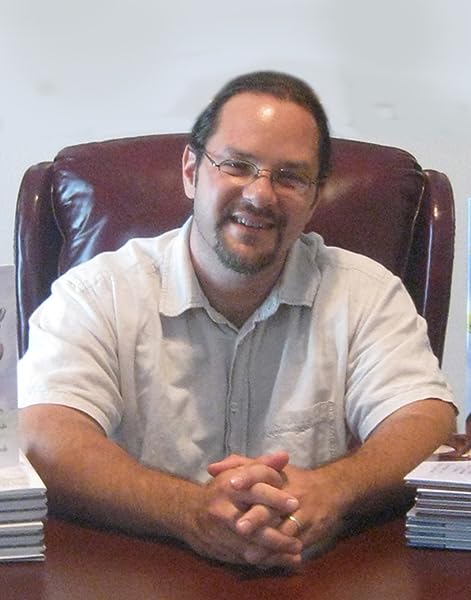 by Peter Raymundo (Author, Illustrator)
4.8 out of 5 stars 77 ratings
See all formats and editions
Sorry, there was a problem loading this page. Try again.

For fans of Ryan T. Higgins and Jory John comes a humorous and "splashy" story from a former Disney animator, about a jellyfish with an identity crisis who learns how to be himself with a little help from friends.

Edgar is a jellyfish, but he doesn't look, act, or feel very much like a "fish." With a little help though from some friendly starfish, Edgar realizes that labels aren't important, and he should celebrate what makes him unique!
Read more
Previous page
Next page

Peter Raymundo was 21 years old when he went to work for Walt Disney Studios as part of their Feature Animation Division. There he drew (and drew and drew) for films such as Tarzan, Lilo & Stitch and Mulan. Besides I Am Not a Fish, Pete is also the author-illustrator of the picture book The Monkey and the Bee, as well as the Third Grade Mermaid chapter book series. Pete draws inspiration from the ocean and says it gives him "an endless backdrop for fun and meaningful stories." He and his family live in Celebration, Florida.

Peter Raymundo began his career in entertainment as an Animator for Walt Disney Studios in the Feature Animation division in Orlando, Florida. While working on now classic films like Mulan, Lilo and Stitch, and Tarzan, Peter grew ever more passionate about the power of great storytelling. This naturally led him to writing and drawing and writing...until the two art forms became the one way Peter was able to express himself best.

Peter is now the Author and Illustrator of several award-winning books for kids. His Picture Books including The Monkey Goes Bananas and The Monkey and The Bee (published by Abrams), both of which have won multiple awards, including being official Junior Library Guild Selections. Peter is also the creator the beloved Third Grade Mermaid chapter book series (published by Scholastic Press). Told as a mermaid's illustrated diary, this remarkably witty and positive book is filled with whimsical illustrations on every page, making it a completely engaging, easy-to-read page turner for even the most reluctant reader.

Amazon Customer
5.0 out of 5 stars One of my Fav books ever!
Reviewed in the United States on July 16, 2019
Great book, easy to read and has a beautiful purpose! This book was dedicated to 4ocean for the endless work they do to help clean our oceans and better our world! I bought this book to teach my daughter (who is 2) the importance of recycling and to celebrate World Ocean Day!
Images in this review

Annette Barltome
5.0 out of 5 stars The book was in great shape! THANK YOU
Reviewed in the United States 🇺🇸 on May 3, 2021
Verified Purchase
The book received was in super shape ! thank you
Read more
Helpful
Report abuse

DanielleRDH
5.0 out of 5 stars One of my Fav books ever!
Reviewed in the United States 🇺🇸 on July 16, 2019
Verified Purchase
Great book, easy to read and has a beautiful purpose! This book was dedicated to 4ocean for the endless work they do to help clean our oceans and better our world! I bought this book to teach my daughter (who is 2) the importance of recycling and to celebrate World Ocean Day!
Read more

5.0 out of 5 stars One of my Fav books ever!
By DanielleRDH on July 16, 2019
Great book, easy to read and has a beautiful purpose! This book was dedicated to 4ocean for the endless work they do to help clean our oceans and better our world! I bought this book to teach my daughter (who is 2) the importance of recycling and to celebrate World Ocean Day!
Images in this review

Pamela P. Moore
5.0 out of 5 stars It is a good read for children and adults.
Reviewed in the United States 🇺🇸 on September 1, 2020
Verified Purchase
I read this book for class, created a video, and I have been in love with it ever since.
Read more
Helpful
Report abuse

Scott R.
5.0 out of 5 stars Great message to children
Reviewed in the United States 🇺🇸 on June 13, 2019
I bought this book for a friend with 3 young boys. They absolutely loved it!! the story teaches kids about the ocean and fish. The story line is a good message for young kids to read . It is very easy to read and I highly recommend this children's book to young kids.
Read more
One person found this helpful
Helpful
Report abuse

J. DieterleTop Contributor: Fantasy Books
4.0 out of 5 stars fantastic!
Reviewed in the United States 🇺🇸 on July 9, 2019
4.5 stars. This is a GREAT story - fun and funny while also conveying some fishy facts. Would be a great read aloud.
Read more
Helpful
Report abuse

Smiles
5.0 out of 5 stars Cute book
Reviewed in the United States 🇺🇸 on October 31, 2022
Verified Purchase
It's a cute book for smaller children. Not too long that it can't hold their attention and goes perfect with a jellyfish craft!
Read more
Helpful
Report abuse
See all reviews

ana
5.0 out of 5 stars Amazing book about the life of a jellyfish
Reviewed in Spain 🇪🇸 on April 26, 2020
Verified Purchase
My child enjoyed that book a lot.
Read more
Report abuse
See all reviews