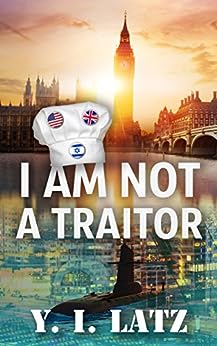 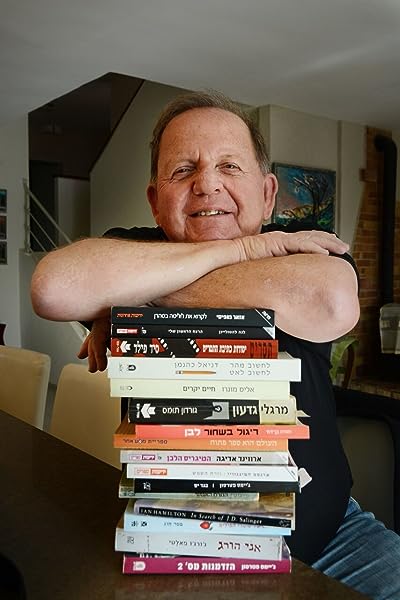 I Am Not a Traitor: Anyone can kill. You just have to be stupid enough. A Novel Kindle Edition

I've always been interested in people who are living a lie. I do not mean petty criminals, who deny every crime they have ever committed even if they were caught in the act by security cameras, but rather "ordinary" people, like you and me, who decide to choose lies as a way of life.
From spies and intelligence personnel to "white collar" criminals, who, one fine day, drop out of their routine life and embark on a "new career," known only to them. This sort of double life is a central axis of this book as well as of my other novels.

Additional books by Y. I. LATZ: Roller Coaster in Tehran

Yitzhak Latz is a longtime editor and was writer-investigator for large newspapers in Israel. He was a specialist in secret intelligence affairs. He was especially interested in the protagonists who made lying into their profession. He was curious about how they would begin each day, knowing that it could be their last. The answer to this question is the inspiration for his books.

Lawrence J. Epstein
VINE VOICE
5.0 out of 5 stars Intrigue Filled With Insights
Reviewed in the United States on September 19, 2017
Verified Purchase
Spies and potential traitors. It's difficult to imagine better subjects to examine personal and national identity. This is an intriguing story, filled with insights into its world. The translator gets a lot of credit. The writing is fluid, easy to read. The author has created in Henry Stein a rounded, complex character worthy of spending a few pleasant hours with. The story moves along crisply. Other reviewers have focused on the plot, so I won't repeat what has already been said. I imagine readers who like Daniel Silva will find this novel a great pleasure.
Read more
2 people found this helpful
Helpful
Report abuse

Kindle Customer
4.0 out of 5 stars It is
Reviewed in the United States on December 24, 2018
Verified Purchase
It is well worth the read and the rating.. I hope you enjoy it as much as I did. Have fun.
Read more
Helpful
Report abuse

Piaras
VINE VOICE
5.0 out of 5 stars This thriller reads like a blockbuster movie!
Reviewed in the United States on July 31, 2017
Whatever flaws we might identify or frustrations we might feel are trivial in comparison to a reader's pure joy in losing himself/herself in a narrative. When all the elements come together: an intriguing plot, thoughtful, profound themes, complex, troubling, characters, and language that make us shudder for its honesty, clarity, and confidence; we gratefully set all analysis aside and give ourselves up to the sheer magic of a great book. And for me, I Am Not A Traitor is such a book.

The story had every element a good story should have. An exciting plot, attention to detail, but best of all fleshed out, well-written and well-rounded character development. There’s an abundance of well illustrated scenes that make you feel like you are right there in the story, and that's something I really look for in a good book.

The book description says it all; “Henry Stein is a former Israeli Navy cook with a huge secret…Dive into the story of an exciting espionage case that takes place in the most covert unit of the Israeli Defense Forces. Henry Stein, the 50-year-old veteran chef of the Israeli Navy’s submarine fleet is laid off from his job after thirty years. Due to his big secret, he cannot reveal this fact to anyone, not even to his wife.

How does his secret relate to the murder of his grandmother in London thirty-five years ago, to the arrest of his backpacker daughter in Colombia, to his love affair with a sexy Korean-American who almost gets him killed, and to his longstanding personal relationship with the British MI6?

Step by step, the secret life of the “innocent cook” is exposed. As he fights a war of survival opposite the CIA, MI6 and the Israeli Mossad, he is revealed as a courageous man who follows his heart, until the arrival of the inevitable moment when he must decide once and for all where his loyalty lies—with his country or with his homeland....”

If that’s not enough to whet your appetite, I don’t know what will. But if you want to find out what happens next, you’ll just have to turn the pages for yourself to find out!

This captivating and commendable work had me immersed from the beginning. The story flows from scene to scene with ease, and the author shows exceptional skill when it comes to storytelling. There are attention-grabbing moments in this page turner that will take the reader on a thrilling journey! There’s no doubt that this author is a gifted storyteller.

It’s one of those stories that come along once in awhile that makes you want to read it non-stop until you get to the end. I’m giving nothing further away here. And this, I hope, will only add to the mystery and enjoyment for the reader!

I’ll certainly be looking forward to reading more from Y. I. Latz in the future. I would definitely recommend this book. Five stars from me.
Read more
3 people found this helpful
Helpful
Report abuse

Charles A. Ray
VINE VOICE
4.0 out of 5 stars A thrilling spy thriller
Reviewed in the United States on September 25, 2020
Henry Stein is a 50-year-old master chef for the Israeli submarine force. When he’s laid off after a long career, he’s too ashamed to tell his wife or the other residents of his kibbutz. But, when he’s arrested and charged with passing classified information to a beautiful Korean-American CIA agent, his past begins to unravel.

I Am Not a Traitor by Y. I. Latz is a bizarre tale of a man who owes allegiance to two nations, Israel and Britain. He is also smitten by the lovely doctor, a neophyte spy for the CIA, who manipulates him in exchange for the information he picks up in his dining room at the submarine base. The story moves back and forth through Henry’s life, from his life as a young man in England, and the suspicious death of his grandmother, to Colombia, where his daughter is arrested and threatened with a trial for a routine traffic accident, to his experiences with the sometimes-brutal interrogators in the secret Israeli prison where he’s being held.

While the facts of Henry’s life are not in dispute almost from the beginning of the tale, where his true loyalties lie—the core theme—does not become clear until very near the end. The author’s judicious dispensation of facts is done in such a way as to keep the reader guessing. Henry is presented as a complex character, one with whom the reader will find it hard to sympathize until the stunning truth is revealed.

If you like your spy thrillers packed with false leads, byzantine plots, and plenty of intrigue, you’ll love this book. I received a free copy.
Read more
Helpful
Report abuse

George Shadow
4.0 out of 5 stars Thrilling Read
Reviewed in the United States on September 6, 2017
Follow a former chef of the Israeli Navy as he goes back into his past to unravel the mystery surrounding events trying to destroy his present happiness in this thrilling suspense novel from Author Latz.
Henry Stein comes across as a patriot wrongly accused of spying and my heart went out to him as soon as I got to know him. Of course, he’s not a perfect man, but there's a limit to what anyone could bear, really. However, the plot unravels quickly and the truth is eventually revealed. Will our man be found guilty in the end? Worth the read, if you ask me.
I’M NOT A TRAITOR explores the misgivings of a man who finds himself in the middle of accusations of spying for a foreign sovereign. Written in the first person, fully developed characters are superbly woven into the story’s fabric. Errors are absent, too, but the cover could be better done, I think.
Thrilling work from Author Latz.
Read more
One person found this helpful
Helpful
Report abuse
See all reviews
Back to top
Get to Know Us
Make Money with Us
Amazon Payment Products
Let Us Help You
EnglishChoose a language for shopping. United StatesChoose a country/region for shopping.
© 1996-2021, Amazon.com, Inc. or its affiliates