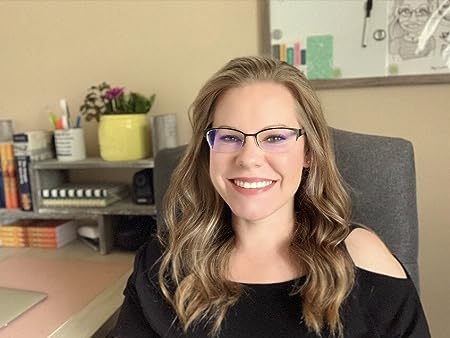 Amanda Kelley grew up in a small town in Wyoming, where she was an avid reader from an early age. Today, she lives in Northern Colorado with her husband and two incredible sons. When she isn’t writing or reading, you can find her enjoying time with her family and friends, cuddling her animals, and dreaming of far-off vacations. 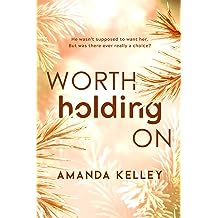 Worth Holding On (Worthy Series Book 1) Apr 19, 2018
by Amanda Kelley
( 22 )
$2.99
Callie Turner is an independent, successful businesswoman. But, after being betrayed by the two people closest to her, she’s ready to get her life back on track.
She’s doing well until her father surprises her with a gift that requires the help of…
Mason Crawford.
Rugged and caring, he tilts her world on its axis when he descends upon her life with power tools and that damn dimple that has the ability to send her heart racing.
But he’s promised to stay away from Callie.
Until he can’t.
When a seemingly random string of bad luck starts following Callie, Mason is pulled in even further, wanting to protect her.
Growing closer together, they work to deal with family and overcome obstacles that threaten to tear them apart.
But Mason soon realizes Callie is the one worth holding on to.
And he never plans on letting her go.

**This book is intended for readers 18+ due to mature content. 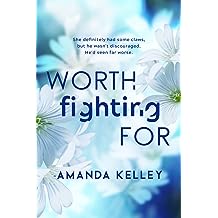 Worth Fighting For (Worthy Series Book 2) Mar 22, 2019
by Amanda Kelley
( 12 )
$2.99
Nothing in Kellen O’Connell’s life has come easy. He knows better than anyone that, if you want something, you’d better fight for it.

When he finds himself drawn to a feisty kindergarten teacher, he realizes he’s going to have to fight harder than ever if he wants to know her secrets.

On the outside, Ali Crawford has it all. The perfect job. Great friends. A wonderful family. But she has demons, just like everyone else. There are things she’s never given a voice to, and they are relentlessly chipping away at her conscience.

Will she have the courage to trust the magnetic, if not annoyingly infuriating, Kellen with her past? Or will she let it ruin the best thing she’s ever known, as it turns her into someone she doesn’t even recognize?

If they can learn to trust each other, they might just find something worth fighting for.

*Intended for readers 18 years of age and up due to mature content.
Read more
Other Formats: Paperback 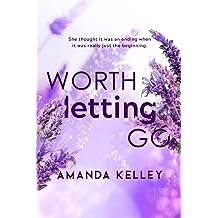 Worth Letting Go (Worthy Series Book 3) Sep 17, 2021
by Amanda Kelley
( 13 )
$2.99
Harper Davenport is widowed, homeless, and nearly broken.
So, in a moment of bravery—or possibly stupidity—she moves her and her six-year-old son, Greyson, back to the only place that has ever felt like home.
Too bad starting over is exactly as hard as she feared it would be.

The last thing she needs is for Kade Dawson to be her new boss. The man is talented, handsome, and ridiculously magnetic. He draws people in with his looks and hooks them with his personality. Harper is no exception, but she has more than herself to consider.

Kade’s reputation is well earned, but lately, he’s been craving something more.
As soon as Harper walks into his life, he’s captivated. Only…things are complicated.
Despite his desperate attempts to keep things platonic between them, Harper still manages to become the best part of his day.
He just doesn’t know if he can be the man she and Greyson deserve.
Sometimes, falling back into old patterns is easier than taking a chance on something he knows will change everything.

If Kade and Harper can manage to let go of the past, they might just be able to have a future they’ve both only ever dreamed of.