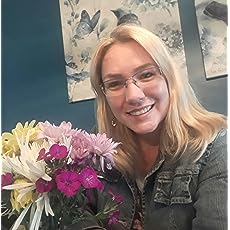 I'm American but was born overseas in 1976 in Brazil. Because I was on a plane before I could walk--Brazil, Kenya, Paraguay, Egypt, Zimbabwe, and Israel--I don't know where home is exactly. For the time being, I've chosen Kansas.

After my college years in the United States, I felt called to study theology and return to Brazil, to pastor and teach in a seminary. I continued my education to get a Master of Divinity in Theology, while I majored in pastoral ministry and minored in counseling. As a women's pastor, I worked with the underprivileged women and their children in the suburbs of the capital of Brazil, Brasilia.

Little did I know, I had married an abusive and manipulative partner. Since I could not supply my husband's never-ending demands, his anger escalated. Soon after my daughter was born, my husband abandoned his religious beliefs and forced me to resign any pastoral duties, including teaching Old Testament Theology in the seminary. By this time, my husband had grown in the military ranks and was now the highest-ranking colonel in the Brazilian military.

Leaving my husband would result in the loss of economic income, stability, community ties, and trap me in Brazil since the children were not American Citizens at that time. Not willing to endure abuse and, worse, never again would I be able to be a part in how God transformed lives, I dreaded the possibility of not being where God called me to be.

So I asked for a divorce, but my husband threatened me at knife-point, saying he'd kill me if I ever brought up the subject again. The domestic violence escalated. The message that God had put on my heart still burned inside me, so I faced the odds, packed a suitcase, and fled in the middle of the night. Leaving my husband and returning to American soil is the theme of the memoir, Shattered Sanctuary.

The only two blessings resulting from those 19 years I was married are my two children, who in the book are named, Gabriela and Miguel.

Fast forwarding to the present day, I now continue to spark a curiosity for the spiritual side of humanity, while people frantically run from day to day, checking off their to-do list, losing themselves little by little. When I'm not working, I'm out hiking on a nature trail, exploring waterfalls, or inventing new recipes to barbecue on the grill.

I'm in love with this new phase of my life. Discovering new places to camp out has become my expertise while I hear the crackling of the fireplace. Now I can be who I really am, without the fear and criticism. The only negative sound I hear is my alarm clock persuading me to get up and face a 3-mile run. But that one, I don't mind at all.
Read more 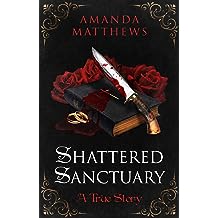 A true story about survival, faith, and courage to start over.

When I came to Brazil nineteen years ago to be a missionary and a pastor, I never imagined that my husband would be the one to kill me. Luiz Medeiros, the highest-ranking colonel in the Brazilian military, thrust the cold blade of his hunting knife deep against my neck as he spoke. “Why are you so fucking defiant?” His sweltering breath riveted me to the wall and shattered my hope. “This is all your fault. You know that, right?”

My heart pounded in my ears; my throat itched as I struggled to breathe. For my children, I mumbled a lie. “Yes, I know it’s my fault. I’m sorry.” Perspiration slithered into the corner of my eye, making it sting. “Please, give me another chance. I’ll never question you again.”

Luiz released the knife and stepped back. “Never again?”

My broken phone was useless; my credit cards, canceled. With no money for food, rent, or passports, I was trapped 5,000 miles away from Kansas—a sanctuary I called home. Yet, I eyed a small green suitcase in the corner of the bedroom. We could escape that night and live off the grid. We probably wouldn't make it all the way home, but we’d get close. A shy grin parted my lips. “Never again.”