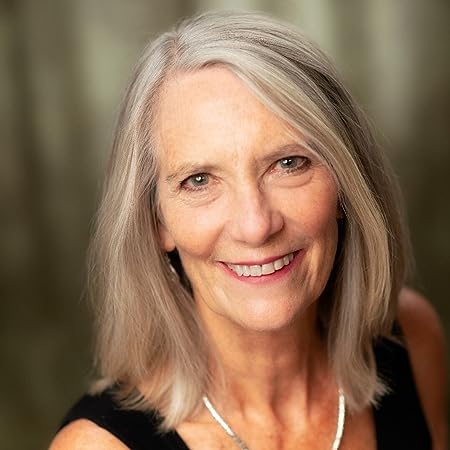 AMANDA WEST LEWIS is a writer, theatre creator, calligrapher and teaching artist. As a theatre creator, Amanda has worked as a director, actor, dramaturg, producer and playwright. As an author, she has published eight books for young readers and holds an MFA in Writing for Children and Young Adults from Vermont College of Fine Arts, with a specialist certificate in writing picture books. 'These Are Not the Words' (Groundwood Books 2022) is a semi-autobiographical novel that takes place in NYC in 1963. 'The Planet Poems' (Kids Can Press) is scheduled for 2023 and her graphic novel 'Leon and Dr. Korczak' (Kids Can Press) is scheduled for 2025. 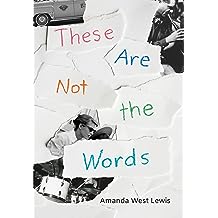 New York City in the 1960s is the humming backdrop for this poignant, gritty story about a girl who sees her parents as flawed human beings for the first time, and finds the courage to make a fresh start.

Missy’s mother has gone back to school to pursue her dream of becoming an artist. Missy’s father works in advertising and takes Missy on secret midnight excursions to Harlem and the Village so she can share his love of jazz. The two write poems for each other — poems that gradually become an exchange of apologies as Missy’s father’s alcohol and drug addiction begins to take over their lives.

When Missy’s mother finally decides that she and her daughter must make a fresh start, Missy has to leave her old apartment, her school, her best friend and her cats and become a latchkey kid while her mother gets a job. But she won’t give up on trying to save her family, even though this will involve a hard journey from innocence to action, and finally acceptance.

Based on the events and people of her own childhood, Amanda Lewis’s gorgeous novel is driven by Missy’s irresistible, optimistic voice, buoyed by the undercurrents of poetry and music. 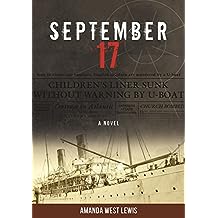 September 17 May 29, 2015
by Amanda West Lewis
( 7 )
$9.99
In July 1940, a British government-sponsored program called Children's Overseas Reception Board -- or CORB -- was set up to send children from Britain to Canada and other Commonwealth countries, in order to rescue them from the bombings of British cities. The City of Benares was a luxury liner that was recruited in September 1940 to transport 90 of these children to Canada, along with the ship's regular passenger complement. Approximately six hundred miles out, after the naval escorts had withdrawn, the ship was torpedoed by a German U-boat and sank in about half an hour. Only thirteen of the CORB children survived the sinking. September 17 is a novel that tells the story of three of the children that were on board The City of Benares, as they experience and survive the disaster and wait to be rescued.
Read more
Other Formats: Paperback , Mass Market Paperback