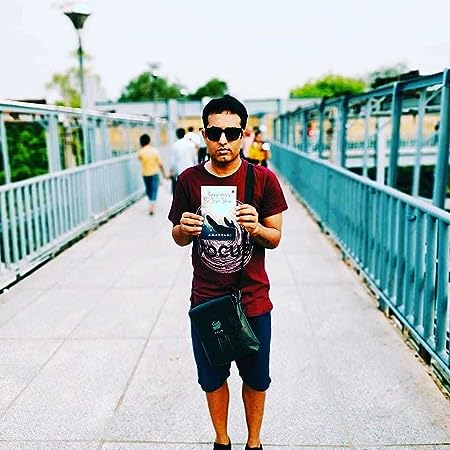 All of my writing is intended to enrich understanding of the human condition and make it happier. I write books with an intention to inspire and express the truth, the way I see it.

If my books don't make you peaceful and happier, I would have failed in my goal as a writer. 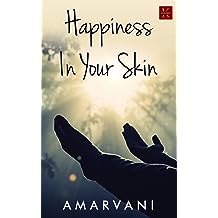 Happiness in Your Skin Aug 15, 2019
by Amarvani
( 60 )
$2.99
You are considering a book that may change how you look at and feel happiness on a routine basis. The purpose of this book is to make your life richer, meaningful and happier. The author is also a stand-up comedian and is on a mission to make the world a visibly inspired and happier place. Happiness in your skin will allow you to find happiness for yourself and once you have found it, share it with the rest of the world. No other book before has looked at the idea of happiness from as many perspectives. You are done considering your happiness for a long time. It’s time to feel the happiness in your skin.
Read more
Other Formats: Paperback 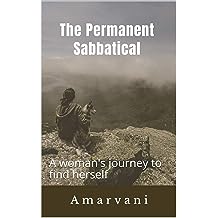 The Permanent Sabbatical: A woman's journey to find herself Mar 9, 2021
by Amar Vani
( 8 )
$3.39
We need stories-stories of search for the essence of life. Stories where people struggled to understand what life means for them, and through toil, hardship and experimentation, found themselves.

It is not easy to find who we are, and what our lives are about. Most people don’t even bother to ask these questions and go about life, just like most people go about life. However, some of us feel the desire to dig a little deeper and wonder if life has meaning. 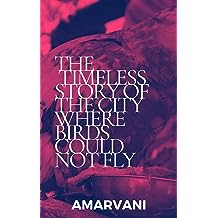 The timeless story of the city where birds could not fly: A fable about self-awareness and happiness Aug 7, 2020
by AMAR VANI
( 1 )
$3.49
Once upon a time, there was a city called Kabala.

It was a city where birds of all species lived together. However, the birds did not fly. They did not fly because they did not know that they could fly. One bird, a parrot called Rustum got bored with this monotonous life. He felt there had to be more to life than just going about survival.

Rustum tried to understand what birds were capable of with his friends, Sasha-the flamingo and Cecil, the crow.

They experimented with singing, dancing, running, jumping and many other activities before one day, Rustum felt that he could stay suspended in the air.

That was the birth of a dream.

Read this endearing and powerful story about self-awareness leading to happiness.

Who knows, this story may lead you on your journey of understanding your purpose in life.
Read more
Other Formats: Paperback 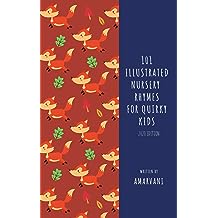 101 Illustrated Nursery Rhymes for Quirky Kids Jul 21, 2020
by AMAR VANI
$3.19
The book has a singular purpose-to bring smiles on the faces of its adorable readers and help them learn something about the subject. It will be great if the adults who are kids at heart also enjoy reading these rhymes, with their kids, if not by themselves.

Each rhyme has been illustrated by an artist to add to the quirkiness of the poetry and add a fun element.

The author believes the readers will enjoy it, and learn something from each rhyme.
Read more
Other Formats: Paperback 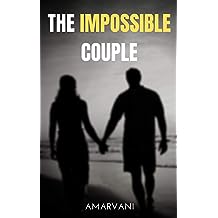 The Impossible Couple: Love over color, religion, caste, creed, age, race and whatever else comes in its way Jul 9, 2020
by Amar Vani
$3.33
Sachi is an unusual looking woman. 29 years of age and single, tattooed, solo traveler. She wanders away to places her heart craves for, in search of meaning or in search of nothing. She is about to hit 30 and comfortable with it. She is currently single, which wouldn’t have been, besides a cruel stroke of fate.

In an unusual place where she goes to travel, she meets a man many years older to her. This man makes her feel curious about his existence and his presence in the small town where he lives. He shouldn’t be living there, going by the way he looks. But he is there. She wonders about his life.

It is a quaint small town where people bond with each other for love. It hadn’t been always so but events happened which gave the town its very essence. The people of the town now speak collectively a single language-the language of love. Unexpectedly, Sachi has an argument with the old man while still on the trip and that leads to a conversation with him that wouldn’t have happened otherwise. He does something she would not expect and that irritates her. The man would come into her life again at some point in time.

When the trip gets over and she gets back to her home town, she meets her mother, who has had a tough life. Many a time, she wishes that her mother’s life wasn’t as difficult but there was nothing she could do to help it. Her parents never really loved each other. They had an arranged marriage. People don’t really love each other in arranged marriages, Sachi grows up to believe.

In the office, she meets her friend and colleague Sapna who introduces her to someone new in the office. The new person seems familiar to her but she doesn’t understand the reason behind the familiarity for a long time. They start working and things begin to happen. The man does something totally unexpected one day. It takes Sachi by surprise and she doesn’t know what to do. Later, he apologizes to Sachi for the incident and confesses that he has started falling for her. Sachi dismisses his advances and tells him to back off.

But, he persists. This is not a man who would give up on love so easily. He wants to know the reasons why Sachi isn’t interested to have a conversation and he persists. Sachi doesn’t want to talk about it. She has her reasons. She doesn’t talk about it because she is scared of love. She is scared of what might happen if she would allow her vulnerabilities to get better of her, once again. She is scared of love not reaching its worthwhile end. It has happened to her before and she doesn’t want it to happen to her again. She craves to be loved but she is also scared of the consequences.

Raga is an unusually determined man. He is brave and he has his reasons. He belongs to a family where courage is a tradition. His parents did something during their lifetime which has become a landmark memory in his mind and he gets his life references from their lives. He doesn’t believe in giving up on love, whatever be the consequences. Therefore, no matter what Sachi says, he doesn’t give up on her.

Sachi wonders, if this would be another impossible relationship, like her last one.
Read more
Other Formats: Paperback 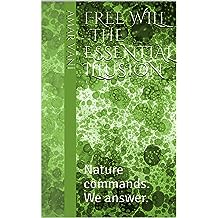 Free Will -The Essential Illusion: Nature commands. We answer. Jun 30, 2020
by Amar Vani
$4.99
Have you ever wondered where your thoughts and desires come from? Remember a time when you were at a crossroads where three paths were available, and you chose one. Why did you choose that path? Why did you not choose any of the other two paths?

The existence of free will, or the lack of a it, is a debate that goes back thousands of years. In the recent years, there has not been much thinking around it. However, the general consensus in the society in 2020 is that free will exists.

This book presents a point of view in the debate.

Although I cannot control if you will end up reading this book, I suggest you do. You will never look at your thoughts and your desires in the same way, again.

My purpose of writing this was to explain human life to myself.

However, at the end of writing it, I realized that anybody who reads it, may end up finding way more peace in life, than they have ever experienced before.

There is no free will. It is however, an essential illusion.

We are all puppets in the hands of nature. I am the puppet who wrote this book. You may be the puppet reading this. Either way, human life and all life that exists is a puppet show designed by nature. 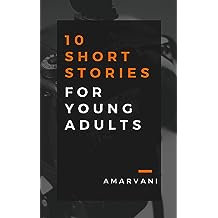 10 Short Stories For Young Adults: A collection of tales for the thoughtful reader Jun 11, 2020
by AMAR VANI
( 1 )
$3.33
We go through life without thinking much about why things matter. This book is a collection of tales which will make you think about why things matter. For the young mind, it will serve as an entertaining and thoughtful read which will make one look at many aspects of life, in a fresh way.

This book comes to you from the bestselling author of the 'Happiness In Your Skin.'
Read more
Other Formats: Paperback