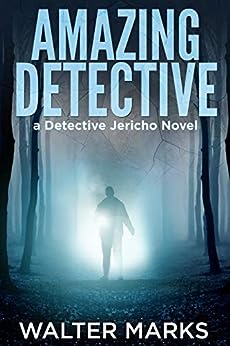 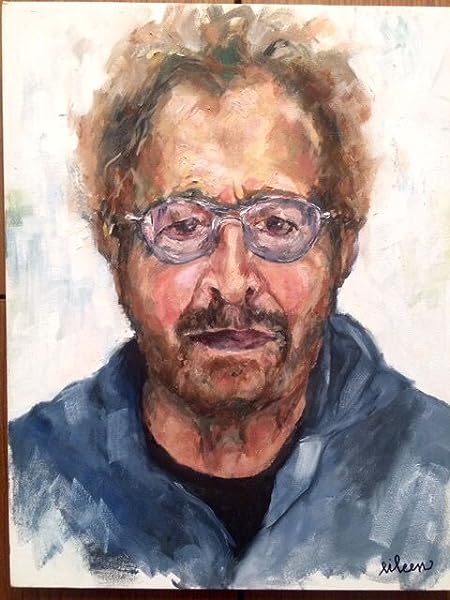 by Walter Marks (Author) Format: Kindle Edition
Book 5 of 9: The Dr. David Rothberg series
See all formats and editions
Sorry, there was a problem loading this page. Try again.
“The discovery of a body on a Long Island beach leads a detective into a complex murder investigation with possible ties to drug trafficking…An entertaining mystery with an engaging hero and deftly handled plot twists.” — Kirkus Reviews

Praised by the East Hampton Star as an “amazing detective” for his expertise in crime-solving, Jericho is hard-pressed to live up to his reputation, in two separate cases. One is a homicide, involving a corpse found buried near a hiking trail in Montauk. The other deals with the complex interactions of competing sinister and violent drug cartels.

Jericho comes face to face with homicide, gang wars, human trafficking, immigration issues, and racial tensions. Things come to a boiling point in this twisty story, until the life of the amazing detective himself is in serious jeopardy.

Walter Marks is a novelist, playwright, and songwriter. Besides his Broadway shows -- "Bajour" and "Golden Rainbow" he wrote the score and book for the award winning "Langston in Harlem" (lyrics by Langston Hughes). His best known song is "I've Gotta be Me", recorded by Sammy Davis, Michael Jackson, Tony Bennett, Ella Fitzgerald, among others. He also wrote the screenplay and songs for "The Wild Party" (Merchant-Ivory Films) directed by James Ivory. He is an Emmy winner for his music on the PBS series "Getting On."

He lives and works in both Manhattan and East Hampton.

To learn more, go to WalterMarks.com

DS Jericho took Todd’s laptop over to Ziggy “The Zigg” (Galbraith Suffolk County Cyber CU CIS). The password was figured out & there were some very interesting emails to the Philippines.
The folder/spreadsheets were even more interesting.
Cedar Point lighthouse. Jerry Gianinni (father), & his son were going fishing.
The son noticed by the lighthouse there was a man propped up with his head chopped of.
Jerry dialed 911.
The body later was ID as Juan-Carlos Aguayo (Sinaloa cartel drug king-pin, former Attica prison inmate). The Flying Dragons gang took credit for the murder.
The CSU was going over Mike Mendez’s 100’Hatteras yacht (Superior Endeavor Properties Limited owner).

The Latin Kings had whacked Todd R. Winfield (accountant/record-keeper).
Will the murder mysteries be solved & someone brought to justice?

A very awesome book cover, great font & writing style. A very well written murder mystery book. It was very easy for me to read/follow from start/finish & never a dull moment. There were no grammar/typo errors, nor any repetitive or out of line sequence sentences. Lots of exciting scenarios, with several twists/turns & a great set of unique characters to keep track of. This could also make another great murder mystery movie, or better yet a mini TV series. There is no doubt in my mind this is a very easy rating of 5 stars.

Susie T
4.0 out of 5 stars Typos were distracting, plot a bit flimsy
Reviewed in the United States 🇺🇸 on March 30, 2022
Verified Purchase
The story line was interesting enough... the first I've read in this series. However, there were gaping holes in the methodology of the investigation. For instance, Jericho never even asks to see the victim's office which turns out to be the actual crime scene. And his habit of "thinking" in italics gives the reader no opportunity to figure things out along the way... nothing left to the imagination. And there were lots of typos... not so much misspelled words, but misplaced words in the wrong order, and obvious errors such as making a date for Friday after work & then saying "see you Saturday". I found the errors to be very distracting.
Read more
2 people found this helpful
Helpful
Report abuse

Kim
4.0 out of 5 stars Unanswered
Reviewed in the United States 🇺🇸 on May 18, 2022
Verified Purchase
I really enjoyed this book. It kept me enthralled however in the end I wondered what the medical examiner's results were used for. Otherwise it was a good ending that I had not anticipated.
Read more
Helpful
Report abuse

Allen S
4.0 out of 5 stars Good police procedural
Reviewed in the United States 🇺🇸 on May 3, 2022
Verified Purchase
This is my first Jericho book. Pretty good. Moves at a slow pace, but is well thought out and believable. Detective Jericho solves murders. No macho man heroics, just good police work. Characters are well thought out.
I'll look for another.
Read more
Helpful
Report abuse

Kindle Customer
4.0 out of 5 stars Who done it ?
Reviewed in the United States 🇺🇸 on April 3, 2022
Verified Purchase
Semi well written, run of the mill who done it. Interesting reading with a final scene to put a pin in it.
Read more
Helpful
Report abuse

Kindle Customer
5.0 out of 5 stars Grabbed me right away
Reviewed in the United States 🇺🇸 on June 29, 2022
Verified Purchase
This book was none stop reading from the beginning. It was well written. The characters were believable. Good read for the summer.
Read more
Helpful
Report abuse

RLS
5.0 out of 5 stars Really enjoyed book
Reviewed in the United States 🇺🇸 on May 25, 2022
Verified Purchase
Like that Detective Jericho is interested in justice. These books seem to be much better at police procedures than the amateur detective type books. Really shows that care is taken to keep the story pretty accurate with technology and actual police procedures.
Read more
Helpful
Report abuse

Christy T
3.0 out of 5 stars Quick read
Reviewed in the United States 🇺🇸 on April 6, 2022
Verified Purchase
Didn't feel like this was anything special. Just a detective novel, start to finish. Not sorry I read it, just a little disappointed it wasn't better..... better characters, better story, better at not being so predictable!
Read more
Helpful
Report abuse
See all reviews

Kindle Customer
5.0 out of 5 stars Jericho, what a detective...
Reviewed in the United Kingdom 🇬🇧 on March 21, 2022
Verified Purchase
Great extremely well written story. Murder(s), drug cartels. But men?, International conspirocy . This novel has it all nicely paved with clues action throughout. Certainly kept me reading until the end.
Would highly recommend.
Read more
Report abuse

jacky_o
5.0 out of 5 stars Good
Reviewed in the United Kingdom 🇬🇧 on April 4, 2022
Verified Purchase
Very much what is expected from a detective novel. Well written, good story and background, intriguing and relaxing reading material.
Read more
Report abuse

granniean
3.0 out of 5 stars Granniean
Reviewed in the United Kingdom 🇬🇧 on December 9, 2020
Verified Purchase
Good story with an unexpected ending. Again, surprised to read about a Cop who decides who is the person to be charged with the crime. Still it is only a story!!!
Read more
Report abuse

alex jackson
2.0 out of 5 stars amazing detective
Reviewed in the United Kingdom 🇬🇧 on November 27, 2018
Verified Purchase
not really my cup of coffee was not all that exciting from my point of veiw but some people may enjoy this book just didn't grip me
Read more
Report abuse
See all reviews
Report an issue
Does this item contain inappropriate content?
Report
Do you believe that this item violates a copyright?
Report
Does this item contain quality or formatting issues?
Report