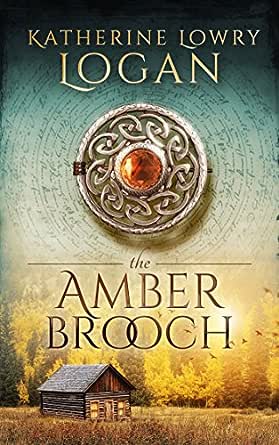 You've subscribed to The Celtic Brooch! We will preorder your items within 24 hours of when they become available. When new books are released, we'll charge your default payment method for the lowest price available during the pre-order period.
Update your device or payment method, cancel individual pre-orders or your subscription at
Your Memberships & Subscriptions
There was an error. We were unable to process your subscription due to an error. Please refresh and try again. 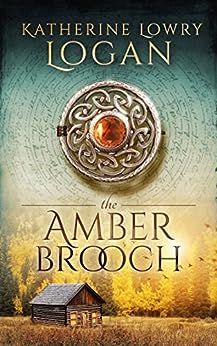 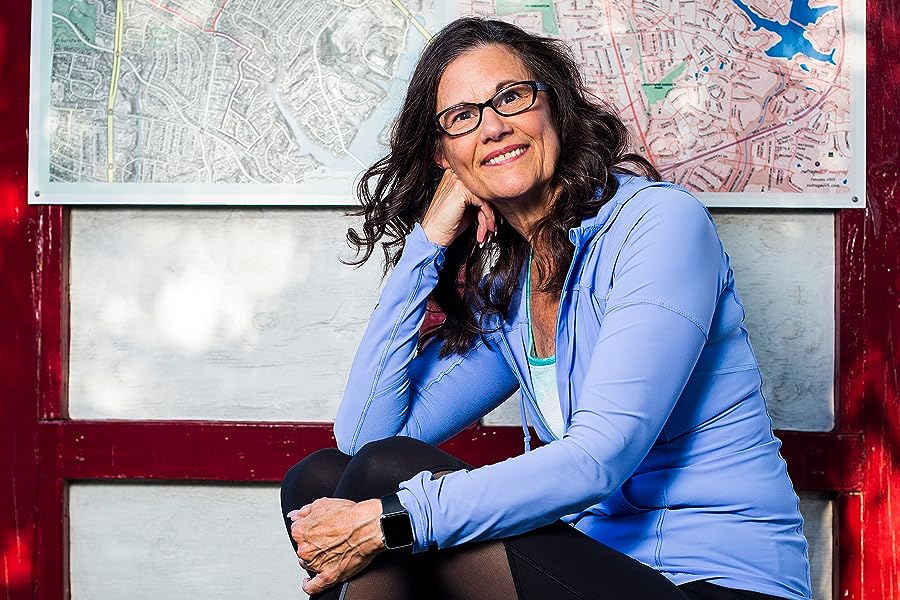 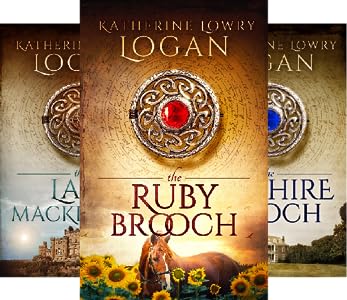 4.8 out of 5 stars
4.8 out of 5
304 global ratings
How are ratings calculated?
To calculate the overall star rating and percentage breakdown by star, we don’t use a simple average. Instead, our system considers things like how recent a review is and if the reviewer bought the item on Amazon. It also analyzes reviews to verify trustworthiness.
Top reviews

Lady Chaps
5.0 out of 5 stars Book 8 and they just get better and better
Reviewed in the United States on March 29, 2018
Verified Purchase
Katherine Lowry Logan has done it again. Her newest Celtic Brooch book, The Amber Brooch, is wonderful. It’s time travel at its best. Two love stories, Colorado in the 1800’s, dinosaur hunting and a train war all skillfully wrapped up in one story. Her novels seem to just get better and better. The historical aspects are skillfully and accurately woven into the book. The way she ends her novels is always very touching.
Read more
13 people found this helpful
Helpful
Comment Report abuse

Paula Retelsdorf
5.0 out of 5 stars Fall in love with Colorado, Dinosaurs and the Wild West!
Reviewed in the United States on March 29, 2018
Verified Purchase
Katherine Lowry Logan does it again! The Amber Brooch, the 8th installment in her beloved Celtic Brooch series of Time Travel, has arrived. A tour de force for Logan as well as some of the characters, old and new, who go on stage at the Tabor Opera House in Leadville CO in 1878.

Introducing Olivia and Amber Kelly, competent, intelligent, capable sisters who conquer any challenge they are presented to include the loves of their lives. Rick O’Grady is fresh back from Afghanistan and ready to take on the 1870’s Wild West that he loves from the pages of the westerns that got him through his tours of duty. Connor O’Grady is looking for the perfect Colorado Horse Ranch and finds the perfect woman at the same time. David and Kenzie help Rick locate missing Amber who found her family’s heirloom precious gem brooch and is whisked to the beginning of the paleontology “wars” in 1878 Colorado while Connor is left behind to console Amber’s frantic sister and hold off the impending investigation into her disappearance. Amber finds her “heaven on earth” in this new era with her passion for archeology and paleontology. There they encounter Pinkerton agents and Wild West gun slingers on both sides of a railroad war while Amber is eager to learn from the experts who are locating a plethora of dinosaur fossils. Daniel Grant, Pinkerton agent, and his son Noah find out exactly what it means to be a part of the Celtic Brooch Clan.

Woven into the background is the trauma being inflicted on the Napa Valley and the Montgomery Winery by the wildfires of 2017. Meredith and team are struggling to save everything they can including the horses located at the winery. Elliott and JL are at the ranch in Kentucky eagerly awaiting the arrival of JL’s baby which kept her from being with Kevin in California.

Logan’s depth of research and detail of every nuance of 1870’s Colorado sucked me in so much that I felt like I was walking beside the characters as they described mansions, costumes, businesses, and streets running with muck (and other things 😊). The dinosaur hunting was fascinating! Her descriptions of the flora and fauna of Colorado (my heaven on earth) were spot on and made me feel like I was there enjoying the view along with the characters. The details of the area of Leadville and Morrison make me want to visit for myself!

Sit back, hold onto the reins and enjoy the ride through an era that is captivating, awe inspiring and very titillating.

TXBRITGAL
VINE VOICE
5.0 out of 5 stars Absolutely SPECTACULAR!
Reviewed in the United States on April 10, 2018
Verified Purchase
Once again the author brings the sights, sounds, smells and emotions of a forgotten era into the minds of a new generation. If you love time travel books I HIGHLY suggest this series. You *can* read this first if you haven't read the previous books... however you may term confused by characters and certain past plot lines spoken about. This tale is mainly about two sisters... "Irish" twins Olivia and Amber. Amber suddenly vanishes into thin, peat moss smelled air while staying at the family cabin. Her sister Olivia discovers her missing while in the company of Connor.... he immediately has an inkling what happened when he smells a strong smell of pest in the cabin. Hoping against hope that he's wrong, he doesn't fill her in. Amber herself is quite a woman.... Yale educated, a lawyer, a fossil enthusiast, dinosaur aficionado, history buff, Singer extraordinaire, and can speak many languages. just what one needs when tumbling back in time *sarcasm*.... Within seconds of coming too she sees a young boy almost hit by a horse drawn carriage. Without thinking she bolts across the street to get him to safety all while his own terrified Pinkerton father watches from the side..... and so begins this wonderful tale. How does one lie daily to a Pinkerton of all things?? Amber continually walks the line of half truths, staying true to herself and her values, and desperately NOT revealing too much of the how and the why of how she knows so much. Throw in the usual mischief, mayhem, calamity, a dinosaur or two, a handsome widower and son, and a few precarious situations... and we have the makings of one fine tale. These books never get old.... and in would go as far as saying they get better and better with each read. whether you are a fan of history, action, mystery, romance or just a great yarn.... I HIGHLY suggest this book to you.
Read more
3 people found this helpful
Helpful
Comment Report abuse

Cheryl R.
4.0 out of 5 stars I Love The Brooch Series But Amber is Just Too Perfect For My Taste
Reviewed in the United States on April 17, 2018
Verified Purchase
This is book 8 in a spectacular series. While the Diamond Brooch & the Emerald Brooch remain my personal favorites, the Amber Brooch is a wonderful addition to the series.

Amber is staying alone at her families cabin in the mountains. The cabin and portions of it's contents have been in the family for generations. Imagine her surprise when a puzzle box containing an amber brooch falls out of their ancient loom. She opens the puzzle box, reads the inscription on the brooch, then finds herself transported to an eighteenth century mining town where she proceeds to have the adventure of a lifetime.

So why only 4 stars this time? While I enjoyed the story and loved its attention to historical events and it's accurate description of how people lived and worked I found Amber to be just too much! Amber is a genius, everything she does comes easily to her and is perfect. She is a professional chef, attorney, AND paleontologist. She is a raving beauty who draws men like bees to honey, is an outstanding guitar player, vocalist, and entertainer (who could easily go professional) and the list goes on. So, while I enjoyed the story itself, Amber I found to be too over the top. I know there are people who are really good at a specific thing or two but nobody, not even Einstein is perfect at everything!
Read more
One person found this helpful
Helpful
Comment Report abuse
See all reviews

Minniemooch
5.0 out of 5 stars Brilliant addition to the series, please hurry with the next one!
Reviewed in the United Kingdom on May 17, 2018
Verified Purchase
What can I say? Such a delight to step back into the time travelling adventures of the Celtic brooch series. Takes me a bit to get my head back into the family dynamics again but it doesn't' disappoint. Need the next one now!
Read more
Report abuse

Brenda McArdle
5.0 out of 5 stars Can't wait for the next book.
Reviewed in the United Kingdom on February 17, 2019
Verified Purchase
Love all the brooch books.
Read more
Report abuse
See all reviews