Amber Brown Is Not A Crayon and millions of other books are available for Amazon Kindle. Learn more 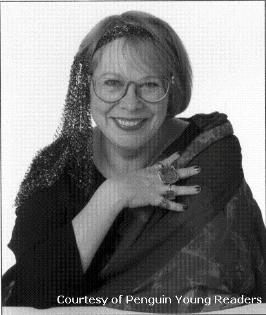 Amber Brown Is Not a Crayon Paperback – September 7, 2006

by Paula Danziger (Author), Tony Ross (Illustrator)
4.8 out of 5 stars 263 ratings
Book 1 of 10: Amber Brown
See all formats and editions
Sorry, there was a problem loading this page. Try again.
Get 3 for the price of 2. Shop items
Read more Read less
Previous page
Next page

"Danziger reaches out to a younger audience in this funny, touching slice of third-grade live, told in the voice of a feisty, lovable heroine." —School Library Journal, starred review

“Danziger [has] a pitch-perfect view of a child’s emotions.” —Kirkus Reviews, starred review

"Without a trace of condescension, Danziger gets the child's funny and vulnerable voice. The third-grader's friendship is beautifully drawn, especially the rituals about food, their shared enjoyment of the messy and the gross." —Booklist

Born in Washington, D.C., and raised in New York, Paula Danziger knew since second grade that she wanted to be a writer. Beginning her career as a teacher, Danziger taught at the junior high, high school, college levels. She received her Masters Degree in reading and during that time she wrote her first bestselling novel, The Cat Ate My Gymsuit. She returned to teaching, but the success of her book encouraged her to become a full-time writer. It was non-stop for Danziger since then. Among her titles are: the enormously popular Amber Brown books as well as Remember Me To Harold Square, The Divorce Express, and Can You Sue Your Parents For Malpractice?

Known as a flamboyantly funny and deeply honest writer and speaker, Paula Danziger knew how to relate to young readers at their level. She was vital, funny, and compassionate. She knew how kids felt, what made them laugh, what they wore, collected, read, and played with. From collecting novelty toys that would make any teacher cringe, to wearing jangly earrings, funky glasses and shoes covered with beads and sequins, Paula Danziger had a direct line into kids' hearts and funnybones. She will be missed always.


In Paula's memory, The Amber Brown Fund has been established to bring authors and illustrators to schools and libraries which otherwise could not afford them. Donations may be sent to The Amber Brown Fund/ SCBWI Museum of Children’s Books, 8271 Beverly Blvd., Los Angeles, CA 90048.
Tony Ross lives in London, England.

Start reading Amber Brown Is Not A Crayon on your Kindle in under a minute.

4.8 out of 5 stars
4.8 out of 5
263 global ratings
How are ratings calculated?
To calculate the overall star rating and percentage breakdown by star, we don’t use a simple average. Instead, our system considers things like how recent a review is and if the reviewer bought the item on Amazon. It also analyzes reviews to verify trustworthiness.
Top reviews

Amanda
5.0 out of 5 stars Always been a fan of this book!
Reviewed in the United States on August 8, 2020
Verified Purchase
This has always been my favorite book growing up and now I pass down the torch to my niece and introduce her to.an amazing book filled with fun.
Read more
Helpful
Report abuse

srwalrath
5.0 out of 5 stars When the library is not open and a book report is due...
Reviewed in the United States on October 28, 2014
Verified Purchase
One night I was babysitting my grandson who realized he left his copy of "Amber Brown..." at school but needed a copy to complete a report - so I ordered it online for my IPad. We were both happy with the online version and now I have a copy for some future sleepovers with other grandchildren. It is not a title I was familiar with but enjoyed it.
Read more
Helpful
Report abuse

debob
5.0 out of 5 stars Too easy for our nine year old
Reviewed in the United States on July 7, 2015
Verified Purchase
Too easy for our nine year old. She zipped through it in one day even though it was recommended reading for her age. Amber Brown is 9 years old herself. I thought it'd be a good next level up from the Junie B. books she used to love so much. She still enjoyed it though.
Read more
One person found this helpful
Helpful
Report abuse

KelBel
5.0 out of 5 stars Perfect
Reviewed in the United States on November 6, 2019
Verified Purchase
Thanks
Read more
Helpful
Report abuse

Brandy Robertson
5.0 out of 5 stars Great book
Reviewed in the United States on May 21, 2019
Verified Purchase
Book is in great condition! This was one of my favorite books when I was child and I am planning to read it to my 6 year old.
Read more
Helpful
Report abuse

Page 1 of 1 Start overPage 1 of 1
Previous page
Next page
Pages with related products. See and discover other items: george brown books
Back to top
Get to Know Us
Make Money with Us
Amazon Payment Products
Let Us Help You
EnglishChoose a language for shopping. United StatesChoose a country/region for shopping.
© 1996-2021, Amazon.com, Inc. or its affiliates