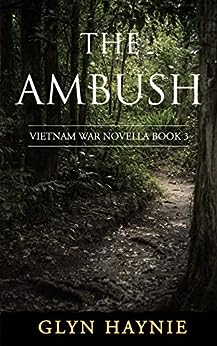 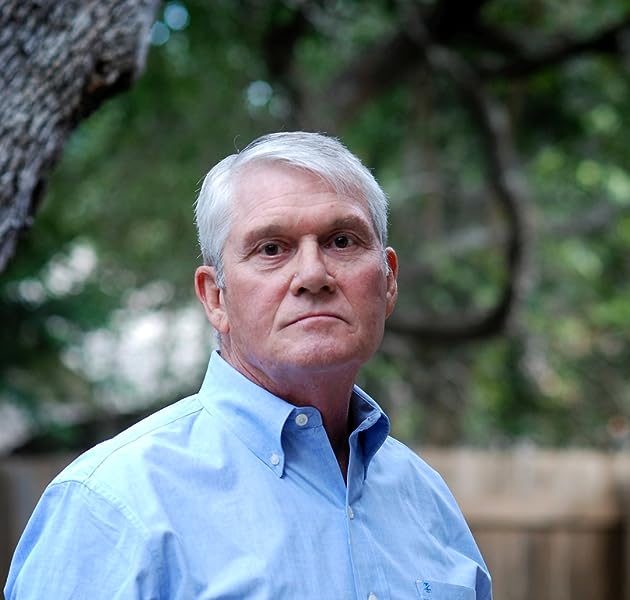 Private Andy Carter and his squad redouble their efforts to hunt Ramsey down.

The truth about Ramsey leaves the men reeling. He’s alive. The brothers in arms must hunt him down. They meet up with unexpected allies, reunite with German Shepard soldier Alice, and discover Ramsey’s whereabouts.

When their unexpected allies pledge support for the squad, Carter finally sees closure on the horizon.

But Ramsey might not come willingly. The men will be risking life and limb for one of their own, one who might not deserve their sacrifice. Going to the Truong Son Mountains will be risky and every action could have dire consequences. What will Ramsey do when facing his former brothers? One thing is for sure—underestimating him could prove deadly . . .

From war veteran turned author Glyn Haynie, “The Ambush” is an authentically crafted novella, a fictional account of a special mission ordered for a squad of soldiers in the Vietnam War. This is a life-or-death mission . . .

The third instalment in Glyn Haynie's superb Vietnam War novella series is an altogether more action-packed addition. This time, Carter and the squad are out for full on retribution, hunting their traitorous former brother in the V.C.-infested Quang Ngai Province. Glyn's finest creative quality is his authenticity - being a Vietnam veteran, of course, gives him a tremendous insight and credibility, which can't be fabricated, yet he also has an unusual ability of taking his books down a formulaic path of fiction whilst still maintaining the mundane realism of a tour of duty in this unforgiving jungle: the fear; the development of young men's character; the foreboding natural elements. Another of his strengths is crafting engaging and endearing personalities, whom you feel.

The whole series has been top drawer quality, almost as good as Glyn's full-length "Promises..." series of novels, albeit in a smaller, more concise bundle. Breaking this overriding story arc into four novellas was a smart move, and gives each one credit as a standalone narrative, whilst offering the reader a wonderfully satisfying overall outcome. Furthermore, if you are interested in Glyn's work but have yet to read it, this series gives you a perfect example of what you can expect from him. A tremendously good read, definitely to be read in the right order, as the third in the series. My advice would be to set aside three short evenings to read these novellas; I defy you then not to be hooked on Glyn's work and move onto his feature-length books. Exciting and gripping, this is Vietnam War storytelling at its best. ~ ~ Matt McAvoy, Senior Editor MJV Literary

As I authored this series, I drew on my own firsthand experiences of my year in Vietnam in my assigned Army unit: Alpha Company, of the 3rd Battalion, 1st Infantry Regiment, 11th Light Infantry Brigade, Americal (23rd) Infantry Division. I also revisited the experiences of some of the firebases and locations we patrolled.

I didn't write in the "real" context regarding the places or incidents from when I served. I wrote them from my experience and the times other veterans spent in that war to ultimately reveal what an infantry soldier went through and the things he thought as he survived his three hundred and sixty-five days.

With that in mind, I offer this book and the Andy Carter Vietnam War Series, not as a true story of the Vietnam War, but as a lens through which I hope you will be able to observe, with compassion and understanding, one infantry squad's day-to-day struggle with survival, conflict, and death.

Glyn Haynie enlisted in the United States Army at the age of eighteen. His military career spanned twenty years, during which he served his country until his retirement in March of 1989. Haynie turned nineteen soon after arriving in Vietnam, where he found himself fighting with the Americal (23rd) Infantry Division. Before retiring, Haynie served as a drill instructor, a first sergeant, and, finally, as an instructor for the U.S. Army Sergeants Major Academy (USASMA).
Read more

From the age of 18 until he retired in March of 1989, Glyn Haynie served his country as a member of the U.S. Army. Starting in 1968, his military career spanned 20 years. At the age of 19, Haynie found himself fighting in the jungles of Vietnam with the 23rd Infantry Division. Before retiring, Haynie served as a squad leader, platoon sergeant, drill instructor, a first sergeant, and finally as an instructor for the U.S. Army Sergeants Major Academy (USASMA).

After retiring from the Army, Haynie earned an AAS degree in Management, a BS degree in Computer Information Systems, and an MA degree in Computer Resources and Information Systems. He worked as a software engineer/project manager for eight years before teaching at Park University as a full-time instructor. Haynie continued as an adjunct instructor for thirteen more years. He also worked as an adjunct instructor for the Graduate program at Saint Edwards University for one year.

Today, he enjoys staying home writing about his military experiences and of the brotherhood he’d experienced in Vietnam.

Connect with Glyn on:

Giuseppe Ferrigno
5.0 out of 5 stars Alice
Reviewed in the United States 🇺🇸 on May 27, 2022
Verified Purchase
Alice (a doggie) steals the show. I am so glad to see that she is back. The series continues to delight. More, more, more!
Read more
Helpful
Report abuse
See all reviews
Report an issue
Does this item contain inappropriate content?
Report
Do you believe that this item violates a copyright?
Report
Does this item contain quality or formatting issues?
Report