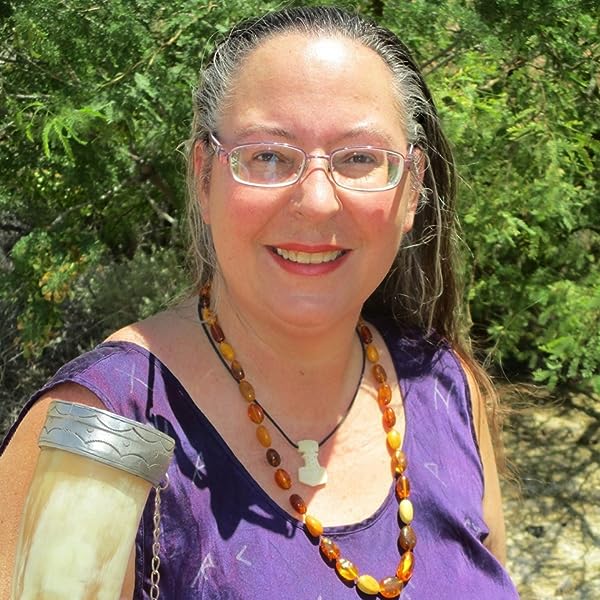 Tommy T. Taylor
5.0 out of 5 stars AMERICA REALLY DOES HAVE AMERICAN FOLKWAYS review by Garman Lord
Reviewed in the United States on May 3, 2014
In December of 2010, during a roundtable phone call among family members wishing each other Merry Christmas, author Erin Lale experienced an epiphany. The family she grew up in amounted to a religious potpourri including Native American, Asatru, Zen Buddhism and atheism, but no Christianity. No family member was Christian or ever had been, so why were they wishing one another a “merry Christmas?”
After much thought, Erin decided it was because they were American, and the expression “merry Christmas” was an American folkway, something we say to each other without thinking in a certain season of the year. (Never mind the contemporary PC proclivity for substituting “happy holidays,” essentially an ideological, rather than a folkish, issue.) Like most families, Erin’s had a Christmas tree with presents, stockings hung by the chimney with care, Christmas dinner, caroling around the piano, all the Christmasy things that Americans do all over America except that, seemingly, nobody other than the extremely pious, ever worship Christ. Practically every way in which Americans actually keep Christmas is merely rooted in some pagan folkway antedating the birth of Jesus by hundreds or thousands of years and, without thinking about it, those are the folkways we keep.
The same holds true for “American Celebrations” of everything from major occasions, such as the fourth of July, to myriad Hallmark holidays like Mother’s and Father’s Day. We do sometimes think of ourselves, with some justification, as a contrived, cultureless country, swept together in the middle of Modern history out of the tired, poor and huddled masses of the planet. To Erin, however, that’s just not giving ourselves enough credit. For all that we have no state religion, which is bound to be a good thing, it could be said that, for some majority of us, America itself is a religion, with its flag waving, pledge of allegiance, relentless exceptionalism and the thousand little folk-sacraments we see and observe all around us. We’ve got every kind of god or demigod; Santa Claus, the Easter Bunny, Tooth Fairy, Bogeyman under the bed, Guardian Angel, Fairy Godmother, you name it, sometimes even Jesus. We avoid black cats and Friday the Thirteenth, we won’t walk under a ladder or step on a crack, we don’t believe in ghosts but we’re afraid of them. It doesn’t matter whether we actually believe in any of these things, only that they are there in our folkloric consciousness. They are all there in what Lale calls “the American Celebration,” a good name for all the American sensibilities which pull us together as a “nation,” versus all the other racial, ethnic, regional, religious, political, linguistic and other differences which constantly conspire to pull all us Americans apart.
This is a delightfully written book on a, frankly, rather unpromising subject. Lale has a wonderfully light, painless touch in talking quite frankly about issues which divide us Americans very deeply, and sometimes distress us all. In doing so, she covers a lot of ground, filling in the background lore on all our celebrational traditions. There’s reams of lore cited there, some of it authentic, some obviously the stuff of urban legends. Which is which? You decide. But she’s right; all these commonplace things about us are our honest-to-god folkways, our “American Celebration,” which deserve to be understood and cherished among us.

Hope c
5.0 out of 5 stars The ultimate reminder of why we are "Proud" to be American!
Reviewed in the United States on May 13, 2014
As someone who lives in a highly diverse area of the U.S. (Miami) I see many celebrations from cultures around the world. It sparked a conversation about how few customs we have as American that are comparable to the ones we witness. After reading American Celebration my perspective has greatly changed. A greater appreciation of not only our customs but the journey to create them will be gained by reading this book.

Also included are as the author warns, are political rants. My favorite being the section on Rites of Passage. As a "survivor" of teen years and a parent of a teen, it was a relatable and intriguing point of view reminding me just how different we are in our current American culture from the past and other cultures in the present. While the vast majority of the book is factual information, the authors perspective humanizes the traditions.

This book ultimately is a collection of gems that I kept thinking of as a connect the dot puzzle. Knowledge of these customs and traditions are in many cases vague memories but after reading this book it puts into perspective how connected we are in our American Celebration.
Read more
5 people found this helpful
Helpful
Report abuse

America, the United States, was, of course a nation created almost from whole cloth in the late 18th Century. As such, its common "folkway", of which celebrations and holidays form a major cornerstone, were largely borrowed from other, older, customs and cultures. Ms. Lale looks into these origins and how they have been developed into a uniquely American folkway.

Not everyone will agree with her conclusions, of course, but even so they are worth considering if only to better understand ones own views by being able to step outside them for a time and see them from a new perspective.

The book is very dense, in the sense that it contains a great deal of information per page. As such, it can be heavy going at times and this may be intimidating to some readers. Rest assured that it is worth the effort.
Read more
One person found this helpful
Helpful
Report abuse

Long-haired maiden
1.0 out of 5 stars Terrible; full of inaccurate and outdated information
Reviewed in the United States on December 14, 2015
Full disclosure: I stopped reading after I finished the holidays section. There is maybe a popcorn kernel worth of truth in this. There is no debate over the facts because the facts are mostly wrong.

i.e. St. Valentine's Day did not originate from the Lupercalia feast. The last reference to Lupercalia was in the 6th century. St Valentine's Day didn't have romantic connotations until the 14th century. The Christians did not wait around for 800 years just to screw over the Roman pagans. For something to be taken from another culture, they have to overlap. That simply doesn't. Also, Lale's assertion about what grade school Valentine giving smacks of personal experience only. She may have been the weird kid who didn't get valentines, but that wasn't all our experiences.

The book assumes a huge bias that Christians are greedy and evil and that Americans are selfish. The writing level is also quite poor. The author writes as if her reader is a 6-year-old that doesn't understand history. As an academic paper, it would get a D for accuracy and an F overall.

Not recommended. If I could give this less than 1 star, I would. It deserves maybe a quarter star.
Read more
Helpful
Report abuse
See all reviews