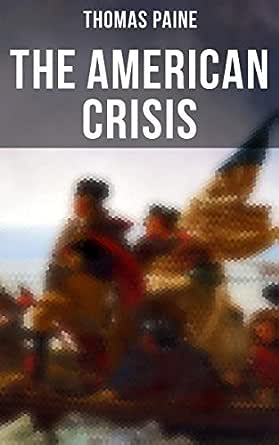 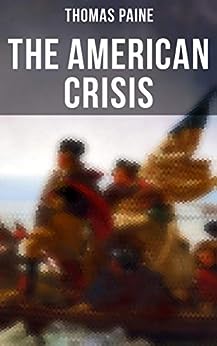 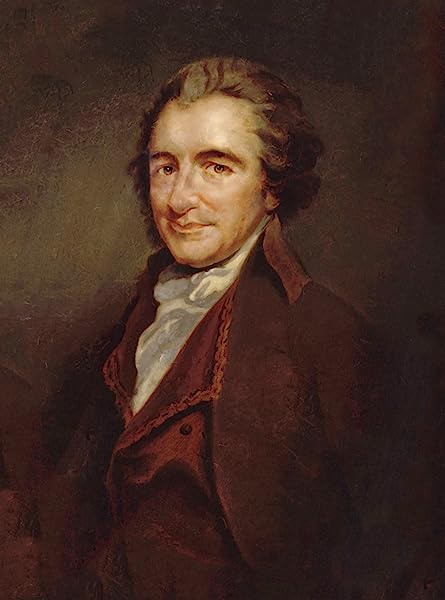 Thomas Paine (29 January 1737–8 June 1809) was an English pamphleteer, revolutionary, radical, inventor, and intellectual. He lived and worked in Britain until age 37, when he emigrated to the British American colonies, in time to participate in the American Revolution. His principal contribution was the powerful, widely-read pamphlet, Common Sense (1776), advocating colonial America's independence from the Kingdom of Great Britain, and of The American Crisis (1776-1783), a pro-revolutionary pamphlet series. --This text refers to the paperback edition.

3.8 out of 5 stars
3.8 out of 5
13 customer ratings
How does Amazon calculate star ratings?
Amazon calculates a product’s star ratings based on a machine learned model instead of a raw data average. The model takes into account factors including the age of a rating, whether the ratings are from verified purchasers, and factors that establish reviewer trustworthiness.
Top Reviews

Kindle Customer
1.0 out of 5 stars The Kindle book isn't there
Reviewed in the United States on November 6, 2018
Verified Purchase
I downloaded it on 3 devices and looked in the Cloud. Same story. Only two pages are there: the cover and a another page. So this isn't actually a review of the book.
Read more
2 people found this helpful
Helpful
Comment Report abuse

Patrick
5.0 out of 5 stars Five Stars
Reviewed in the United States on May 3, 2017
Verified Purchase
A must read for anyone interested in our government and it's beginnings.
Read more
Helpful
Comment Report abuse

Dawn Fulton
5.0 out of 5 stars Five Stars
Reviewed in the United States on January 15, 2017
Verified Purchase
" These are the times that try men's souls." As applicable today as ever.
Read more
Helpful
Comment Report abuse

Fleabus
5.0 out of 5 stars Read it
Reviewed in the United States on October 5, 2016
Verified Purchase
Well laid out, well written. Quite worth the reading, even at the deplorable level of American education.
Read more
2 people found this helpful
Helpful
Comment Report abuse

H. Schneider
5.0 out of 5 stars He who dares not offend can not be honest
Reviewed in the United States on July 4, 2009
Thomas Paine wrote this series of articles during the War of Independence.
He defines his purpose, in Crisis VII, as `setting forth to the one the impossibility of being conquered, and to the other the impossibility of conquering'.
There are 12 Crisis articles; oddly, though they are numbered chronologically, there is no number XII. The final one is numbered XIII; number X is not identified as such, but is called Crisis Extraordinary. The first was dated December 1776, and number XIII is from April 1783.
They can be read as running commentary on the war, with always updated views on the state of things and summaries of the history of the conflict.
The articles are signed `Common Sense' after his own seminal pamphlet from the initial period of the war. Some of them are addressed to somebody, like an open letter. The recipients are the British commander of the expedition forces, or the British `peace commission' sent to negotiate anything but independence, or the American people, or just the inhabitants of America, or the people of England...
TP sees himself as a natural interface between Britain and America, having himself only immigrated recently, not long before the war started. He assumes that the people of England have no real information about the war, being fully reliant on the official government propaganda, whereas the Americans can take sides and can draw on different sources.
Essentially, TP is full of contempt for British bullying and incompetence. His predictions for the development of the conflict prove amazingly farsighted. Even during the hard early years, when the expedition forces seemed to overwhelm the independence fighters, TP never believed in defeat. At least not in writing.
While some of the texts are outdated, a lot of them are fully alive even today. The man was a first rate propaganda talent, and he wrote on the right side of the fence.
In times of hardship: Those who expect to reap the blessings of freedom, must, like men, undergo the fatigue of supporting it.
He who dares not offend can not be honest. There are men who have not virtue enough to be angry.

By the way, congratulations on the 4th of July to my American friends.

Maxine
5.0 out of 5 stars Insightful
Reviewed in the United Kingdom on February 11, 2015
Verified Purchase
Brought for him indoors. He says it is the most insightful book he has ever read
Read more
Helpful
Sending feedback...
Thank you for your feedback.
Sorry, we failed to record your vote. Please try again
Report abuse

K. Knapman
1.0 out of 5 stars One Star
Reviewed in the United Kingdom on August 11, 2014
Verified Purchase
Failed to download properly
Read more
Helpful
Sending feedback...
Thank you for your feedback.
Sorry, we failed to record your vote. Please try again
Report abuse