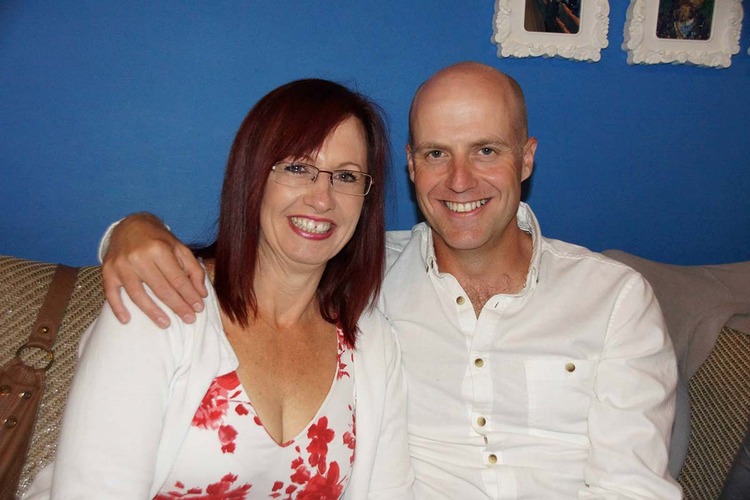 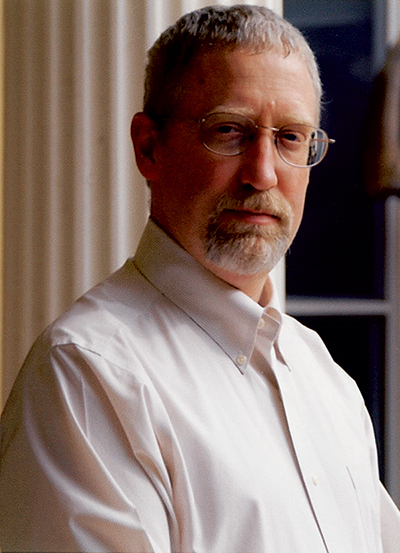 “An epic, landmark history that places the American Revolution on a global stage while never losing sight of the struggles and sufferings of major and minor characters… Taylor’s range is masterful.”
- Jill Lepore, author of Book of Ages: The Life and Opinions of Jane Franklin

“American Revolutions is a game changer―a sprawling, ambitious history that forever alters our understanding of the Revolutionary War era.”
- Elizabeth Fenn, Pulitzer Prize–winning author of Encounters at the Heart of the World: A History of the Mandan People

“As masterful as its author and as pluralist as its title, American Revolutions combines strong narrative drive with a kaleidoscopic array of settings and characters. In vivid prose animated by prodigious research, Taylor reveals the fight for the independence of the United States as a bloody civil war in which violence and division were the norms and clarity of purpose the exception. This is a sweeping synthesis for a new century.”
- Jane Kamensky, author of A Revolution in Color: The World of John Singleton Copley

“The new standard work―essential reading for anyone who wants to understand the complicated beginnings of our national history.”
- Peter S. Onuf, coauthor of “Most Blessed of the Patriarchs”: Thomas Jefferson and the Empire of the Imagination

Alan Taylor, author of American Revolutions, The Internal Enemy, and other acclaimed works, has twice won the Pulitzer Prize in History. The Thomas Jefferson Professor of History at the University of Virginia, he lives in Charlottesville and Davis, California.
Start reading American Revolutions: A Continental History, 1750-1804 on your Kindle in under a minute.

4.4 out of 5 stars
4.4 out of 5
130 customer ratings
How does Amazon calculate star ratings?
Amazon calculates a product’s star ratings based on a machine learned model instead of a raw data average. The model takes into account factors including the age of a rating, whether the ratings are from verified purchasers, and factors that establish reviewer trustworthiness.
Top Reviews

Shannon CC Nedelka
5.0 out of 5 stars Accessible History
Reviewed in the United States on November 5, 2016
Verified Purchase
This is a readable, engaging look at the American colonies and their rebellion against England. This added to my understanding of the revolution in much more depth than the "taxation without representation" story from High school American History class. Taylor gives a detailed account that is never dull. I feel more enlightened about the struggles of the colonies. Now the stage is set for the Civil War.
Read more
26 people found this helpful
Helpful
Comment Report abuse

William H. DuBay
5.0 out of 5 stars Revolutionary!
Reviewed in the United States on February 12, 2017
Verified Purchase
Alan Taylor makes the point that the American Revolution was also a civil war, pitting colonists and families against one another.

About two fifths of the population were active Patriots, two-fifths neutral or undecided, and one-fifth Loyalists.

The latter years of the war became especially savage. The population and the troops were starving. A full third of Continental troops deserted. Troops and wandering hordes ravaged farms and killed indiscriminately.

As the British developed an ambiguous policy about slavery, the Patriots were seen more as the protectors of property and freedom.

The British offered freedom to slaves who joined their troops and were promised freedom in England. At the same time, they were cautious about stirring up slave revolts in the great plantations of the Carolinas and Georgia, which they saw as great assets for British investors.

There is reason why southerners later saw slavery as a right they won in their struggle for independence.

Another factor motivating the Patriots was the irritating British restrictions against colonizing Indian lands to the West. Many Indians saw the British as their protectors, and Patriots indiscriminately burned Indian villages suspecting them of colluding with the British.

Both sides turned to atrocity as the standard MO. While the British tended to be dispirited by the atrocities inflicted upon them, the Patriots were the more enraged.

Taylor writes that made a difference in who won the war. The winner was able to tolerate the most carnage.

The War was fought not only for self-government and autonomy but also for the freedom to own slaves and expropriate the lands of Native Americans.
Read more
26 people found this helpful
Helpful
Comment Report abuse

Gadget Man
VINE VOICE
5.0 out of 5 stars Tour de Force
Reviewed in the United States on June 30, 2018
Verified Purchase
Well written and highly informative book. I also read American Colonies by the same author. The combination of the two books is my favorite treatise on the period leading up to the American Revolution. Taylor has an engaging easy to read style that really puts the period leading to the Revolution in the context of the struggle between, England, France, Native Americans and Spain.
Read more
7 people found this helpful
Helpful
Comment Report abuse

Jean H Hart
5.0 out of 5 stars The Definitive History of Revolutionary America
Reviewed in the United States on May 5, 2019
Verified Purchase
This was a useful book to read in these perilous times, as Mr. Alan carefully laid out the kaleidoscopic landscape - economic, political, spiritual, emotional, physical, cultural, and most of all human - within America during its early years. The similarities to today's America are striking - bad manners and all. That America has achieved what it has over the centuries seems even more profound within this context of constant internal revolutions. Perhaps one of the most impressive acts of the founders was to design congress, particularly the House, where a mass of folks seeking self glory can congregate, with rules, pontificate to their hearts desire, and get not much done to hurt the people. An argument to more power in the states.

This should replace history text books in American schools from the 6th grade forward. And be required reading for all candidates for political office.
Read more
3 people found this helpful
Helpful
Comment Report abuse

Atom Joy
4.0 out of 5 stars Very good single-volume history
Reviewed in the United States on February 18, 2017
Verified Purchase
This is an accomplished and readable single volume history of the American Revolution. The various intertwining conflicts in North America are efficiently placed in the broader context of European Great Power rivalry. One does not have to agree with all of Taylor's conclusions, and he no doubt over-simplifies in places. However, he succeeds in providing broad and detailed history lessons that remind us that armed revolutions are always messy and murderous, that there is nothing inevitable about their outcomes, and that the founding fathers were all too human, buffeted by events as much as masters of them. A recommended read.
Read more
11 people found this helpful
Helpful
Comment Report abuse

J. Folk
5.0 out of 5 stars The Best
Reviewed in the United States on February 5, 2018
Verified Purchase
This is the best history I read of the construction of America and the cause of wars that leads to the new nation. The book also closely documents the story of America’s peculiar institution – slavery – and how it set the stage for the rest of America’s history. It is a magnificent and closely documented book.

Mrs. Sarah Catrin Morgan
3.0 out of 5 stars A mixed bag
Reviewed in the United Kingdom on November 3, 2018
Verified Purchase
I thoroughly enjoyed Alan Taylor's earlier book, "American Colonies" and so I felt it was a no brainer that I should pick up this book. I was expecting a comprehensive history of the Revolutionary Era, but I did not get it. The interacting causes of the war were not made clear and the events and personalities of the Revolution were not fleshed out in enough detail; in many cases, they were just skimmed over. I always felt, reading this book, as if Alan Taylor never really wanted to write it; he misses out many crucial events and the narrative therefore seems rushed. That's not to say that it's all bad, though; what analysis is there is very interesting and the descriptions of the 1787 constitutional convention are particularly well done, as are the sections which outline how the constitution put the US on a collision course with a future conflagration of historic proportions; the Civil War. I liked this book, but it did frustrate me. I would not recommend it to those wanting a comprehensive history of the Revolution, but if you are already familiar with it, then you may well benefit from reading it. Enjoy!
Read more
One person found this helpful
Helpful
Sending feedback...
Thank you for your feedback.
Sorry, we failed to record your vote. Please try again
Report abuse

Declan Fennelly
5.0 out of 5 stars Great Read
Reviewed in the United Kingdom on March 14, 2019
Verified Purchase
Ive seen mixed reviews on this item. I found the book to be very informative and the flow made the story so easy to follow. well worth a read.
Read more
One person found this helpful
Helpful
Sending feedback...
Thank you for your feedback.
Sorry, we failed to record your vote. Please try again
Report abuse

SJ
5.0 out of 5 stars Five Stars
Reviewed in the United Kingdom on August 23, 2018
Verified Purchase
Brilliant. I will definitely be reading again.
Read more
One person found this helpful
Helpful
Sending feedback...
Thank you for your feedback.
Sorry, we failed to record your vote. Please try again
Report abuse

A Allison Cushing
5.0 out of 5 stars This is an excellent, mostly objective
Reviewed in Canada on May 17, 2018
Verified Purchase
This is an excellent, mostly objective, review of the founding of the United States. The author's approach to history is both informative and easy to read. The work does an excellent job of investigating the American creation myth and putting it in a clear historical context. A must read for anyone who wants to understand the Trump phenomenon from a cultural/historical perspective.
Read more
Helpful
Sending feedback...
Thank you for your feedback.
Sorry, we failed to record your vote. Please try again
Report abuse
Load more international reviews

Chris Raible
5.0 out of 5 stars Taylor Made, Fine Reading
Reviewed in Canada on January 14, 2017
Verified Purchase
Alan Taylor continues to combine thorough research with clarity of expression with this his latest work. If you've read "American Colonies" (and if haven't, for shame!) you will especially welcome this continuation of the story of our continent.
Read more
One person found this helpful
Helpful
Sending feedback...
Thank you for your feedback.
Sorry, we failed to record your vote. Please try again
Report abuse

Page 1 of 1 Start overPage 1 of 1
This shopping feature will continue to load items when the Enter key is pressed. In order to navigate out of this carousel please use your heading shortcut key to navigate to the next or previous heading.
Back
Next
Pages with related products. See and discover other items: history of united states of america, colonial america