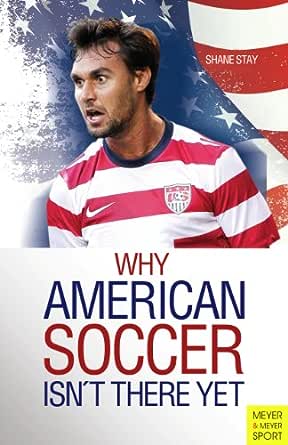 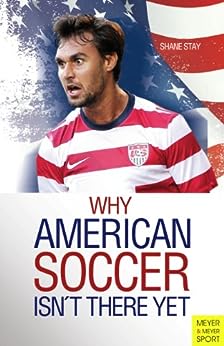 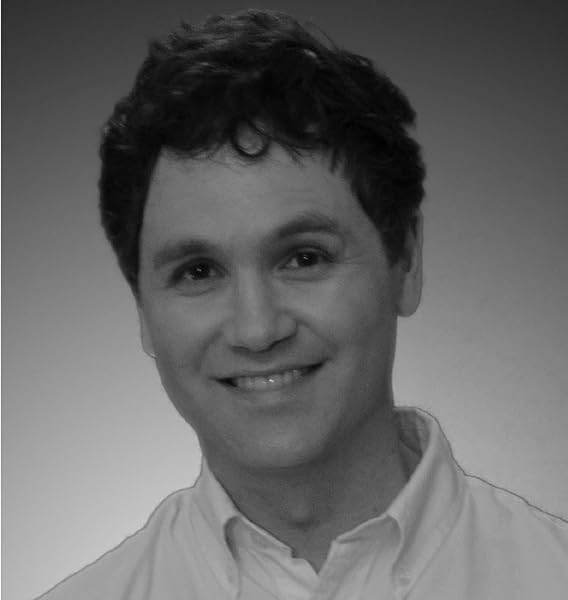 American soccer will be there when the USMNT wins the World Cup. America has dominated the Olympics and every other sport in the world, other than soccer. Therefore, soccer is America's last athletic frontier.

Shane Stay is the author of The World Cup 2018 Book: Everything You Need to Know About the Soccer World Cup, Why American Soccer Isn't There Yet and The Cairo Project, whose stories have also appeared in various online and print publications in the genres of sport, humor, and modern culture. In the calendar year of 2008, he played professional soccer, co-authored a print book, published a magazine story, bottled Leaf Dressing, worked clubs as a comedian, was a restaurateur, and received a Master of Arts. In 1999, he founded the first online Currents Events Game (CE Game). He has appeared on TV and featured on numerous radio broadcasts including ESPN and NPR. He lives in Chicago, Illinois.

KB
5.0 out of 5 stars Recommended
Reviewed in the United States on August 18, 2018
Verified Purchase
I recommend this book for all who ask why we are not doing better at soccer. I would play this sport if i was young again. Back in the fifties we did not have this sport where I lived in California. Soccer is the dominant sport of European countries by far. Football, basketball, and baseball are the most popular sports for the United States. Soccer is improving rapidly.
I have played and coached baseball on both side of the Atlantic. Schools and universities in Europe do not field competitive sports teams, however, a club system exists that is available for all ages and allows more participants to play. It attracts students, amateurs, and aspiring professional athletes. Current major league soccer recruiting and signing regulations limit the pool of prospects.
This book gives good insights and suggestions to improve the current approach, starting at the youth level.
Donald Bell

scott
5.0 out of 5 stars Soccer can happen in America
Reviewed in the United States on August 1, 2015
Verified Purchase
Its about time a book is out there to really talk about US soccer and why for such a powerhouse nation not to have a great foot- sorry soccer team.I have played roughly 30 years of this awesome sport and the book echoes my feelings as to why this is happening. I have given this book to friends that are coaches and it has opened them up to how the sport should be played and not the US way that they enforce at coaching clinics. So I ask the US to pick this book up and re-adjust to how we should play this beautiful game.
Read more
One person found this helpful
Helpful
Report abuse

Yiu Fai Tang
5.0 out of 5 stars review from Tommy Tang
Reviewed in the United States on February 12, 2015
I highly recommend this book to everyone. The book helps us to understand the rules and strategies of soccer game. He explained how American soccer players tend to play safe and they always avoid to dribble and ball-hogging. He also stated dribbling is not encouraged in American soccer games. The author argues that the players are encouraged to dribble in order to win the game. I like the part when he stated two points in soccer game, (1) "the eagerness to dribble, and (2) improvision in passing when the structure is not there." He explained eagerness to dribble means, "every once in a while you show off or hog the ball, or you dribble out of sticky situations." Also, I like the part when he talked about two-man game, means "to pass back to the player that just passed to you." He pointed out how many times the players engaged in two-man game during the matches. For instance, in the game Barcelona versus Valladolid, "the final match of their 2010 season, Barcelona passed within the two-man game 105 times."

melvin parks
5.0 out of 5 stars Great American Perspective on Soccer!
Reviewed in the United States on August 2, 2014
This book is turning my head more to soccer, as a friend pointed it out to me.

My friend's a big soccer fan,
and I'm a sports fan in general - and I'm one of those "just getting into soccer" fans, that is to say for the last five
or so years. So I jumped into this book, being about American soccer, being about how this place we live in
just doesn't get it, being about the first attempt to criticize soccer in America, and got into it. I was cracking up at many
spots, and engaged with all the rest of it.

Engaging in soccer in America, it turns out, is to be a little crazy,
and funny and self reflective to the point of ironic insanity. What? We keep doing that wrong, again? You'll get it, you'll like it
and laugh along the way.
Read more
3 people found this helpful
Helpful
Report abuse

StevenMC 19
1.0 out of 5 stars he does make quite a few good ones regarding the youth level
Reviewed in the United States on April 8, 2015
The copyright of this book is 2014 (in fact, the release date was shortly before the 2014 World Cup), but the entire book read as if it was finished in November, 2011. A few of Shay's opinions on American game play at the professional level seems incredibly outdated (the author being a former player that hasn't graced the field in almost a decade, and has continually shifted focus away from the game). The author also tends to compare his personal experiences as well as how other countries view us rather than offer statistical analysis as to why his views are justified. Anecdotal evidence from a semi-professional player who squandered his talent after graduating high school is hardly a solid basis for how to critique the whole of American soccer and it's structure.

While I disagree with some of his points, he does make quite a few good ones regarding the youth level. This book, barring all the fluff surrounding the professional level, could prove quite useful to U-17 coaches and younger. Shay exposes the flaws in our youth coaching system which duly needs repair.

Overall, this book is a very simple read. While there are a few nuggets of knowledge to be taken from these pages, it would be better suited for an aspiring coach to pick up another book based on tactics, or another book centered around statistics, rather than have to filter through one man's semi-professional opinion meant to simply ruffle feathers at the professional level.

It seems as if Stay began writing this book in 2006, dabbled in it for a few years, then finished after the 2010 World Cup, only to sit on it for three and a half years in hopes that he could cash in on the hype that a new World Cup can bring. Honestly, I feel cheated/swindled for buying this book, and will not be recommending it to anyone else.
Read more
2 people found this helpful
Helpful
Report abuse

Yiu Fai Tang
5.0 out of 5 stars I highly recommend this book to everyone
Reviewed in the United States on February 12, 2015
I highly recommend this book to everyone. I like the way he pointed out the biggest problem of how Americans play soccer. He stated American soccer players tend to play safe and they always avoid to dribble. The reason why they tend to play safe is because they avoid to make mistakes during the game.
Read more
2 people found this helpful
Helpful
Report abuse
See all reviews