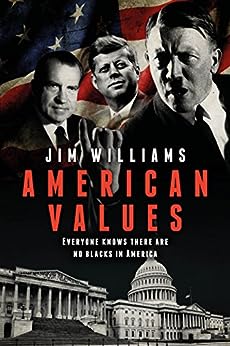 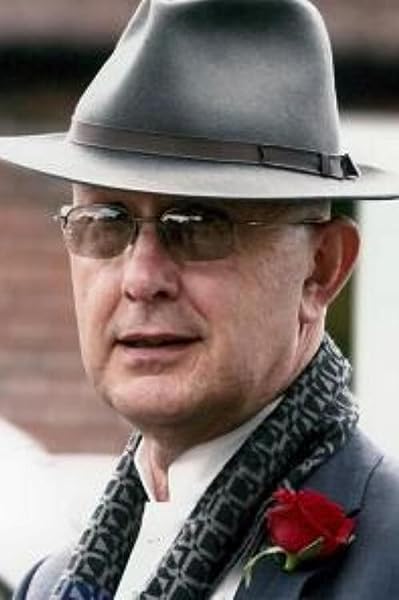 by Jim Williams (Author) Format: Kindle Edition
See all formats and editions
Sorry, there was a problem loading this page. Try again.
Conspiracies are not meant to be understood.

America in the Fall of 1963. The aging "Big A" has been President since he beat Roosevelt in 1932 and passed the Defense of American Values Act to establish his dictatorship.
Thirty years on, the United States is locked in a war to conquer South America. Racial minorities are persecuted, homosexuals killed, and African Americans have disappeared from public view. The country is worn-out and dilapidated, and people wait to see who will succeed the Old Man. In high places, Nixon and the Kennedys maneuver against each other under the watchful eye of J. Edgar Hoover.
Harry Bennet is a foreign correspondent for the Manchester Guardian, posted in Washington and treading warily in the political minefield. He is helped by his best friend, Jeb Lyman, but it is a dangerous friendship since Jeb is a high official in the feared General State Police and deeply implicated in the politics of the regime. Yet Harry has to trust him to protect the woman he loves, Maria, whose racial ancestry may not stand up to investigation.
Harry learns of a mystery patient secluded in one of Washington's hospitals. Following up the lead takes him across the decaying landscape of an oppressed America to Chicago, Las Vegas, Louisiana and Texas.
Ultimately his investigations embroil him in a murderous conspiracy to inherit the Presidency and he finally obtains an answer to the terrible secret hidden behind the public face of American Values.
Read more
Previous page
Next page

Jim Williams first hit the news when his early novels had the uncanny knack of coming true. The Hitler Diaries was published nine months before the celebrated forgery came out in 1983. Farewell to Russia dealt with a nuclear disaster in the Soviet Union months before the Chernobyl disaster. Lara's Child, his sequel to Doctor Zhivago, provoked an international literary scandal and led to his being a guest speaker at the Cheltenham Festival. Scherzo, a witty and elegant mystery set in eighteenth century Venice, was nominated for the Booker Prize. All of his fiction has been published internationally. American Values is Jim's fourteenth novel.

I was born in Oldham, England, the son of a coal miner and a cotton mill worker and grew up in circumstances that would today be considered poor. However I had loving parents and benefitted from a good education.

The most important fact in my life is that I have had a long and loving marriage to a wonderful wife, and my grown-up family still gather with us most Sundays for a family dinner.

I seem to have a happy, easy-going nature and I take a great deal of pleasure in ordinary things such as walking or gardening. My wife and I enjoy theatre, ballet, opera, paintings and dancing at every possible opportunity.

Tumbleweeds
3.0 out of 5 stars Not my cup of tea
Reviewed in the United States on January 5, 2018
I just couldn't get into this book. It takes place in the US and the spelling is American, but the language - and most of the narration - is very much stilted British. Examples: "Don't think it's all take and give. It's a two-way street - one thingy scratches the other whatsit and all that. Jeb can be very helpful when it comes to a steer on who's who in the Washington beau monde - and the monde that isn't so beau as well..." and later, "'And that's it for now, dear boy,' he concluded..."

It's a writing style that may appeal to some readers, but I found myself getting too distracted by the writing to make much sense of the story and finally decided not to finish reading it. You can get a good sense of the writing style by clicking on the "Look Inside" preview of the book - check it out as you consider whether you'd enjoy reading this book.

Of course, this is just the opinion of one reader. I do think that the story is an interesting one, but I found it to be a difficult read.
Read more
One person found this helpful
Helpful
Report abuse
See all reviews
Back to top
Get to Know Us
Make Money with Us
Amazon Payment Products
Let Us Help You
EnglishChoose a language for shopping. United StatesChoose a country/region for shopping.
© 1996-2021, Amazon.com, Inc. or its affiliates