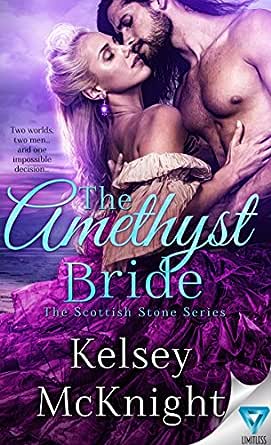 You've subscribed to The Scottish Stone Series! We will preorder your items within 24 hours of when they become available. When new books are released, we'll charge your default payment method for the lowest price available during the pre-order period.
Update your device or payment method, cancel individual pre-orders or your subscription at
Your Memberships & Subscriptions
There was an error. We were unable to process your subscription due to an error. Please refresh and try again. 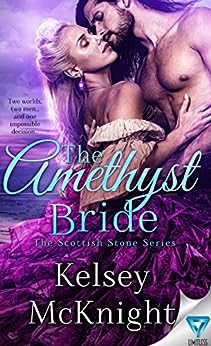 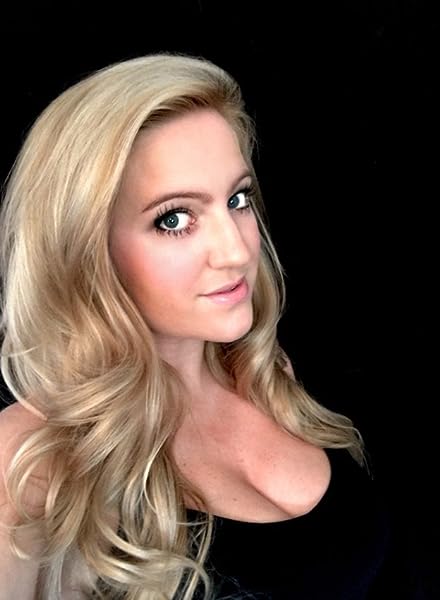 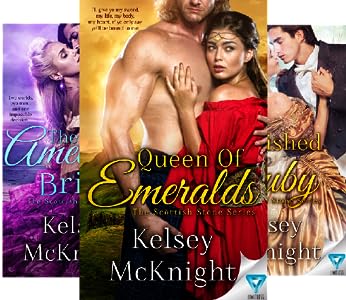 S. C
5.0 out of 5 stars Touching, Steamy, Romance!!
Reviewed in the United States on July 7, 2017
Verified Purchase
Another amazing installment to a heart wrenching series that kept me on my toes. By far one of the most touching books I've ever read that rivals the likes of John Green. Highly recvomrnd this book to all readers. But warning! You will need tissues for this tear jerker with a HEA.
Read more
Helpful
Comment Report abuse

Up 'Til Dawn Book Blog
5.0 out of 5 stars This book was so darn good!
Reviewed in the United States on June 23, 2017
**Disclaimer: I received a complimentary copy of this book.**

When Penelope attended the wedding of her best friend, she never expected to lay eyes on the groom's tall, Scottish cousin. And she definitely never imagined the quiet man would stir feelings in her that no other had. Unfortunately, Penelope's parents have been terribly judgmental of her former suitors and she doubted her mother would ever approve of the dark Scot. That didn't stop the sinful thoughts from running through her head, however.

Drummond knows his place in the world is in Scotland with his modest lands and loyalty to his cousin. Yet, he cannot deny the attraction he feels to a certain English woman who is entirely too uptight and proper for the likes of him. But to his surprise, Penelope agrees to assist him in writing a book to record his family's legacy.

As the pair work together and grow closer, the spark between them turns into a raging fire. One that quickly becomes impossible to ignore and every meeting only proves to stoke the flames. Drummond soon realizes that he is getting in too deep and he can never be like Theodore, the man that Penelope deserves. But is the seemingly perfect English suitor vying for Penelope's hand really what she needs? Could he ever make her happy if her heart belongs to someone Drummond?

As most of you know, I have developed a thing for historical romances. I can't really explain it but it's somehow quickly becoming my go-to subgenre of romance. This book is a fantastic addition to the genre. I haven't read the first installment of this series but I have it loaded on my Kindle, I'll be reading it within the week, and I'm really excited for it.

I will start with our dynamic duo, Drummond and Penelope. At first, I found Penelope's straight-laced demeanor a tad on the annoying side. I sincerely hoped that with time, our Scottish hunk could bring her out of her stiff and proper shell. And boy did he! Watching Penelope's walls crack and crumble was incredibly satisfying.

But what also impressed me was Penelope's reckless abandon after getting a taste of the wild side that she so often teased Charlotte about. I expected our heroine to feel overly-scandalized by her improper feelings and to shut herself away in denial. I was pleasantly surprised by her, even when her actions ripped my poor heart to shreds.

Speaking of tearing a hole in my chest, Drummond made me want to pull my hair out and swoon at the same time. When he became jealous of Penelope's beau, I may have squealed in delight. And when he made the impossibly heartbreaking decision, I frickin' cried while sitting in my bubble bath. Darn you, Drummond...

The romance was powerful and I adored our couple's growing partnership. I even fell a bit for Penelope's other suitor to the point where I had no idea how this could have been resolved without someone getting hurt. The twist thrown in really did take me by surprise. And the ending was when I think Penelope's character really shined. I applaud anyone willing to forego the conventional to find true love.

This couple was perfect for one another and their interactions were sweet with a big dash of spice. And the secondary characters were entertaining, as well. Seeing Charlotte and Conner together definitely convinced me to read their story next. From what I could gather from the hints tossed in, their road to romance was a wild one, too.

In closing...
I wonder who will be next to meet their match? Five suns!

Sarah DeLong
5.0 out of 5 stars Completely Engulfed
Reviewed in the United States on June 30, 2017
A beautifully penned historical romance that completely engulfed me. I felt so many emotions reading this ranging from happy, a little sad, totally heartbroken and sobbing at work on my lunch break, to finally breathing huge sighs of relief and feeling great again. As a reader, being able to lose myself in a book: it's plot, it's characters, the details of the scenes and making me feel all the feels is what makes for a great author. I truly enjoyed Penelope's story and can't wait for Flora's.
Read more
Helpful
Comment Report abuse

Ellie K.
5.0 out of 5 stars Another Gem! 😉 ⭐️🌟⭐️🌟⭐️
Reviewed in the United States on May 27, 2018
Yet another amazing story by Kelsey McKnight. Drummond and Penelope have amazing chemistry and their respect for each other is something you don’t see in most books. I cried during at least two portions of this story, and that is saying something!!!
Read more
Helpful
Comment Report abuse

Jacquelyn
5.0 out of 5 stars I loved the Amethyst Bride!
Reviewed in the United States on July 17, 2017
This is one is one of those books you can loose yourself in. All of the elements I love in a romance, well developed characters I find myself invested in, the interesting challenges they face, great romance and a historical setting.
Read more
Helpful
Comment Report abuse

Maryann Reinholz
5.0 out of 5 stars Good reading
Reviewed in the United States on August 15, 2017
Can't wait for the next book to arrive.
Read more
One person found this helpful
Helpful
Comment Report abuse
See all reviews from the United States