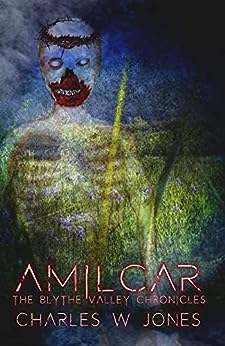 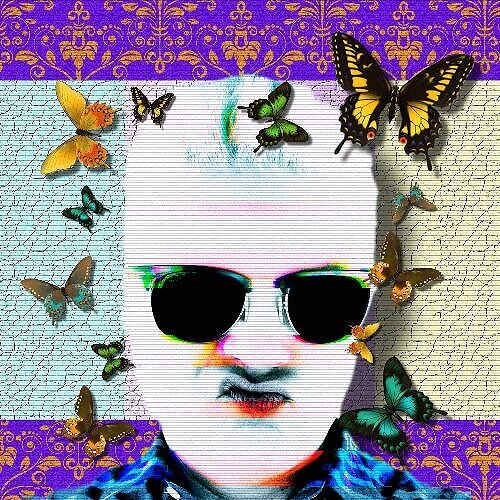 RoxB
4.0 out of 5 stars Evil versus Justice - Do Tell
Reviewed in the United States on May 1, 2021
Verified Purchase
Author Charles W Jones is at it again in creating a world in the city of Waldgrave, beginning with an art and antiquity appraiser, Kendric. The hook, Waldgrave has a secret, was enough for me to keep turning the pages. Mr. Jones is excellent at rapidly developing characters and highlighting their flaws. For example, Jones establishes the complex make-up of Kendric early, and his aged movements are immediate visuals for the reader. This opening, combined with an unusually carved box, is exciting and continues to evolve along with the story.

However, it is the discussion, Ares, Kendric's customer, has with a witch friend Fleur after inadvertently touching the item. My imagination took flight, and the pages turned almost by themselves.

"I guess." Ares groaned. "Can't you do a spell or something to push the evil out? You're a witch, after all."
"Cercueil de Bête were created for a reason, to contain a Fallen Angel. Anything I could possibly do would only make it angry and probably release it. So, unless you want a Fallen loose in Waldgrave, I suggest you focus your obsession on something else. Like a guillotine or St. Damascene's severed hand."
"I know you're probably right. But you didn't see this box. It's impressive. The sun on the top was white, carved out of a black background with other stars in the sky. The side that I touched with those people dying was just as magnificent. Someone took a lot of time creating it. It just seems a waste that I don't get to show it off."

The interrelationships between the characters highlight a small-town interest in one another's lives. The driven drama and excitement have the evil Amilcar at the center. The sins of people and Amilcar make this horror gripping as well as impossible to figure out in advance.

I recommend this book for fans of horror who appreciate good storytelling. The shades of believability will keep readers engaged. I am enjoying the imagination of Author Charles W Jones, you will too.
Read more
Helpful
Report abuse

Karen Black
4.0 out of 5 stars Effectively woven storyline is worth the price of admission
Reviewed in the United States on April 23, 2021
Verified Purchase
The novel starts with action and doesn’t slow down. I found the description of the Cercueil de Bete fascinating. The story grabbed me from the beginning as I anticipated meeting the beast that the casket held.

As the drama unfolds, there are quite a few characters. In some ways, the novel is like a series of short stories effectively woven together by a common thread, Amilcar.

The storyline is good, and horror aficionados will turn the pages quickly. “Amilcar” is worth the price of admission, and I recommend it.
Read more
Helpful
Report abuse

Yvi MC
VINE VOICE
4.0 out of 5 stars Great collection of horror short stories!
Reviewed in the United States on June 4, 2021
This was a great book of short stories. What I loved about it is that all the stories were connected, which gave it almost the feel of a full story, though told perhaps in reverse order. Lol! It was fun to see a character from one of his other books in one of these stories. The author does a phenomenal job creating his characters. Each story draws you in from the beginning, and all his characters are different, so I enjoyed that.

The common thread is Amilcar and how his evil devastates the lives of so many. I love the idea of the Carrington Collective, especially that they've existed for so long and always appear at just the right/wrong moment. The author creates each scene so you feel as if you are there with the characters. My only critique is that there was a lot of head hopping. I have a feeling the author was going for third -person omniscient, but in some scenes, it was a lot of switching POVs. Still, that did not deter me from enjoying the stories.

I would definitely recommend this book for anyone who enjoys evil spirits and the destruction they leave behind. :-)
Read more
Helpful
Report abuse

Shirley Slaughter
4.0 out of 5 stars Amilcar: Jumping out of my Skin?
Reviewed in the United States on April 23, 2021
Reading through each chapter, tying the character's lives to one pure evil presence was nerve wrecking to say the least. The author allowed me to get to know the characters, but just enough so I could relate to them. He scores points for that. Some writers are unable to connect you to one or two main characters. The scenes where Amilcar attacks and kills his prey was done in such a way that I wasn't frightened out of my mind. It was as if I was waking up without realizing what had happened in the night. That's good writing. I'm frightened enough as it is and don't take pleasure out of gore. I was on the edge just anticipating the next body count. Overall it was a good story about a curse handed down from one generation to the next. Charles Jones, good job telling this story.
Read more
Helpful
Report abuse

tonya
5.0 out of 5 stars Fantastic
Reviewed in the United States on May 4, 2021
Loved this book from start to finish. It's the kind of book that you will enjoy reading more than once and a wonderful addition to any library.
Read more
Helpful
Report abuse
See all reviews