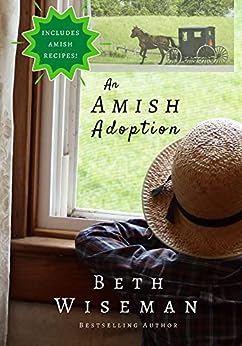 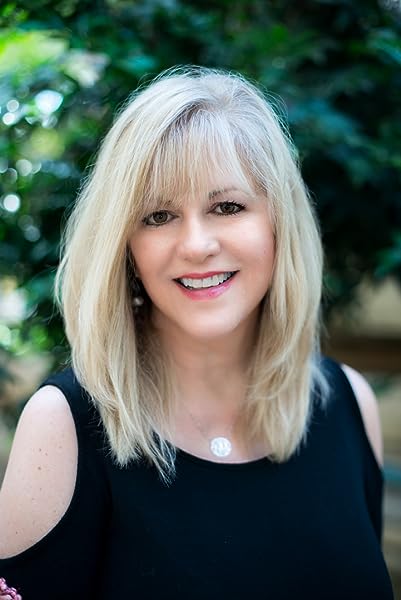 by Beth Wiseman (Author) Format: Kindle Edition
See all formats and editions
Sorry, there was a problem loading this page. Try again.

Bestselling and award-winning author Beth Wiseman has sold over two million books. An Amish Adoption is a heartwarming short story of love, loss, and the way God turns tragedy into triumph. A perfect afternoon read that might leave you with a tear in your eye.

“Adoption holds a special place in my heart since I was adopted and blessed with amazing parents.”
~ Beth Wiseman

Emily and Dylan have always wanted a child of their own, and they’ve fostered children for years. Each time a child leaves their care, the void returns and takes a piece of their hearts. When Emily’s estranged sister dies in an accident, the tragedy leaves six-year-old, Noah, with only one living relative—Emily. With their experience fostering, Emily and her husband are easily granted legal adoption of Noah. They welcome the child with open arms and enough love to last several lifetimes.

Caroline Yoder was Lauren’s best friend. When Lauren was down and out, Caroline and her husband, Abraham, welcomed then-pregnant Lauren into their Amish community, where she was later baptized. Noah was raised Amish, is devastated by the loss of his mother, and when he is taken from the only life he’s ever known to be raised by Emily and Dylan, heartache follows for all involved.

Will Noah adjust to his new parents in an unfamiliar world and fill the void in Emily and Dylan’s life? Or will God intervene and reveal the plans He has for all of them?
Read more
Previous page
Next page

Beth Wiseman is the best-selling author of the Daughters of the Promise series and the Land of Canaan series. Having sold two million books, her novels have held spots on the ECPA (Evangelical Christian Publishers Association) Bestseller List and the CBA (Christian Book Association) Bestseller List. She was the recipient of the prestigious Carol Award in 2011 and 2013. She is a three-time winner of the Inspirational Readers Choice Award, and an INSPY Award winner. In 2013 she took home the coveted Holt Medallion. Her first book in the Land of Canaan series—Seek Me With All Your Heart—was selected as the 2011 Women of Faith Book of the Year. Beth is contracted with HarperCollins Christian Publishing into the year 2018, and she has published thirteen novels and thirteen novellas to date.

As a former newspaper reporter, Beth was honored by her peers with eleven journalism awards, including first place news writing for The Texas Press Association. She has been a humor columnist for The 1960 Sun in Houston and published articles in various publications. However, writing novels is where her heart is. She left her job as a journalist in 2008 to write novels fulltime.

Beth has a deep affection for the Amish and their simpler way of life, and while she plans to continue writing Amish love stories, she is also branching out into other areas. Her first non-Amish, contemporary—Need You Now—released in April 2012 and landed on the CBA Bestseller List. She enjoyed writing the story based in a town near where she lives, and she chose another small Texas town for her next non-Amish contemporary—The House that Love Built—which is based in Smithville, the same quaint town where movies such as Hope Floats and Tree of Life were filmed. Beth continued to spread her wings when she released The Promise in October 2014. Inspired by actual events, The Promise follows Beth’s characters all the way to Pakistan. Beth was involved in the real-life rescue when her friend was held captive in Pakistan. Beth is currently working on book #2 in her new Amish Secrets series, tentatively titled Jacob’s Ladder. Book #1—Her Brother’s Keeper—recently released and was chosen as a Top Pick by RT Reviews Magazine.

Beth and her husband are empty nesters enjoying the country life in Texas. When she’s not writing, she loves to travel, paint, and enjoy time with friends and family. You can find Beth at Fans of Beth Wiseman on Facebook where she interacts with readers and on Twitter at https://twitter.com/bethwiseman.

Kindle Customer
5.0 out of 5 stars What a prize!
Reviewed in the United States 🇺🇸 on November 7, 2022
Verified Purchase
I have read and enjoyed Beth Wiseman's works for many years. To be honest I avoid novellas, but the promise of a recipe and it being on my Unlimited List--what a prize! Heartfelt thanks Beth.
Read more
One person found this helpful
Helpful
Report abuse

Monica A. McAllister
5.0 out of 5 stars Must - read.
Reviewed in the United States 🇺🇸 on November 28, 2022
Verified Purchase
Really tugged at my ♥ strings. A moving story of true love, forgiveness, and acceptance...a must read for anyone who loves Amish reading!!
Read more
One person found this helpful
Helpful
Report abuse

Amazon Customer
5.0 out of 5 stars An Amish Addoption
Reviewed in the United States 🇺🇸 on November 12, 2022
Verified Purchase
I absolutely loved the story. It was touching and very realistic and a little surprising. The characters were very relatable and I wanted to know more about them and how they progressed on their journeys.
Read more
Helpful
Report abuse

abbeftw
5.0 out of 5 stars Plans
Reviewed in the United States 🇺🇸 on September 12, 2022
Verified Purchase
A truly wonderful read. At first I wanted to scream as loud as Noah I kept thinking how could they do this to these wonderful people and that beautiful little boy, how could she go against the life her sister had chosen for herself and her child for her own selfish wishes, but god truly does put things the way he sees fit
Read more
One person found this helpful
Helpful
Report abuse

Bobette
5.0 out of 5 stars Peace and forgiveness
Reviewed in the United States 🇺🇸 on September 16, 2022
Verified Purchase
All things are possible . God's timeline doesn't always match our timeline. Prayer can help give us to the difficult times as well as the happy times. Our trust and love for him is everlasting.
Read more
One person found this helpful
Helpful
Report abuse

Mrs.G
5.0 out of 5 stars Immersed in a good read
Reviewed in the United States 🇺🇸 on July 26, 2022
Verified Purchase
I always enjoy a good read, one that lets me feel what the characters are experiencing. Having experienced the emotional pain of infertility, I could easily feel for Emily and her husband. Beth Wiseman never disappoints. My only complaint, not long enough! I hope to hear more in the future about Noah, Caroline, and Abe. I hope the bonds continue to grow between their family and Emily and Dylan.
Read more
Helpful
Report abuse

Mama Cheryl
5.0 out of 5 stars Redemption and Love
Reviewed in the United States 🇺🇸 on August 19, 2022
Verified Purchase
An adoption story with a twist. Caroline and Abraham watched Noah and his mom, Lauren. When Lauren passed away, Dylan and Emily wanted to adopt Noah. Since Emily has not had any children. Beautiful story of God's grace and His perfect plan. Beth Wiseman wrote a sweet novella. Excellent,
Read more
One person found this helpful
Helpful
Report abuse
See all reviews
Report an issue
Does this item contain inappropriate content?
Report
Do you believe that this item violates a copyright?
Report
Does this item contain quality or formatting issues?
Report