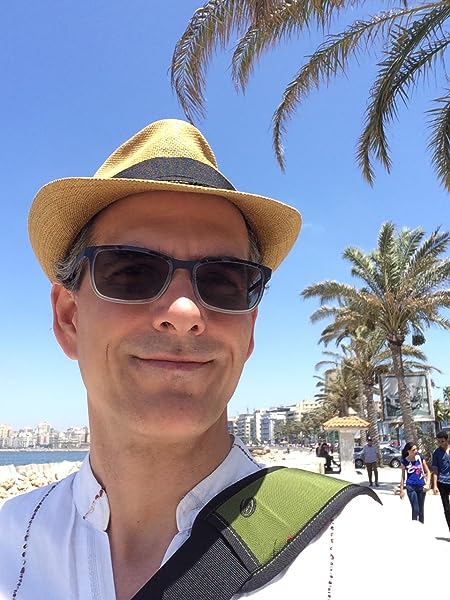 "Among the Jasmine Trees is a hauntingly beautiful example of all that is best in contemporary anthropology and ethnomusicology and their mutual nexus with performance studies and the ideas of embodied knowledge."―Jonathan Zilberg, Jakarta Institute for the Arts, Leonardo Reviews

"Among the Jasmine Trees is a hauntingly beautiful example of all that is best in contemporary anthropology and ethnomusicology and their mutual nexus with performance studies and the ideas of embodied knowledge."―Jonathan Zilberg, Jakarta Institute for the Arts, Leonardo Reviews

"Shannon provides an evocative and highly readable discussion of how music and discourse about music factor in processes of identity-formation in modern Syria."―Anne Elise Thomas, Ethnomusicology

"Both intellectually stimulating and delightfully engaging, the book stands out for its scholarly rigor and rich documentation. Shannon approaches his subject matter with keen musical sensibility and remarkable affinity for the community that he has studied." ―A.J. Racy, author of Making Music in the Arab World

"Throughout the 20th century, societies in the Middle East have labored to produce their own modernities which are often manifest in expressive culture. Shannon's nuanced and expert text should motivate thought about Middle Eastern societies for years to come."―Virginia Danielson, Loeb Music Library, Harvard University

JONATHAN HOLT SHANNON is an assistant professor in the department of anthropology at Hunter College of the City University of New York.
Read more

Start reading Among the Jasmine Trees on your Kindle in under a minute.

Dr. Debra Jan Bibel
TOP 1000 REVIEWER
5.0 out of 5 stars Culture Wars? Music within National Self-Image
Reviewed in the United States on July 30, 2009
Verified Purchase
Jonathan Holt Shannon, author of this book, is an anthropologist whose research uses the performance, forms, and religious, political, and social aspects of music as the focus to examine the roles of traditions or heritage versus and modernity in Syria specifically, and also among Levantine Arabs. The conservative forces of authenticity are in conflict with the often liberal elite views of incorporating modern, i.e., European or Western classical and popular, structures in music. The problem arises from the very existence of Syria as a relatively new nation (1946) carved out of the centuries old Ottoman Empire. For a Mediterranean area at the crossroads of empires, East and West, authenticity is a highly moot matter among indigenous scholars, critics, and musicians. Aside some agrarian folk tunes and dances, perhaps, how much of Arabian music is truly Arabian when Turkish, Persian, Byzantine, Kurdish, Andalusian, and Syriac Christian influences are found? Even the oud is closely related to the Chinese pipa, lutes having developed, shared, and adopted along the length of the Silk Road. This book seems to present more questions than answers: a very good thing, since Orientialism and stereotypes have influenced Arabs and Western scholars alike. Even the number, names, and origins of maqam modes are debated.

Scholarly but highly readable, Among the Jasmin Trees is a perfect follow-up book to Racy's Making Music in the Arab World, Waugh's Memory, Music, and Religion, and Marcus's survey and documentary CD, Music in Egypt. The scholar-musician tells delightful anecdotes, and interviews with many Syrian experts send him, and us, on a grand tour of the complex musical and cultural issues confronting this people. If these questions seems esoteric and not germane to our own contemporary life, consider when and how the United States developed its own unique American (not including Native American) music after 1776. This surprising, worthwhile book has lessons for us as well. After reading it, Arabic music is no longer a simple category.

Linda Shannon
5.0 out of 5 stars Among the Jasmine Trees: Music and Modernity in Contemporary Syria (Music Culture)
Reviewed in the United States on July 7, 2011
Verified Purchase
This is a beautifully written, comprehensive study of music culture in the Arab world, in Syria. One walks with the author as he explores this ancient country and how music is intertwined in its contemporary culture.
Read more
Helpful
Comment Report abuse

Eli G.
5.0 out of 5 stars Beautifully written book
Reviewed in the United States on March 31, 2018
I read this book many years ago. This book refelects the charismatic nature of the author as he explores the interplay of music and culture in the Arab world.
Read more
Helpful
Comment Report abuse

Brian
5.0 out of 5 stars A treat to read.
Reviewed in the United States on January 19, 2009
This book on music and people deals with authenticity and its construction in a place where music is much more than just music. Scholarly in its orientation, it is written so clearly that one needn't be an ethnomusicologist or anthropologist to read it. It has important implications for the way that we all approach the aesthetics of our identity.
Read more
One person found this helpful
Helpful
Comment Report abuse

Deborah Kapchan
5.0 out of 5 stars The jasmine is sweet.
Reviewed in the United States on February 8, 2006
This is a beautifully written book that illuminates many aspects of Syrian music and culture. I will teach it often in my graduate and undergraduate courses.
Read more
2 people found this helpful
Helpful
Comment Report abuse
See all reviews