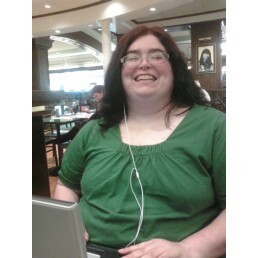 Amy McCorkle was born and raised in Louisville, KY. She has lived in New Mexico and Texas as well but she currently makes her home in Shepherdsville,KY.

From Hydra Publications, Set Fire to the Rain recently released and her first print novel, Bounty Hunter is due out in October. She is also contracted for the Gunpowder & Lead series she is co-authoring with Melissa Goodman.

Her work is flavored by her childhood heroes, pop culture, music, and the cinema as well as the writers she still enjoys reading today. 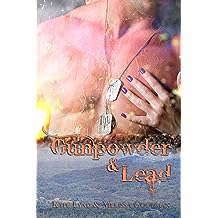 Gunpowder and Lead Dec 31, 2013
by Kate Lynd, Melissa Goodman
$0.99
Coming home to bury the mother who betrayed him years ago, Daniel Walker is a man without friends in Craft's Collie. But when a chance encounter with a woman from his past resets his course, he is forced to take a stand and come to terms with a life he realizes wants him as much as he wants it.
Read more 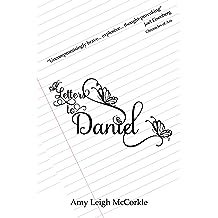 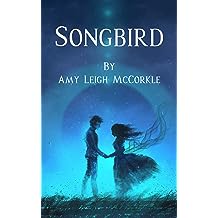 Songbird Feb 1, 2021
by Amy Leigh McCorkle
$2.99
Celine Bella spends her time in the dark of the early morning running. Running in a park, Running towards her dreams of singing and finishing a marathon. While trying to run away from a troubled past following her into the future.

Alastair Beckham, British transplant and local running legend spies Celine at the park and when their eyes meet there is an instantaneous connection and he offers to train her for that marathon.

When Celine's present infringes on her future, Alastair steps up and the blossoming friendship deepens into love. Slowly Celine begins to heal, allowing herself to believe in herself and the possibility of a happily ever after.

But when Celine's mother betrays her, Celine's life hangs by a thread. And it's up to Celine's newfound love to pull her through. Can he? Or will Celine's life slip way, and her love for Alastair slip through his fingers.
Read more
Other Formats: Paperback 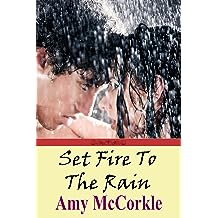 Set Fire to the Rain Jan 1, 2014
by Amy McCorkle
( 1 )
$0.99
Jack Harris is a former FBI Agent haunted by his failure to save his fiancée’s life. Starr Elizabeth is just as broken as he is. On a day they’d rather not think about their pasts, redemption is just a breath away. Can two damaged souls break through to one another to find their much needed healing? Or will their past drive them apart forever?
Read more 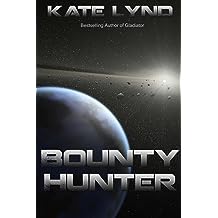 Bounty Hunter Nov 1, 2013
by Kate Lynd
( 10 )
$2.99
Dare to Fall In Love. Dare to Change the World. Logan Mitchell doesn’t mess around when it comes to business. He is a rarity, a half-breed human/alien who has survived the purge. The product of an illicit affair between a charismatic human rebel and a sympathetic female alien from the planet Lonegal he is an outsider. He is a bounty hunter, and he is the best at what he does. Enslaved from the age of fifteen, Alabama Newsome is a half-breed who’s managed to escape once and exact her revenge on the killer of her human mother and Lonegal father. Labeled a terrorist she was recaptured, tortured, and made to suffer for her actions. With the help of Logan’s imprisoned father she escapes once again and General Runyon wants her back. She’s pregnant with his child and he’s sure she’ll abort it. When her case file comes across Logan’s desk he’s forced to deal with the truth mixed in with the lies. And he must decide, bring her in, or risk everything just to save her life.
Read more
Other Formats: Audible Audiobook , Paperback