You've subscribed to The Pendhragains! We will preorder your items within 24 hours of when they become available. When new books are released, we'll charge your default payment method for the lowest price available during the pre-order period.
Update your device or payment method, cancel individual pre-orders or your subscription at
Your Memberships & Subscriptions
There was an error. We were unable to process your subscription due to an error. Please refresh and try again. 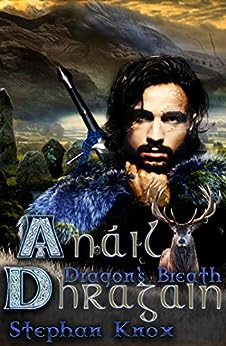 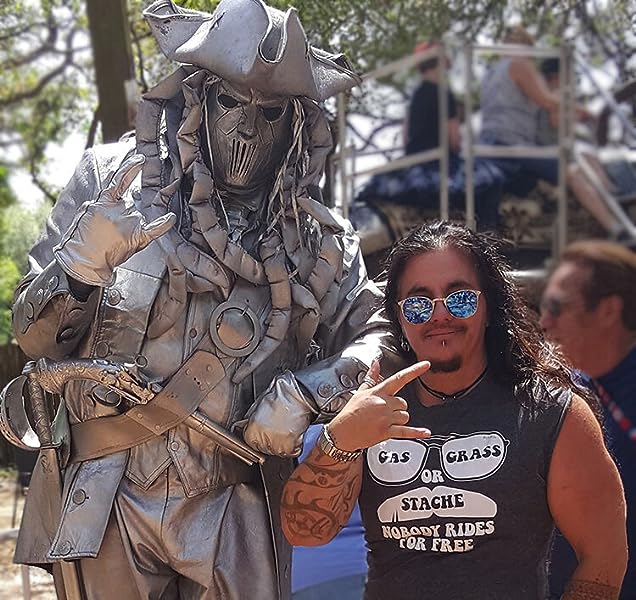 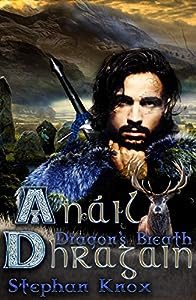 Stephan [pronounced: stef-fahn] is a relocated Nova Scotian who now lives in the sunshine states of the US where he spends most of his time writing out on the beach and tending to his accidental vegetable garden. He’s always been known to create vividly wild stores since he was a kid without any desires of publishing. Now, after retiring from the concert industry, his longtime affair of writing as a favorite pastime has now become a new profession. Being a Native American Siksika of mix blood (mixed culture as well), it was inevitable that everything else in his design would turn out to be a mix bag of hosh-posh influences thrown into a life time of nerdy-love for the studies into ancient cultures and religions. From his Indian heritage and Mariners family history, to his own self-expressions of gothic punk and natural science, plus a little bit of everything he’s ever explored and sampled, always managing to avoid falling into any form of stereo type’s definition. It’s no wonder, when it comes to his writing, he’s a rule breaker. Even when it comes to his two favorite genres: Post-Apocalyptic Dark Fantasy and Historical Fantasy. But in the end, oh the places we will go. --This text refers to the paperback edition.

Jaycee
4.0 out of 5 stars Epic.
Reviewed in the United States on April 1, 2018
Verified Purchase
This is a epic book, both in length and with its foray into history, myth and legend. Its a tale of duty and treachery, honour and scorn, and of love and loss.

It is gritty for certain; no pretty settings to offset a life hard-fought and hard-won. But its captivating in its blend of history and fantasy, and its impactful because of how well that blend is executed. Its an excellent and quite visceral rendering of the beginnings of the Pendragon Legend, and while its not at all what you might expect, there are some tantalizing glimpses of, and ties to the Arthurian Legend that make a buff appreciate the interpretation.

The narrative at the beginning put me in mind of a Michener novel; there was much detail to set up a story so rich in setting and character, but well worth the investment for a completely immersive reading experience.
Read more
2 people found this helpful
Helpful
Report abuse

Gerard C. Klug
5.0 out of 5 stars Great book set in Arthurian Britain
Reviewed in the United States on March 11, 2021
Verified Purchase
I loved this book as I love many books set in Arthur’s world. A little racy at times, but overall great.
Read more
Helpful
Report abuse

F. Lee Belcher.
5.0 out of 5 stars Fantastic novel......A smashing good read..
Reviewed in the United States on November 24, 2018
What a truly great novel. I could put it down from page one to the last it was exciting, intriguing .......and full of adventure.
The author takes on a trip in history back to the late 300 AD as we follow the life of a young man named Trystian and his family . The author is so good at taking one right back in time and you're there with every character as they go through the struggles of life in that time. The author is able to give each character the life they need in order to bring one into the world of England in the later 300AD . One becomes enthralled with every character as though they are part of one's family.
When I want reading this book I was thinking about wondering what I'd to happen next.
This is by far the best novel I've read in a while.
I HIGHLY RECOMMEND READING THIS BOOK.
this novel is exactly the type of book I love to read.
The fact that the main character just happens to be gay is just a bonus. But it's not all about being gay it's about life in that particular time in the world.
GREAT! GREAT! 5 plus stars.
Read more
Helpful
Report abuse

Wendy Stone
5.0 out of 5 stars One of the best LGBTQIA Historical Fantasies that I've ever read
Reviewed in the United States on April 30, 2018
I don't usually  use words like epic to describe a book. It has to be something special in order to have that 'label' IMO. Let me tell you all that this book is EPIC!!! It's a brilliantly written Pre-Arthurian historical fantasy that lives up to that title and more!

I was immediately captured from the very first gritty, realistic battle to the last. This book is the story of Trystain, the illegitimate son of Neven Pendragon. It showcases this man's journey as he is set upon it at the plotting of others, his course is dictated by his family and the fact that his father is the Lord Neven Pendragon, by a priestess and her vision, by the Roman's and their army and by a forbidden love. Trystain is a son who wants to please his father during a time when lineage and court rules of noble families was of the utmost importance. Nothing is spared in the telling of how difficult life was at the time and I really got a sense of how the saying "Only the strong survive" as he faces hardship after hardship.

There is immense world building in this story and I was appreciative of the amount of research that went into creating a tale where everything is plausible. I know that I was reading fiction, but even the bits that were for lack of a better way to describe it, spiritual magic, were realistic and believable.

Religion plays a large part of this story as well. It was a time where people practiced mostly Pagan or Earth religions but it was also a time when Christianity was fairly new and making its presence known. I could get a real sense of just how much these religions played a part of not only the characters daily lives, but also in battle strategy. And let me tell you, there are lots of battles and sword fights! Oh yeah, dragons might play a part in this story, too *wink wink*.

Trystain is gay and he does fall in love but this is not a romance. The love he has is deep and real and enduring but the nature of the story with the harsh reality of the daily struggle to survive and prevail, the intrigue and plots, the spirituality were foremost.  The fact that Trystain was gay and in love was important, don't get me wrong, his love was what drove him to succeed when he may have given up without it. But it wasn't fluffy or easy.

This is one of those books that I hope becomes readily available in libraries across the country. I think we need more historical fiction that represents the LGBTQIA community like this book does.

Stories like these, really good ones aren't rushed and it's very apparent that this author did everything in his power to bring us the best of the best. Lots of blood, sweat, and tears happen to make a story this good. I will happily read everything that Stephan Knox writes!
Read more
2 people found this helpful
Helpful
Report abuse

n1ght0wl
5.0 out of 5 stars Intriguing fantasy
Reviewed in the United States on November 24, 2018
When I first saw the long glossary at the start I was worried I would get confused and have to flip back and forth in the book. Fortunately the author provided in text citation to the definitions. It helped a lot and this is the first book I've seen that used the system. I, myself like to use it in essays.

As for the story I enjoyed getting to know Trystian, how thoughtless and heroic he could be when saving a woman being accosted by a man meaning to harm her and then later having to pay for it by spending fourteen years in the Roman army. It was interesting see the acts of war and the mentality the characters had. I like that morally Trystian wouldn't be swayed and would do what he thought was right and not expect any rewards.

One thing I will say about this book is that it is a long read. Amazon puts it over 700 pages.

I received a free copy in exchange for an honest review.
Read more
Helpful
Report abuse

Kindle Customer
5.0 out of 5 stars (Dragon's Breath )Anail Dragrhain A Amazing story !
Reviewed in the United States on December 29, 2020
The story of Trystain , son of a priestess and Lord Neven Pendragon begins in the midst of bloodshed
and war. It follows his travels and growth as a warrior and a man . The details of the story are richly intricate and well formed . If you are seeking a Authurian fable , this is not the book for you . If you are someone who enjoys a book that has depth, intrigue and substance , you will find it all within these pages . The Author has woven a story that gives the reader a multi-dimensional story . It is well worth the time to enjoy it .
Read more
Helpful
Report abuse
See all reviews

Louise T
5.0 out of 5 stars Flippin' love this!
Reviewed in the United Kingdom on May 29, 2018
Verified Purchase
This book is one of those that you can't put down when you start it. It's always a case of 'Just one more chapter' and before you know it hours have passed and you have to put it down to get things done. The characters are all clearly defined and well thought out, and the story is one that involves action, love, hate, and everything in between. Love, love, love!
Read more
Report abuse
See all reviews
Back to top
Get to Know Us
Make Money with Us
Amazon Payment Products
Let Us Help You
EnglishChoose a language for shopping. United StatesChoose a country/region for shopping.
© 1996-2021, Amazon.com, Inc. or its affiliates