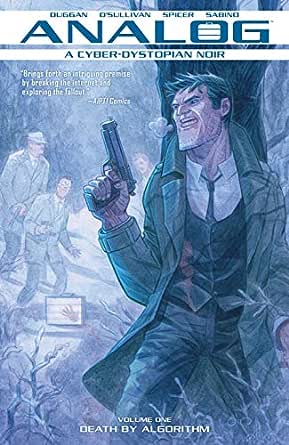 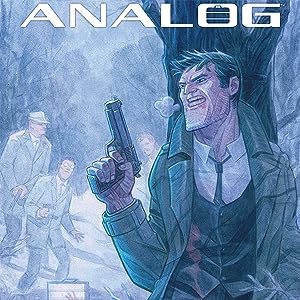 When will I be charged for each book?
Pre-orders will be placed within 24 hours, but you will not be charged until books are released and ready for download. We will automatically charge your default payment or other payment method on file.
You've subscribed to Analog! We will preorder your items within 24 hours of when they become available. When new books are released, we'll charge your default payment method for the lowest price available during the pre-order period.
Update your device or payment method, cancel individual pre-orders or your subscription at
Your Memberships & Subscriptions
There was an error. We were unable to process your subscription due to an error. Please refresh and try again. 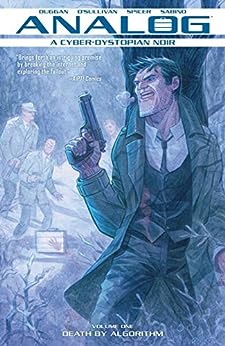 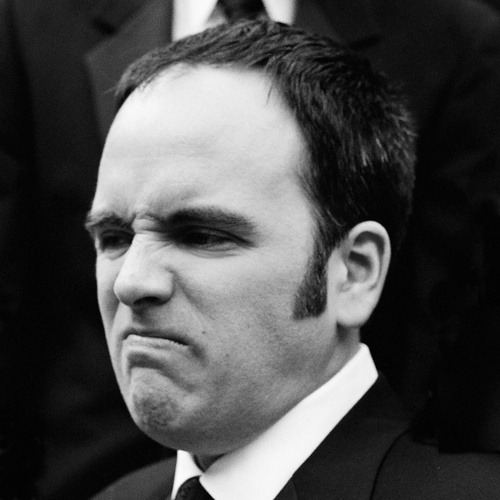 “A sneak peek into a not-so distant future where privacy has been stripped from everyone across the globe...with an air of quiet danger and intrigue, Analog promises to be a thrilling action-packed story that may hit just a bit too close to home.” ―Geekery Magazine

“A highly promising start to the series, with Gerry Duggan showing once more his chops when it comes to sci-fi and comedy. OSullivan and Bellaire are no slouches either, making the comic look as good as it reads. This one gets a recommendation.” ―Bleeding Cool

“Brings forth an intriguing premise by breaking the internet and exploring the fallout.” ―AiPT! Comics

“With comics as an industry so obsessed with the high concept, there's something refreshingly low-key about Gerry Duggan and David O'Sullivan's Analog.” ?Newsarama
--This text refers to the paperback edition.

M. Bonet
1.0 out of 5 stars Sad Disappointment
Reviewed in the United States on April 23, 2019
Verified Purchase
I purchased this graphic novel with high hope, it looked like an interesting story, which were promptly dashed when within 10 pages the protagonist references the 2016 U.S. Presidential Election and his belief that Russia interfered, we hardly get past that when then he beats up this white kid who is supposedly in the process of spray painting a swastika on a wall. So far, two political trigger points for those keeping score . I was pushing past that and trying to get into the story when he introduces his sniper friend, a female by the name of oona. We get to see oona who is described as "Half-black, Half-Irish" and the artwork is either really bad, or deliberate so that you can't even tell if oona is a women or not. Flat top haircut, flat chested, and no hips. That is when I gave up. To each his own beliefs, but just tell a good story with decent artwork, don't virtue signal.
Read more
14 people found this helpful
Helpful
Comment Report abuse

Robert Wagner
5.0 out of 5 stars Cant wait for part 2
Reviewed in the United States on October 21, 2019
Verified Purchase
Bought this on a whim because it sounded interesting, a decidedly cyberpunk detective story. I'm happy to say it completely blew me away and I've already preordered the 2nd volume.
Read more
One person found this helpful
Helpful
Comment Report abuse

Flash
1.0 out of 5 stars Cool concept, executed poorly
Reviewed in the United States on October 26, 2019
The concept for this comic was unique and interesting and I remember when the initial solicitations came out for this series, I was somewhat excited. Imagine a world with no privacy, where the internet collects everything about you and the society itself has gone a bit "off the rails". Imagine a hard nosed courier, hitman, private investigator as the lead character. But then.... the important thing enters the equation, "Who are the villains in this story?". Why, it's the fahshist's, and naughtzi's (getting past the censors with those spellings) of course, which is completely a fantasy world because who controls the technology these days...the authoritarian, intolerant left, that's who. Oh, and the book also mentions there are concentration camps too. And places where illegal immigrants have to hide. I think the author had a cool concept, but he killed it by placing it within his leftist fantasy world. That's his decision, but if his story would have been politically neutral, without interjecting these imbecilic left wing fantasy tropes, I might still be buying his comic (if he really had a good story to tell). As it is, in reality this comic only sells about 3000 copies of each issue. The author will probably claim he's a victim because someone like me won't buy his comic book!
Read more
3 people found this helpful
Helpful
Comment Report abuse

Skye Kilaen
4.0 out of 5 stars Why haven't more people heard of this series???
Reviewed in the United States on March 28, 2019
I didn't know if I was going to like this "cyber-dystopian noir" series, because the main character has such a giant chin. Look at that cover! It's preposterous. But one does get used to it, and this first volume of an ongoing series turned out to be really good. It's 2024, and someone broke the internet so there is absolutely no online privacy. Jack, our large-chinned hero, works as a courier for secrets, which travel on paper in a briefcase cuffed to his wrist. What happens to people who have valuable secrets? They get dragged into power struggles between various bad people, what else?

It's a bit lighter and wittier than what I was expecting given the "noir" label, but I could definitely see how this dude could be doomed. I was left wanting to know more about his role in the downfall of online privacy, the A.I. who has questions about that exact topic, and how much worse things are going to get for Jack.

p.s. His girlfriend and business partner Oona is a biracial black woman, and she is wonderful

David Mckimmie
5.0 out of 5 stars A really interesting balance of cyber, pink and noir.
Reviewed in the United States on November 15, 2020
Interesting story, snappy dialogue and fun art. It’s a really interesting balance of cyber, punk and noir. Those three words are often a shorthand for lazy stereotypes, but this is different, it feels fresh and original. The story zips along and just when you think you have a handle on the tone there’s a surprise- psychedelic AI?! Love it.
Read more
Helpful
Comment Report abuse

SebTheSatrap
5.0 out of 5 stars Fantastic
Reviewed in the United Kingdom on October 20, 2018
Verified Purchase
Absolutely loved this, so glad to hear that a film is being made about it!
Read more
Report abuse
See all reviews