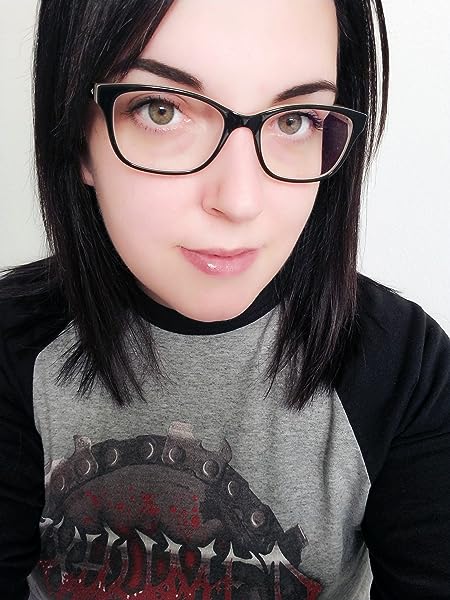 “Deering and company twist and reconfigure the clichés of the genre – from vampires, to werewolves to witches – shows they've done their homework… it's that passion that enables it to be so entrancing and readable, the way great horror works always are.” – Comics Bulletin

"A True Horror Masterpiece, Not To Be Missed!" - Decapitated Dan, Comic Related

"Anathema is a return to classic horror." - Geek Girl project

"Smart, and romantic and tragic and brutal and beautiful all at once, a love song to the dark woods of horror, screamed from a mountaintop against a wide, white moon.  Listen closely, and join in." - SFX

If you love Hammer horror films and things that go bump in the night, Anathema is a book that you will not want to miss." - Comic Monsters

"Fresh, diverse, and interesting...Anathema embraces the traditional while adding a modern twist, and the book is all the stronger for it." - Nerdly

Writer Rachel Deering is a rising star, first coming to prominence as part of the Kickstarter hit, Womanthology. Since then, she has done very well with her self-published horror anthology, In The Dark, and short stories for DC/Vertigo’s Magenta series. Christopher Mooneyham garnered great acclaim for his artwork on the Image series, Five Ghosts.

4.1 out of 5 stars
4.1 out of 5
4 customer ratings
How does Amazon calculate star ratings?
Amazon calculates a product’s star ratings based on a machine learned model instead of a raw data average. The model takes into account factors including the age of a rating, whether the ratings are from verified purchasers, and factors that establish reviewer trustworthiness.
Top reviews

Thaddeus C.
3.0 out of 5 stars Truly Wasted Potential
Reviewed in the United States on July 3, 2020
Verified Purchase
I found out about Anathema about 9 months after it had been successfully backed on Kickstarter. At the time, I wasn't able to back the project but I kept up with it, hoping to find a way to get copies of the issues. I'm a sucker for werewolves, so if you've got them in your comic I might just drop some money on it against my better judgement. That being said, this wasn't one of the many either terrible or forgettable werewolf comics I'd read. Christopher Mooneyham has a very active hand with his art style, one that seems to focus on a more sketchy technique but one that is also easy to read and gets enough of the forms right to make them visually appealing. I saw a lot of his work in 5 Ghost when the title was on the shelves and it's a really good style. He's certain no Alex Ross but I don't think he's trying to be, and that good. Check out his work in other comics if you find yourself admiring his artwork. The first issue of this turned out to be a surprisingly good, but it felt short:

Mercy abandons her lesbian lover to be burned at the stake but her soul is stole away by demonic minions of a long sealed Vampire before it is done. Knowing she can't do anything about it as is, Mercy is aided by an alchemist who gives her the means to become a creature of the night herself, a werewolf. She goes on a quest to find her love and hunt down all the dark minions of said Vampire and end him for good.

I was already hooked, but I needed more. Unfortunately, the book never reached it's supposed end; Not from a lack of funding, but from what seems to be a lack of want to finish it and a lack of communication between the writer, Rachel Deering and the various artists she paid to draw up the books. This extended to her backers as well, since many of them were not informed of anything and left in total silence as to what was happening. Eventually, it was pretty clear that the book wouldn't be coming out, and that everyone of the people who put down the money in that kickstarter for issues 2-6 had been taken for a ride. Now, whether it was a case of Deering running off with the money intentionally or not, I can't say, but what I can say is that her removing her Kickstarter account and all other social media presence isn't helping me in thinking about this any way other than malicious. And that if this book had been finished, or at the very.least news surrounding it wasn't so obscure, then I'd be writing a different review.

Though the jump from artist to artist is a bit jarring, what's here could have been the foundation for something great; if not a short and simple graphic novel. It's too bad that it's not enough to really fixate on, nor is it enough story to really say it's worth buying. That includes the art, which again jumps dramatically after the first two issues. Again, I am a sucker werewolf anything (anything? Anything...), so I was gonna buy this anyway; primarily because I already had the digital versions of each issue. Plus,I like physical comics better,even if the book isn't all really there. However, if it did have a bad story (what little is there) AND bad art (*ahem* Wolf Moon *ahem*), werewolves wouldn't have gotten the purchase at all. I can only stoop so low for a purchase. If you feel the need to, buy it and read it for yourself, I always think that's the only way to truly gauge something you're looking into. It's certainly not a bad read (for the first 2 issues) but it's definitely wasted potential.

Edward Evans
5.0 out of 5 stars A Must Have Werewolf Comic
Reviewed in the United States on February 26, 2020
Verified Purchase
Rarely, do we get a comic about a stunning woman that turns into a amazing and ferocious werewolf that kill foes that wronged her. And this comic delivers with amazing artwork and story. Hope for more this series.
Read more
Helpful
Comment Report abuse

A Customer
4.0 out of 5 stars Great Wolf Story
Reviewed in the United States on July 16, 2015
Verified Purchase
This graphic novel starts in-your-face. I'll be honest, I wasn't sure what to expect when I bought it. I grabbed it on a whim during a graphic novel binge. It's not your typical werewolf story for sure. I absolutely enjoyed it and hope there's more to come!
Read more
4 people found this helpful
Helpful
Comment Report abuse

fuzzychinchilla
5.0 out of 5 stars Awesome.
Reviewed in the United States on June 2, 2015
Verified Purchase
Beautiful art and solid story. Great book. Dark, haunting, and enchanting for all you bloodthirsty werewolf girls out there. It has everything a comic needs. Brooding hero with an epically tragic backstory. Check. Epically bad thing for said hero to stop from happening? Check. Dark, gory, haunting art with sweet fight scenes and emotionally charged scenes. Yup. More brooding. Check. Love it.
Read more
2 people found this helpful
Helpful
Comment Report abuse
See all reviews from the United States