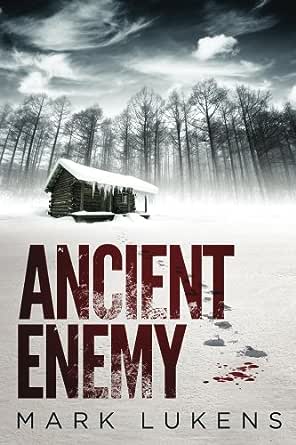 You've subscribed to Ancient Enemy! We will preorder your items within 24 hours of when they become available. When new books are released, we'll charge your default payment method for the lowest price available during the pre-order period.
Update your device or payment method, cancel individual pre-orders or your subscription at
Your Memberships & Subscriptions
There was an error. We were unable to process your subscription due to an error. Please refresh and try again. 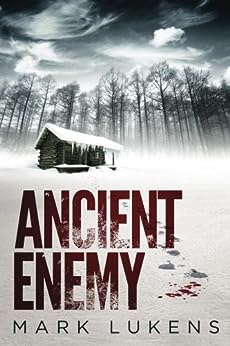 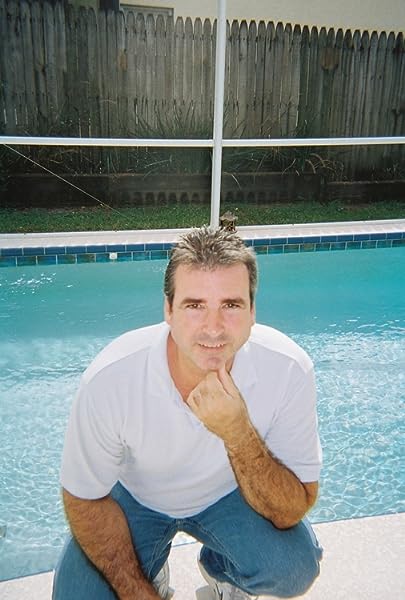 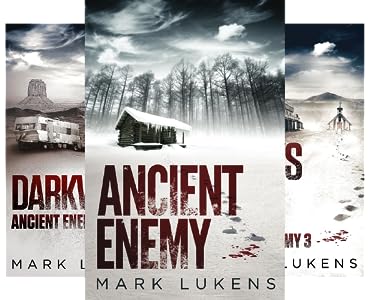 "With Ancient Enemy, Lukens has shown the world that he can imagine and write with the best ... Mark Lukens will soon be a household name. Superb writing and my interest in Ancient Enemy never flagged for one moment." - Lee Ashford for Reader's Favorite (readersfavorite.com)

"Mark Lukens proves to be a master at escalation and evoking empathy for his characters; his settings are so realistic that one has the urge to grab a warm blanket (and then hide under it). Such a relentless tension drives his horror plot that he kept me up until the wee hours wanting to get to the bottom of the supernatural mystery." - A.M. Stickel: Editor of Black Petals Magazine (blackpetals.net)

Mark Lukens is an author and a screenwriter. He lives with his wife and family near Tampa, Florida. --This text refers to the paperback edition.

4.1 out of 5 stars
4.1 out of 5
609 global ratings
How are ratings calculated?
To calculate the overall star rating and percentage breakdown by star, we don’t use a simple average. Instead, our system considers things like how recent a review is and if the reviewer bought the item on Amazon. It also analyzes reviews to verify trustworthiness.
Top reviews

K. Springs
5.0 out of 5 stars Could Not Put This Book Down
Reviewed in the United States on December 19, 2017
Verified Purchase
This review was first published on Kurt's Frontier.

Seven hundred years ago, the Anasazi People built an impressive civilization in what is now the Southwestern United States. Their disappearance is one of archaeology’s biggest mysteries. Stella is an archaeologist who specializes in Anasazi culture. She thinks she may have stumbled onto the reason for the Anasazi’s disappearance. The reason killed her team. Now she’s running from it with a mysterious Navajo named David boy in tow. It is something that has awaken after centuries of slumber. It wants things. You have to give it what it wants.

The pair flees into the Colorado mountains in a beat up old Chevy Suburban. A blizzard is closing in, and it is not a natural storm. Stella and David are carjacked by five desperate criminals. They take refuge in what appears to be an abandoned cabin, only to find themselves being toyed with by horrors beyond comprehension.

As an archaeologist, I’ve read many stories dealing with the mysteries of the native peoples in the Four Corners region of the United States. These tales deal with the lost Anasazi, skinwalkers, Chaco, and evil spirits. Mark Lukens pulls the mythology of the region together into a page-turning thriller. The force that is the antagonist for Ancient Enemy is never seen itself and is given no name. It can animate the dead, put people into a trance when they are vulnerable, and kill at will.

Stella and David, with the bank robbers Frank, Cole, Trevor, Needles, and Jose, are toyed with, picked off one by one, turned against one another, and driven mad. The entity wants something. It needs them to provide what it wants. The end result is a book I could not put down.

Liz
5.0 out of 5 stars Will definitely read book 2!
Reviewed in the United States on October 29, 2017
Verified Purchase
Easy reading, fast paced, overall I thoroughly enjoyed it! One never knows what one can find in archaeological digs which is where this all begins. Stella is just trying to save the life if a boy named David who is from Navajo descendants. It's what all that happens during her quest to save a boy that has you on the edge of your seat. Would definitely recommend this book to others!
Read more
7 people found this helpful
Helpful
Comment Report abuse

L. Maynard
VINE VOICE
5.0 out of 5 stars So sad to see it end
Reviewed in the United States on May 9, 2015
Verified Purchase
Character development is slightly lacking, but I can overlook that since the story is very exciting and fast paced. I get so tired of reading page after page of description while the pace of the story lags. This story was like being at the summit of a rollercoaster. You know the thrill is coming, your heart is racing and the next thing you know, you are sailing down the track at breakneck speed with your heart in your throat. There was suspense, mystery, and gore, just the right amount of each. The book was great from start to finish and I wish there were more out there like it.
Read more
14 people found this helpful
Helpful
Comment Report abuse

Steve Taintor
VINE VOICE
5.0 out of 5 stars Stella is an archaeologist, specializing in the Anasazi Indian ...
Reviewed in the United States on February 15, 2018
Verified Purchase
Stella is an archaeologist, specializing in the Anasazi Indian culture of the American Southwest. When an ancient evil is uncovered, Stella and her young ward David try to escape. However, they get waylaid by a group of bank robbers, and have to take shelter in an abandoned log cabin during a snowstorm. There, the horror begins.
.
Mark Lukens has created a very chilling tale of supernatural horror, with a storyline that will keep the reader riveted. His character development, both the protagonists and antagonists, is first-rate. There are very few slow spots in the pace of the tale, and the conclusion of the novel definitely opened the door for a first-rate sequel. I'm definitely looking out for Darkwind, the sequel to Ancient Enemy.
Read more
3 people found this helpful
Helpful
Comment Report abuse

bass player 61
5.0 out of 5 stars Grabs you from page one!
Reviewed in the United States on November 1, 2013
Verified Purchase
What a book! From the tense opening pages, this book maintains suspense and terror throughout. Stella, an archaeologist, and David, a young Navajo boy, flee an evil presence at a dig site in New Mexico. They end up in Colorado, and when a fivesome of bankrobbers intercept them on a backcountry road, they quickly learn they got more than they bargained for. The group take shelter from a blizzard at a mountain cabin, but the thing that's followed Stella and David has found them again. While stranded at the cabin, the evil entity terrorizes them, and starts picking them off one at a time. Will good triumph over evil? Is everything as it appears to be? The story moves along nicely, with the suspense amping up chapter by chapter. Not only is this a great thriller, but it left me strongly hoping for a sequel very soon!
Read more
38 people found this helpful
Helpful
Comment Report abuse

Brian
4.0 out of 5 stars A decent x file-like episode! (possible spoilers)
Reviewed in the United States on January 6, 2016
Verified Purchase
Whenever I read a book, I like to think of actors I can see playing roles from the story. The first group of guys that comes to mind is the guys from "Fire in the Sky" to play the robber group (robert Patrick- Cole, d.b Sweeney playing Trevor, and Allan Dallas' character would be Jose in the book). Now that THAT is out of the way, I thought the idea for the story was decent- would definitely make for an x file like episode that keeps peoples attention pretty well (without all the f bombs of course). I like the idea that Mr. Lukens didn't take sides on what the cause of everything was, he simply put the ideas out there. If you've seen "The Fourth Kind" there's a lot of little tid bits of ancient languages thrown in there as well very similarly. The ending didn't really do it for me. Its like a movie where it ends pretty abruptly with no real closure. ID be interested to see if Lukens writes a sequel following David's development into his heritage. On its own, unless you're really into the supernatural /sci-fi genre, this book isn't for you (nor will many other of Lukens' books). This of course makes Lukens one of my favorite authors of the genre. All of your suggestions are welcome for books I should be on the look out for. In the meantime, im going to get another Lukens book. Thanks for reading my review!
Read more
9 people found this helpful
Helpful
Comment Report abuse
See all reviews

Christian B
5.0 out of 5 stars Creepy, unsettling, and really good
Reviewed in the United Kingdom on November 8, 2015
Verified Purchase
Bought this book ages ago and finslly got around to reading it. Really enjoyed it. It was creepy and unsettling, but the characters and storyline were easy and believable to read which also made for an enjoyable read. I wouldn't say it was like reading a King book though. The voice is very different. Will definitely be reading more by this author.
Read more
Report abuse

Hobo
4.0 out of 5 stars Its in the Woods
Reviewed in the United Kingdom on January 19, 2014
Verified Purchase
A very enjoyable and easy read and will tickle the tastebuds of the horror Genre. An escape from an Archaeological dig from something unknown takes the reader into a snow covered landscape, a bunch of criminals, a remote cabin and something unseen in the woods.This book has been likened to Stephen King and I would tend to agree.Plenty of edge of the seat suspense and shocks.Well worth a read.
Read more
Report abuse

Wendy
5.0 out of 5 stars A new horror author
Reviewed in the United Kingdom on February 16, 2014
Verified Purchase
On reading this book I could have been reading a Stephen King. A good description of this book is provided by Amazon and I don't want to say too much to give the story away. The characters are easy to follow as is the story. A very well written and enjoyable horror book I will highly recommend this to others. Will be looking for more by Mark Lukens.
Read more
Report abuse

Iam An AmazonCustomer
5.0 out of 5 stars Great read!
Reviewed in Canada on November 23, 2014
Verified Purchase
Impressive work of fiction - features a compelling blend of the supernatural, a consistently forward progressing plot line, and just the right amount of morbidity to be a page-turning thriller that keeps you engaged. What I enjoyed most was that this novel offered something unique and different blending the story of an archaeologist digger, a group of bank robbers, the Navajo, and a supernatural being. The unfortunate part about this book is the ending; while the story keeps you engaged, it abruptly ends - but not with that leaving you craving more feeling. Instead it feels very unfinished. That said, if there should be a sequel to pick up the story where this one had left off, I would be the first in line to pre-order the book.
Read more
2 people found this helpful
Report abuse
See all reviews