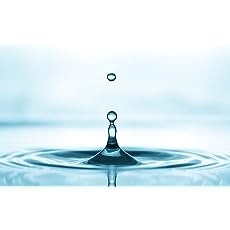 By Profession, I am a software engineer. Currently, my primary hobby is to decode the upanishads and sanskrit mantras that I have been taught from young age to revere and respect. Along the way, I have realized that most of the translations I have been taught have been flawed and influenced by the beliefs and devotion of the person repeating it to me. The meanings have become subjective and hence have lost their original teachings, ideas and concepts.

When these same works of literatures are translated with a different context set to them, they take on a totally new meaning. A meaning which is simply awesome and much more deeper than any of the superstitious meanings that have been fed to me. A science that even the modern science has failed to grasp and understand. If these works of literature are really the truth, then the ancient intellects and thinkers truly should be lauded to be able to see so far beyond this reality around us.

Whether the meaning is something that is only acceptable to me or many others is something I do not know. But, this hobby of mine got me thinking what if these translations really were the truth? What if truly we are able to hold our minds and body steady to look further, to know further, to understand the fundamentals.

I hope you enjoy these books as much as I do translating, understanding and writing them.

The details of my translations can be found at my blog https://ancientinsight.online
Read more 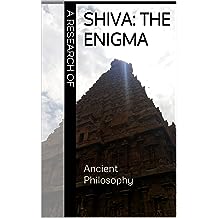 A Research of Shiva: The Enigma Jun 8, 2019
by Ancient Philosophy
( 2 )
$2.99
Based on the various translations I have done of the sthotrams, mantras, Tantras, Upanishads etc., I find our understanding of Shiva is quite different from what is described in these literatures. The notion of Shiva as a God, its religious association with divinity, as a belief or any emotions associated with it seems alien when these texts are translated and read. I find by associating emotions, judgement and conclusions based on judgement to the concept of Shiva, we have lost the knowledge of Shiva and romanticised it according to our needs.

This book is based on my research and translations of these literatures, the conclusions that I have drawn based on my translations, as to what Shiva possibly could have meant. You can read the translations at my blog https://ancientinsight.online.

At a very high level, a contextual translation of the ancient literatures indicate that Shiva is the environment that gets created due to the vibration(OM) yielding to the turbulence (Rudra) that is present in the Isha (a set of potentials). A constriction in the entanglement (created due to the turbulence), creates a Linga and causes a part of the vibration (OM) to hang perpendicular to this system. These vibrations circle over themselves and come back and meet the entanglement, creating an environment of directed and reflected vibrations which then supports the formation of impulses which then grows to become awareness and beings. This environment is sustained by the Linga and the turbulence each ensuring that the other does not fade away. 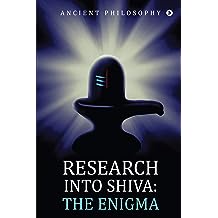 The book is a culmination of the author’s efforts to translate ancient works of literature such as the Upanishads, Bhagavad Gita, sthotrams, mantras and ashtakams in a different context. The standard translations of these works do not match his understanding of these verses and so he has based his work on word-to-word transliteration and converting these transliterations into semantically correct sentences. Further, he has changed word transliterations to have contextual meaning as opposed to using just a globally attributed meaning. For example, readers will be pleasantly surprised to read his translation and interpretation of the extremely powerful Gayatri Mantra.
The first thread of continuity that emerged for him when studying the various works of literature was related to Shiva. Following the thread of the various tantras, sthotrams and mantras that were attributed to Shiva, it emerged that Shiva was not really the God that he was taught to believe, but in fact something totally and completely different. The concept of Shiva is tied very deeply to the existence of the environment of reality around us. The book follows the thread in these works of literature to find the path to understanding this environment of reality, to arrive at the answer for the question “What is Shiva?” and to lay down the implications, if what is claimed in these works of literature is true. 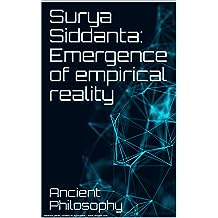 Surya Siddanta: Emergence of empirical reality Jun 15, 2020
by Ancient Philosophy
( 1 )
$2.99
Empirical reality has been the focus of most scientific studies. But, humans have always been curious about how awareness, consciousness, sub-consciousness, or how the mind works. How are thoughts formed? Am I the mind? Is the brain responsible for consciousness? Are thoughts consciousness? Are there sub-conscious thoughts? Is the observable universe the truth? Is there a truth beyond reality? What is difference between a living being and a non-living being? What is the soul?

If it is not about consciousness, the next curiosity has been about space, time and matter. Is space finite or infinite? If space is expanding, where is it expanding into? What is time? Are there extra dimensions to space? Is time the 4th dimension? How many dimensions are present? How does space and time relate to consciousness? If consciousness was not present, would there be space and time? Is this whole universe just a thought? Is there a consolidated thought that ties all living beings together?

Surya Siddanta, the ancient sanskrit literature, when translated in the context of "emergence of reality", answers just these questions. The concepts presented are surprisingly different and highly thought provoking, making us question our own science which we hold as undisputable. The Surya Siddanta describes the various steps involved the formation of reality, as it traverses from that incomprehensible, unmanifested qualityless truth to the formation of an Individual. This book explores the ideas, the principles and concepts presented in Surya Siddanta, and explains the steps presented with equivalent examples as seen in technologies created by us.

Read more about the translations at https://ancientinsight.online
Read more
Other Formats: Paperback 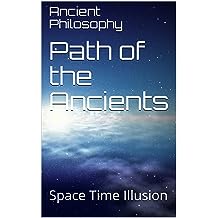 Path of the Ancients: Space Time Illusion Feb 26, 2018
by Ancient Philosophy
$2.99
Schrödinger has said "The world is given to me only once, not one existing and one perceived. Subject and object are only one.".

Heisenberg has said "What we observe is not nature itself, but nature exposed to our method of questioning".

The Kena Upanishad says "That which the mind cannot think, but that which is the mind, know that to be the ultimate truth and not that which you have imagined".

Is reality and truth the same? What if we can look beyond this reality and start to seek the truth? What will we find? Is this mind and senses enough to know it?

“If only pictures and words could capture the beauty of the world around us!!” Vijay could have easily dismissed it with that philosophical view. Yet that simple often repeated sentence had got him thinking. Once the train of thoughts had started he could not stop it. He had thought about how in spite of all the technological advancements the very simple act of “recreating a moment” was still not possible by mankind. It was strange that we lived in a world where companies were running behind “creating NEW artificially induced virtual reality experience” but no one could record “a real-life experience” and replay it in a virtual reality environment with exactly the same precision and experience.

Read the fictional novel of what could be a path followed by one person attempting to search out the truth.

Editorial Review
"Path of the Ancients crackles with compelling prose that moves effortlessly through the science, allowing Kalki to find her answers. The truth startles yet satisfies. By the book's end, this inventive sci-fi mystery rewires the reader's view of the world. The novel establishes a fascinating new series conceived by a thoughtful and imaginative author." Self-Publishing Review
Read more
Other Formats: Paperback 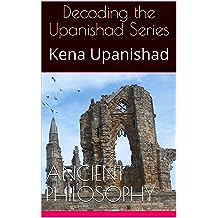 Decoding the Upanishad Series: Kena Upanishad (Decoding the Upanishads Book 1) Jan 13, 2018
by Ancient Philosophy
$0.99
Any form of knowledge transfer has huge problems. We have all seen the effects of this in the Chinese Whisper game, project requirement definitions, project executions and every other real life scenarios where teams are involved. The problem simply is that while words remain the same, they convey different meanings to different people based on the context. For eg., “a program” for a programmer means “code that is run in the computer”, while “a program” for a musician means “a set of performances given on the stage for an audience”. Again “performance” for a programmer is the speed at which the program is running in the computer while “performance” for a musician means “an act on a stage”. To add to this, when we encounter a sentence or a word that does not make sense to our understanding we tend to unconsciously translate it to a set of words that make sense. For eg., while a programmer may make sense of the sentence “compile a program” as actually running the compiler against the code to create a binary, for a musician “compile a program” means “setup a schedule for the program”. So it is seen that, unless the context is set correctly, words take on different meanings changing the meaning completely.
When the current world with all its intelligence, misinterprets easily what can we say of the upanishads that have been transferred by word of mouth for a long time before it has been put down into writing. Where meanings of words are themselves in doubt, where we have lost context completely, can we really trust what we read and interpret of the Upanishads?