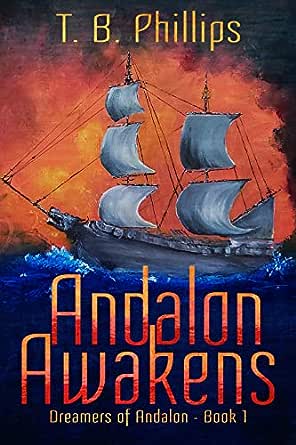 You've subscribed to Dreamers of Andalon! We will preorder your items within 24 hours of when they become available. When new books are released, we'll charge your default payment method for the lowest price available during the pre-order period.
Update your device or payment method, cancel individual pre-orders or your subscription at
Your Memberships & Subscriptions
There was an error. We were unable to process your subscription due to an error. Please refresh and try again. 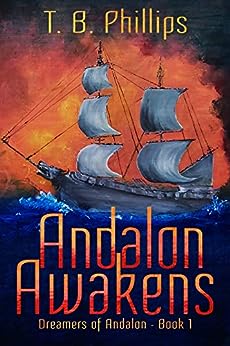 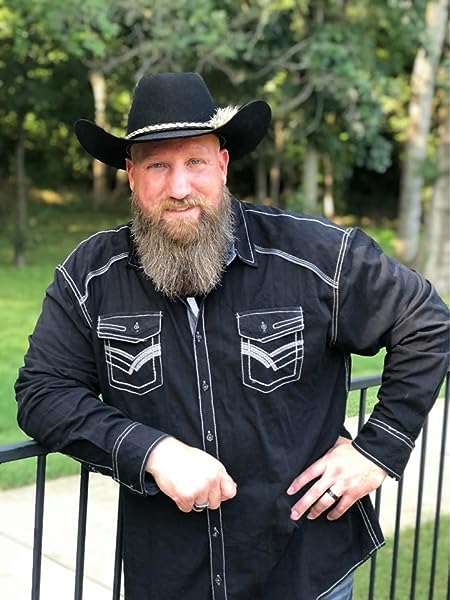 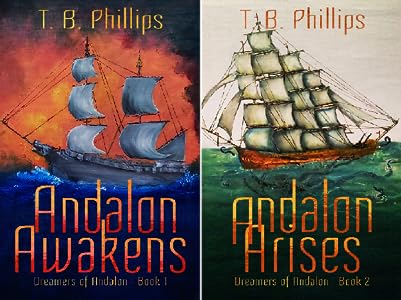 Thank you for finding "Andalon Awakens!"
This novel was as fun to write as it is to read. I hope that you agree with the reviewers that the characters jump off the page, forcing you to emotionally invest yourself as they make decisions. The heroes in this world are perfectly broken, just like us! I love each and every one of them, and my promise to you is that you will find them interesting and uniquely flawed.
I began this project under the prodding of my teenage daughters. We shared a family book club in my single father household, and they urged me to pen a "Dad Original." I kept my promise, and wrote it as an example to them and others that even though you've been through tough situations you can still be a hero. Most importantly, I had hoped they would resonate with each character independently while finding pieces of them hidden in each one. What i did not expect was for perfect strangers to find the same pieces of themselves inside, as well. I am humbled and happy if you feel that this story was written for you, because it turns out that it was.
My message to the reader? It's okay to be flawed, real heroes aren't perfect!

T.B. Phillips is a former sailor and educator with degrees in history and educational leadership. He is a father first, having raised three amazing children to adulthood despite spending many years as a single parent.
His work in public education included mentoring "At-Risk" students who required additional emotional or behavioral support in order to graduate. His time in the trenches has expanded his empathy for other, especially in recognizing that there is not perfection, rather, we are all perfectly flawed. This sentiment is reflected in his many faceted characters, all of whom come off the page and are seemingly alive and as human as each of us. He humbly thanks you for finding his work entertaining, and hopes to do so for many years to come!

4.8 out of 5 stars
4.8 out of 5
68 customer ratings
How does Amazon calculate star ratings?
Amazon calculates a product’s star ratings based on a machine learned model instead of a raw data average. The model takes into account factors including the age of a rating, whether the ratings are from verified purchasers, and factors that establish reviewer trustworthiness.

Ravreader
5.0 out of 5 stars Engrossing read, many-faceted characters....
Reviewed in the United States on October 11, 2019
Verified Purchase
I thoroughly enjoyed this book. Though initially I found the repeated introduction of different characters confusing, I kept at it and began to be truly engrossed as the characters slowly developed. Cowardice, betrayal, courage, integrity, brutality, compassion, all appear. Strong female characters, too. I really look forward to the next book! Unlike other reviewers, I would not call this sci-fi, at least not hard.
Read more
One person found this helpful
Helpful
Comment Report abuse

Rnrocks11
5.0 out of 5 stars Great fantasy/ Sci fi novel from a new author
Reviewed in the United States on July 2, 2019
Verified Purchase
I am big into scifi and fantasy. Everything from GOT to Starship Troopers. My biggest requirement is world building and Andalon Awakens does an excellent job of setting up an interesting world. It was a page turner and I finished it in a few weeks. I also liked the political intrigue and lessons interspersed in the novel. I am looking forward to book 2.
Read more
3 people found this helpful
Helpful
Comment Report abuse

Dr. Carissa Alinat
5.0 out of 5 stars Fans of GOT rejoice!
Reviewed in the United States on August 4, 2020
Verified Purchase
If you are a fan of Game of Thrones (as I am), Harry Potter, or Vikings novels, this will be right up your alley. I particularly enjoyed the action-packed adventures, vidid descriptions, and the strong female characters. Tons of betrayals, and scenes of battles, courage, cowardice, even brutality make this book very lively and vivid.
A very pleasant read, a page turner even, and definitely a recommended novel to any reader who likes this genre.

mrsphy
5.0 out of 5 stars Best Sci-Fi Genre Book I’ve EVER Bought!
Reviewed in the United States on July 7, 2019
Verified Purchase
I’m a huge fan of GOT and this particular sub-genre of Sci-Fi. You will be drawn in from the first page with the author’s vivid and artistic “painting” of his characters and their world. The book itself is beautifully done. It feels substantial and the quality is top notch. The font was easy to read and popped on the page. Do not hesitate to buy this book, your only regret will be the lack of sleep because you won’t be able to put it down!
Read more
2 people found this helpful
Helpful
Comment Report abuse

Ghost
5.0 out of 5 stars Must read!
Reviewed in the United States on July 5, 2019
Verified Purchase
From the first page I was hooked ( no pirate pun intended). I couldn’t put the book down! The characters are all quite memorable as well as the situations they get into. T. B. Phillips has created an amazing world that I hope to return to soon! Definitely check this one out.
Read more
3 people found this helpful
Helpful
Comment Report abuse

Branislav Bojcic
5.0 out of 5 stars Ok, this is something special
Reviewed in the United States on August 2, 2020
Verified Purchase
I really, really love sci-fi, I read a couple of them just this year, but this one is really special. I mean I can't stress enough how hard is to find that thin line when authors imagination becomes overwhelming, in other word confusing. This one has that perfect balance when the author succeeds in presenting his little imaginary world in which one we are definitely not lost.
Read more
Helpful
Comment Report abuse

Anita Johnson
5.0 out of 5 stars Great read and excited for the next book in the series.
Reviewed in the United States on January 15, 2020
Verified Purchase
Prepare to be taken into a world of epic imagination through well written characters which take you on a thrilling journey. If you loved the books and movies of Avatar: Last Air Bender, 300, and Pirates of the Caribbean then this is a great mixture of these put into one magical concoction. T. B. Phillips takes you on an imaginative journey of battle, characters, love, and creation of a whole new world. Be ready for the next hidden treasure of story telling because Andalon Awakens does just that.
Read more
One person found this helpful
Helpful
Comment Report abuse

Maria Thompson
5.0 out of 5 stars Can't wait to read book two!
Reviewed in the United States on July 15, 2020
Verified Purchase
A fantastic tale with pirates, sword fights, magic, love, betrayal, secrets and more! TB Phillips is becoming a master-craftsman weaving a beautiful tapestry of characters, adventure and wonder. The imagery of the battles at sea, the Pescari people, and even the evil that lurks behind the book cover is magnificently written. You will latch onto each character and hope your beloved favorites survive to the end of the series. Phillips has a vivid imagination that compels the reader to turn the pages faster and faster until they finish with a desire to read more.
Read more
Helpful
Comment Report abuse
See all reviews from the United States