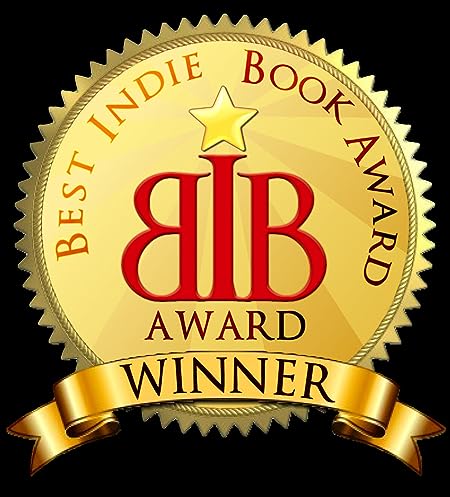 I was born in Detroit Michigan in the early 1970s. I grew up in one of Detroit Michigan’s worst neighborhoods and one of its best. I’ve lived the life of an urban American, a university student, an exchange student in Japan, an expat in Japan, a Northwestern School of Law at Lewis & Clark law school graduate, and small recruiting business owner.

I've always been a fan of history and great stories. I like my history straight with no chasers and I like my stories to be informative and entertaining. 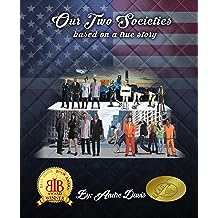 "Having read this book, I now see the mind trap that is so prevalent and insidious in the racism frame of mind."
Does a constant narrative of racial victimization help anyone besides race-hustlers reach what's left of the American dream? More importantly, have concepts such as anti-racism, white fragility, or critical race theory positively affected race relations? They say, "The road to hell is paved with good intentions." This memoir brings social equality versus social justice to the forefront and the pitfalls of making group identity more important than individual identity.

Often with a quick wit, heart-pounding suspense, or tear-jerking emotion, Our Two Societies explores difficult, delicate, and controversial topics. The author discards the polarizing political vocabulary used in discussing race today. Instead, he uses a far more self-reflective and pragmatic approach for all of us and our futures.

To the reader's delight, this book provides insights that help start a conversation about race relations rather than ending one.

Buy a copy today and start a conversation that has the possibility of leading to a positive outcome.

"You see, my daughter and son are black while my wife and I are white. His story helps me by giving me insight to the struggles my kids may experience one day. Thank you Andre for sharing your story." 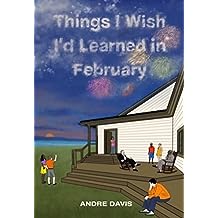 The victimization narratives disguised as History lessons taught in public schools do more to polarize than educate and unite. This quick read with beautiful accompanying pictures covers important and controversial subjects such as White Slavery, Interracial Marriage in Colonial Maryland, Blacks voting to ratify the Articles of Confederation, and more. Witty and insightful conversations between old men and teens are used to cover historical facts almost no one knows, but everyone should know. A general lack of historical knowledge has caused racial relationships to be unnecessarily harder and natural generation gaps unnaturally wider. It is very unlikely that your children will come across the historical facts in this book in a public school. If you are home-schooling your children, this book is worth considering. A common theme in this book is "You can't choose how you are born, but you can choose how you live." So here is some unsolicited advice. Choose to buy this very motivating and inspiring book. 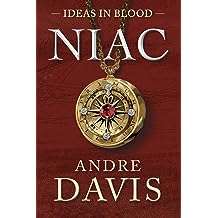 Marshall had just awakened to the unknown. He waited for the fear of the unknown to come. But fear did not come. Instead, something else did... Boom! Niac acknowledged the excruciating pain from wounds that would kill a man, but he'd felt worst and knew his body would heal by sunrise. The explosion that ripped the ship apart came from somewhere behind Niac. He inadvertently shielded Marshall from most but not all of the flying projectiles that ripped through Marshall's clothing, skin, and bones. The blast catapulted them through the ship's hull and into icy-cold water.

Four days later, the shock of existence caused Marshall's eyes to open as he lay half-submerged in frozen water, looking up into the clouds. He leaped to his feet with the quickness of an explosion causing ice to shatter from his skin. He was standing alone in the water off an icy beach in clothes so tattered they could barely stay on his body. Although there was no mystery about who he was, he had no idea or memory of how or why he was alone on an isolated icy beach.

Frantically, he turned his head left and right, hoping to find something familiar; to his dismay, nothing was familiar. Not even his own body. He slowly began to notice that he could barely sense the weight of his body, a sensation Marshall had never experienced before or could genuinely comprehend. As he looked out into the vastness of what he could only assume to be an ocean, he noticed that he could see at a distance reserved for telescopes. For reasons his mind could not grasp, his senses were reacting to the world in previously unfathomable ways. Marshall had just awakened to the unknown. He waited for the fear of the unknown to come. But fear did not come. Instead, something else did.

Buy a copy and find out what happened next.

“This first in the series novel is a marriage of vampires and American colonialism with a vividness of watching Mel Gibson's The Patriot with Anne Rice's Interview with a Vampire. I am interested in where the author goes with his story considering the twist at the end of the book. I thoroughly enjoyed the historical footnotes on slavery in America and hope to see more regarding the history of Blacks during the early years of the United States.” 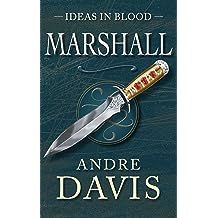 Marshall is the second book in the Ideas in Blood Series. The series begins just after the Age of Reason and at the beginning of the nineteenth century.

For the antagonist of the series, walking alongside human history, killing, and defrauding has become unbearably mundane and as routine as the sunrise. He is resolute in his belief that he has been cursed to be an immortal parasite and that there is nothing new under the sun. Consequently, he has existed for millennia without any hope of ending his parasitic existence.

However, a chance encounter reveals that there is something new under the sun and it produces a protagonist who’s cursed with the same immortality and all its horrific requirements.

Taking separate paths, the protagonist seeks a meaningful purpose in his new existence while the antagonist searches, with renewed hope, for a way to end his old existence. The series continues through the centuries as they hide in plain sight in a world where each technological advancement has the potential of exposing their identities as immortal killers.

Eventually, they meet again in a battle to stop the other from implementing their conflicting plans for the future of humanity.

Book two starts in America's north with an awakening and the fundamental question of being human.

As the story moves closer and closer to America's Civil War, new supernatural powers and a desire to control an undeniable thirst for human blood bring about a search for meaning and purpose.

Meanwhile, in America's south, an immortal killer operates with impunity, as southern slave owners blame the disappearances of their slaves on abolitionists. Book two ends with all eyes of Bleeding Kansas and Captain John Brown headed to Harpers Ferry.

You will find a treasure trove of citations for the uncommon historical facts presented throughout this work in the endnotes.