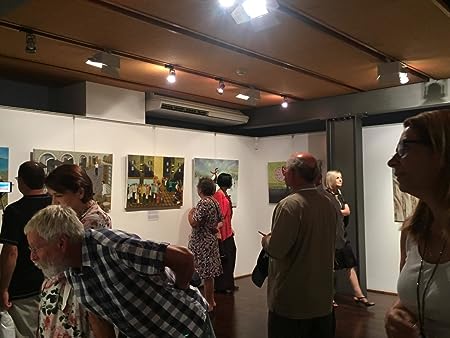 Andreas C Chrysafis is a published author and a writer of over four hundred articles and a recognized artist. Andreas, was born in a small village of Ayios Ambrosios in Cyprus to Greek parents.

At the age of 12 he moved to the UK where he finished his studies at Holland Park Comprehensive in London. There, he was accepted to enter the esteemed Royal Academy of Music in London but declined. An ex-Associate Member of the Chartered Society of Designers (ABID) by Royal Charter, he practiced his profession as an architectural designer for most of his life.

Without a doubt he’s a complex man with an inquisitive mind that always aims for excellence in everything he does. He is credited with a UK Patent; a thinker, an environmentalist and an advocate for Human Rights, Equality and Rule of Law.

Today he lives between London and Cyprus 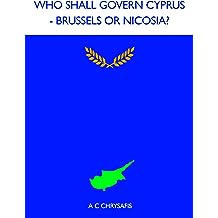 WHO SHALL GOVERN CYPRUS - Brussels or Nicosia? Mar 9, 2013
by Andreas C Chrysafis
$4.99
This political analysis is full of facts about the consequences
of Cyprus’s relationship with the European Union…
They are facts, which for years have been kept
secret and in the dark. Ultimately the EU Directives will
affect the life of every man, woman and child in the land.
Joining the EU is a marriage without a divorce…
Read more
Other Formats: Paperback 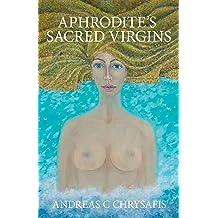 It portrays the introduction of Christianity by St. Paul and St. Barnabas on the island of Cyprus to convert Jews and Hellenes into the new faith. It is an inspiring novel that illustrates slavery, debauchery and rivalry between religious cults that pose a threat to Aphrodite Urania’s worship in fertility rites at her Sanctuary at Nikokleia.

The novel transports the reader into a bygone era of intrigue, Christianity and reveals an exciting adventure filled with historical revelations of times past. It’s a book not to be missed!
CHAPTER ONE
THE PAPHIAN WENCH, she had refused his amorous intentions one more time! This was his fifth attempt to bed Legia the Temptress and he was getting desperate. Time was not in his favour; at seventy-three years old there was not much time left. His bones creaked at his every move like dried up timber and his bodily ailments had begun to cause him problems but again, he could not complain. He had reached a ripe old age!
It was more than he could say for most of his friends. Some died during combat battles in the bloom of their youth, while others suffered aches and pains from old age. He had already succumbed to his destiny for the ultimate solitary journey and was more than ready to make the giant leap to eternity. Not only was he ready but also mentally prepared to make the final passage into the black abyss of the afterlife. If only he could be granted one last wish – one night’s pleasure with that mesmerising Legia who drove him insane!
Like a wily thief in the night Death could easily sneak behind him, snatch his soul and sling it right across the Styx and if Persephone were on duty, she would have a feast with his soul! He was not scared of death, but if suddenly the inevitable came upon him, he’d lose the chance of ever intoxicating his nostrils with the wonderful scent of the Paphian vixen. Rumour had it – bragged about by the privileged few – that she had warm kisses sweeter than nectar and a gentle breath to sooth the inner spirit of those who touched her lips. What a wonderful death that would be...
He had tried so many times to lure the temptress into his web but she was too smart for him; she had him going around in spins from blind passion! He threw at her all his charm and fine mannerisms, but all those persuasive attempts had failed him miserably. She behaved like a wild filly refusing to be tamed! Of all feral creatures, this woman proved to be the most unruly feline he had ever known. This Paphian strumpet proved to be the champion of them all.
EXCERPT:
‘Custodian…we want to talk to you,’ called out Agathon and peeked his head into the darkness but there was no response. He shouted for the second time but much louder this time.

A middle-aged man wearing a long chiton instantly jumped up half dazed and saw the two young faces staring at him. ‘How dare you’ he shouted back, ‘do you not know it’s a crime to deprive a man of his midday rest?’

‘Do you want to make some money?’ Harilaos said to him straight to the point.

‘Money? No, I just want my sleep,’ he replied and stood up. He walked out to face the intruders and did not have a happy face at all. He seemed furious.

‘Are you sure? You will soon change your mind once you hear our offer,’ Agathon said to him and pulled out a money pouch.
Read more 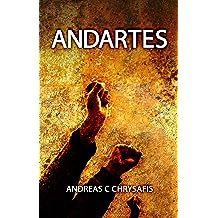 ANDARTES Apr 6, 2011
by Andreas C Chrysafis
( 5 )
$4.99
One cannot put this novel down…It is vividly written, brutal,
emotional, and with a gripping storyline based on real events
during the EOKA struggle for the liberation of Cyprus. This
absorbing read follows Alexis, whose pride and ideals lead
him on a journey that results in his paying the ultimate price.


If ever in Cyprus…a fool comes across your path,
Do not condemn him…praise and understand him.
For he may have been the one…who had paid the
Penalty for Freedom…
So you may live, and he should die… 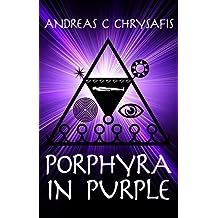 PORPHYRA in PURPLE Apr 5, 2011
by Andreas C Chrysafis
$4.99
A freak accident and the discovery of a codex, take Nikolas and Christina on a fantastic adventure. They are thrown onto bizarre encounters with ethereal entities, parallel dimensions and a strange black pyramid.

Our young protagonists assisted by angelic life forms
reach the heavens where souls are first born. There,
they witness the infinite Porphyra at the Gates of Egress
where the gathering souls meet
alongside the shores of the Forgetful River. Things
however are not what they seem to be, and the journey
home takes a strange twist. This novel is amazing!