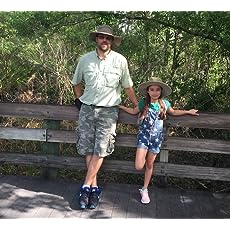 Andrew Frinkle is an award-nominated teacher and writer with experience in America and overseas, as well as years developing educational materials for big name educational sites like Have Fun Teaching. He has taught PreK all the way up to adult classes, and has focused on ESOL/EFL techniques, as well as STEM Education. With two young children at home now, he's been developing more and more teaching strategies and books aimed at helping young learners. 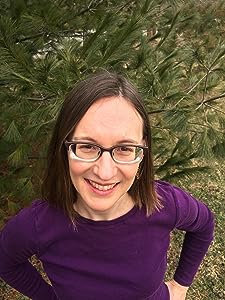 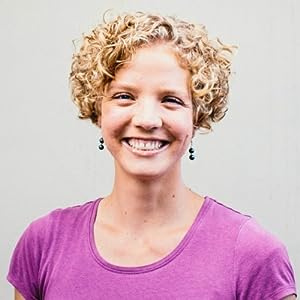 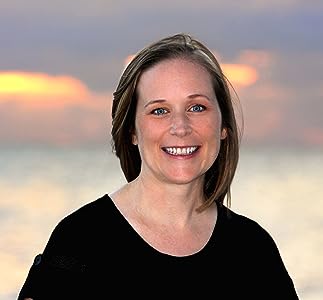 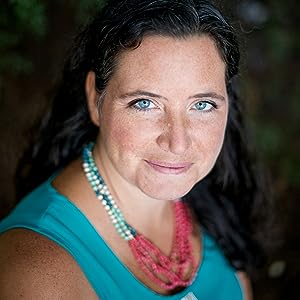 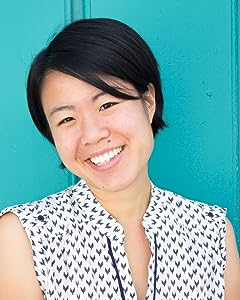 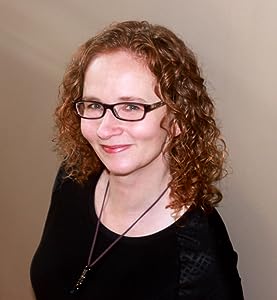 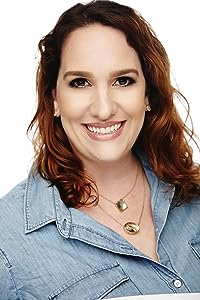 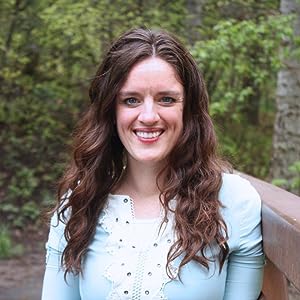 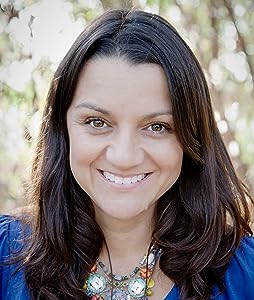 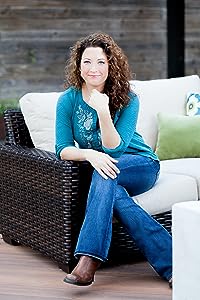 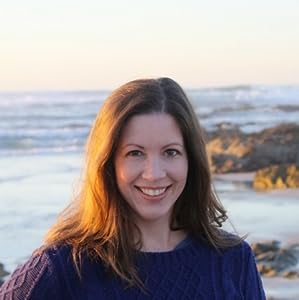 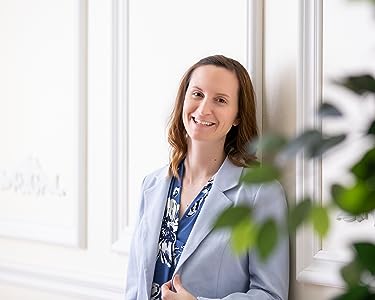 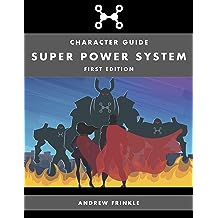 Super Power System: Character Guide Apr 16, 2020
by Andrew Frinkle
( 2 )
$5.99
You’ve got the Super Power System - Roleplaying Guide, and now you want to expand your action! This add-on volume adds examples and in-depth explanations for character creation and leveling up. It also has custom NPC characters for your adventures, character blocks for NPC’s, and more!Also included are the NEW Leadership Abilities based off of your Social Block skills for higher-level characters and leaders of Super Teams! Still not enough? Check out the pre-made Magic Abilities, Psionic Abilities, and our collection of Gear! Use ours or make your own to further customize your super characters!Get more out of your Super Power System!
Read more
Other Formats: Paperback 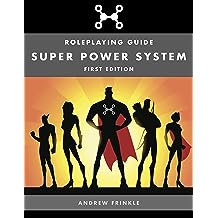 Super Power System: Roleplaying Guide Apr 16, 2020
by Andrew Frinkle
( 6 )
$7.99
Craving some comic book action? Look up in the sky! Actually, don’t… Look inside this book instead!This book has a Custom Roleplaying System that new players and veterans of other systems alike can quickly pick up. It has a proprietary system that focuses on a set of 12 Character Stats and a Resistances instead of proficiencies and a lot of bothersome skills. This is built for storytellers who like having a LOT of different options.Included in this book is a set of full rules, details for nearly 200 Powers & Abilities, 50 Weaknesses, and all the rules you need for Magic, Psionics, and Combat!Take your character from level 1 to 20, growing in power and refining your super powers as you go! Enjoy role-playing with an extremely extensive set of powers and weaknesses, giving you the options to make just about any character you can imagine or to emulate just about any character ever seen in any comic universe!
Read more
Other Formats: Paperback 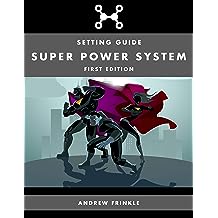 Super Power System: Setting Guide Apr 16, 2020
by Andrew Frinkle
( 2 )
$5.99
You’ve got the Super Power System - Roleplaying Guide, and now you want to expand your action! This add-on volume adds in-depth details on a custom setting for your characters to play in! Learn about the world of the Super Power System! This book includes the history of this Alternate Earth, with maps, major city details, hero team dossiers, and biographies for dozens of custom heroes & villains!Still not enough? Get Artifacts, Lost Lands, Alien Races, and more to help you get even more out of your Super Power System!
Read more
Other Formats: Paperback 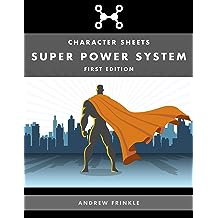 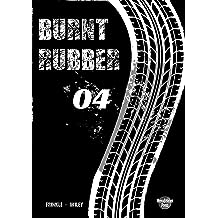 Greenville is a pleasant little desert town, a nowhere stop-off on the way to somewhere. Rod Carson took a joyride in the wrong man’s car. He swerved to miss a girl standing in the middle of the road, but he wrecked Vincent Morelli’s Ferrari.

He made a deal to pay the guy back, but now he’s trying to get out of the deal, and he needs money. Will street racing earn him enough to buy his way out of this mess, or will he just get in deeper?

Everything after that is just... 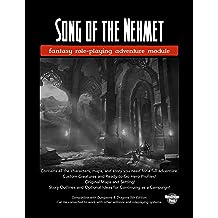 Song of the Nehmet: fantasy role-playing adventure module Apr 29, 2019
by Andrew Frinkle
( 1 )
$4.99
This is a fan-made fantasy adventure module for 5th edition Dungeons & Dragons or other d20-based roleplaying system.It contains 7 pre-made characters with unique skills and abilities, 7 custom bad guys with evil beasts of their own, the setting and storyline, plus all of the maps and floor plans of major buildings you will need to carry out all 3 acts of the story. It offers storyline arcs and options in exhaustive detail! It also has additional story ideas and maps if you want to stretch this adventure into a campaign.NOTE: MediaStream Press and Andrew Frinkle have no affiliation with Dungeons & Dragons or Wizards of the Coast.
Read more
Other Formats: Paperback 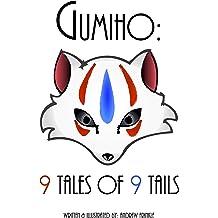 Gumiho: 9 Tales of 9 Tails Feb 3, 2019
by Andrew Frinkle
$2.99
This is a collection of 9 stories about a Gumiho, a creature from Asian folklore. A Gumiho is a 9-tailed fox, but this one was born without a tail and must earn each tail through a difficult lesson. When she collects all 9, a choice must be made that will decide her destiny.

Journey with her as she changes from a nameless, tailless fox to become a Gumiho in her full powers, a shapeshifting fox-girl! This story is a great read-along or solo read for kids in higher elementary school and all middle school grades.
Read more
Other Formats: Paperback 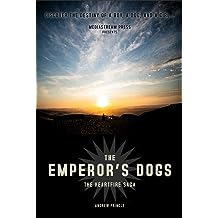 The Emperor's Dogs (The Heartfire Saga Book 1) Dec 15, 2019
by Andrew Frinkle
$2.99
A street boy with a special connection to his dog befriends the Emperor's daughter and rescues her from a wild animal's attack. Their friendship gets put on hold when the Emperor's advisor, recognizing his special talents, attempts to capture him to put him to work for the Emperor. Years later, when the boy and his dog meet the daughter once again, will he be as lucky to escape? How will that fateful meeting change their lives and the destiny of the entire kingdom?Written as part of the National Novel Writing Month competition of 2019, this is the first volume of The Heartfire Saga.EXCERPT:My first memories are smells, sounds, and tastes. I remember these as flashes, like dog dreams. They blend together in a constant stream of what made up my early life: nibbles of castoff meat, a crust of bread, a short nap in the warm sun, the sharp tartness of pomegranate not quite yet ripe, the taste of blood running from my split lip to my tongue, the sting of rocks, a howl, warm fur, and dark eyes.Odors that I found normal, others may find repulsive, but they were an ever-present element of my early life. They were the scents of too many people crammed into too small an area, a competing maelstrom of odors coming from food, industry, and waste. The spicy smells of roasting meats drifted down from the markets and cafes. I lived in a warren of streets, a virtual maze between brick and mud buildings that towered far above my small head. Dark stains streaked the walls and the alley between them. Brick, clay, and mud buildings had been thrown together haphazardly, with little planning for expansion. They melded together, the next one using the previous one’s walls to start. Most were two or three stories tall, and a network of walkways, awnings, overhangs, and clotheslines obscured sight of the sky from the ground level.These narrow alleyways were teeming with life, mostly of the unwanted and disposable sort. Rats navigated these narrows with ease, along with other scavengers and children as well. Children, unwanted or unaffordable, were left to the streets to fend for themselves. Clothed in rags if they were lucky, the children were overlooked and forgotten unless they offended you with their begging or got in the way of your caravanning wagons and animals. Then, anger, fists, and sticks might be brought against them.The street children were a rabid, sorry lot. They fought like animals over moldy crusts of bread. The weak ones died quickly of illness, but this may have been a mercy. The slow ones were caught or trapped to be taken away like vermin. The prettiest of them were taken to be servants in rich houses, used as free slaves, or worse. The fastest of their kind made their way into the circles of cutpurses and thieves. They made good lookouts for the criminal sort that stalked the city, or they worked as flash looters, overwhelming market stalls with their sheer numbers. It was a dangerous way to live. You never knew when a truncheon would fall upon your head or maim you. No one cared. You were one of the unclaimed. You were better off struck dead than maimed. Maimed, you were a target. I could always gauge the remaining life of a wounded one by the severity of the infirmity. You could measure life in hours or days, like sand running through clenched fingers.I was not one of them, though. No, I was part of my own pack. Dog and I were a pack. A cast-out like me, he’d once lived in the scrublands that surrounded the city. As a pup, he’d been captured, likely to serve as an oddity for the fighting pits, cheered along as some savage beast mauled him to death. He’d escaped his cage and that horrible fate, and somehow we’d found each other. I don’t remember how. I don’t remember the time before him. I don’t remember the feeling of not having him beside me, but I do remember knowing him when we met.I was barely old enough to walk, a sorrowful creature destined to die in days.
Read more
Other Formats: Paperback 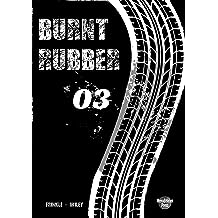 Greenville is a pleasant little desert town, a nowhere stop-off on the way to somewhere. Rod Carson took a joyride in the wrong man’s car. He swerved to miss a girl standing in the middle of the road, but he wrecked Vincent Morelli’s Ferrari.

Now he’s made a deal to fix that car, but he might have underestimated just what sort of trouble this deal could bring him. Saving the family business might be the least of his concerns, and he’s going to have to learn to live with looking over his shoulder.

It would prove to be the most important choice of his life. Everything after that is just... 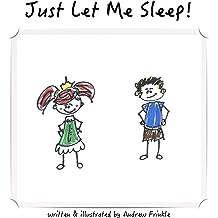 Just Let Me Sleep! Feb 10, 2019
by Andrew Frinkle
( 1 )
$2.99
Molly-Anne has a pesky little brother named Steven, who will do anything and everything to make sure she doesn't get a good night's sleep. Will he win out in the end, or will she be able to catch a few winks after all?

This is a great bedtime read-along for parents who have a challenging and creative child at home!
Read more
Other Formats: Paperback 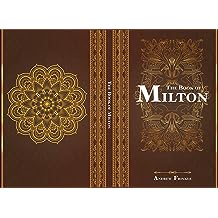 The Book of Milton (MageCrafters 2) Feb 6, 2019
by Andrew Frinkle
$2.99
The Book of Milton is a collection of short stories about Milton the Magecrafting Wizard, a wand-maker by trade. He and his protege Duncan collect materials, design, and create magical wands. Get all 11 original stories, learn the rules of wand-making,
and see each magical adventure! This book also features original artwork by the author.

This is the first book in a planned series of books, with a tie-in game as well. For more on the tie-in game, check out Magecrafters. 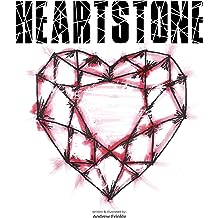 On a dying world, something unknown falls from the sky. One man sees it and feels compelled to go to it. His journey will change the destiny of his world.