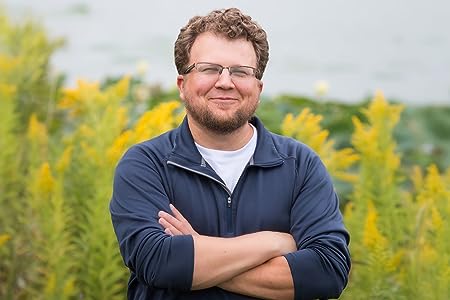 Born and raised in the American midwest. In the fourth grade, Mrs. Arent had to quiet me down because I was laughing out loud while reading Judy Blume. I've loved reading ever since.

In my 20's, I worked as a political aide, small-town journalist, telemarketer, senior customer finance administrator, janitor, and warehouse loader. I finally hit upon the idea of becoming a teacher, both at the high school and college level.

I've wanted to be a writer since high school but sadly lacked the discipline for many years. It was only after meeting my wife, Heather, that I began to develop the discipline needed to embark on a writing career.

I spent several years writing a crappy 210,000-word magnum opus that lacked a plot or any recognizable characterization. It was the best writing education I could have received. 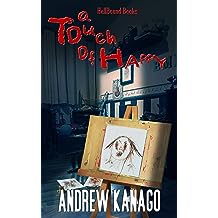 Any day spent indoors eating frozen pizzas, painting RPG figures in the basement, and feeding his scruffy cat is a good day.

The problem is the outside world. When Mark touches certain things, he draws. Sometimes it’s a little boy lost in the woods, sometimes a throw pillow held tight against a grandmother’s face as she scratches at gloved hands...

The FBI likes to call on Mark to help find missing people. Sometimes they’re even found alive.Then a body is found in a neighboring town, and the FBI thinks it is the work of a murderer long thought dead. Mark refuses to help, and more bodies are found.

The killer gets in contact with the quiet, middle-aged man with a weed wacker haircut.If that isn’t enough, Mark may have found his soulmate.
Read more
Other Formats: Audible Audiobook , Paperback