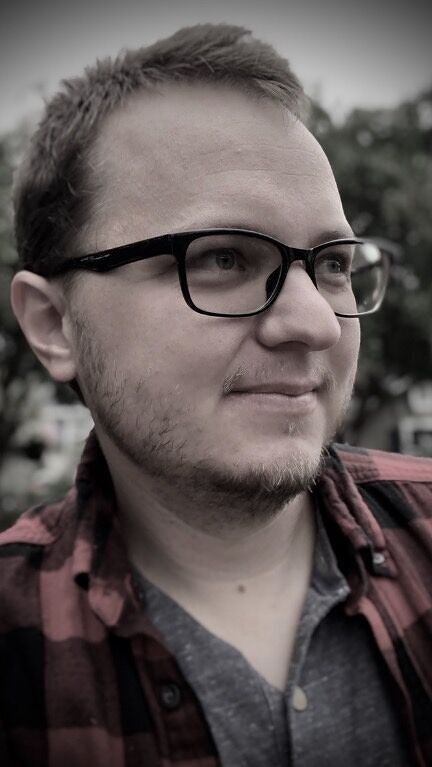 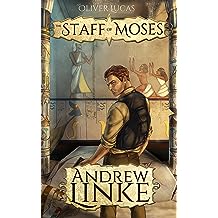 The Staff of Moses (Oliver Lucas Adventures Book 1) Dec 11, 2013
by Andrew Linke
( 56 )
$2.99
Oliver Lucas is a professional tomb robber, though he prefers to think of himself as an adventure photographer and gentleman relic hunter. It has been a decade since his previous career fell to pieces in the wake of a discovery that led him to abandon academia and begin scouring the world for clues to an ancient conspiracy.

Now a powerful man wants Oliver to track down a relic from the pages of history: the staff Moses used to call down plagues, part the sea, and lead the Hebrews out of Egypt. Unfortunately, the scroll that points the way to this relic is in hands of a band of renegade military contractors, and the only connection Oliver has to them is through a disgraced Egyptian spymaster.

Oliver calls on Diana Jordan, an expert in ancient art and languages, and his former lover, to help him translate the scroll. She agrees, and together they set off for Egypt, resolved to track down the staff, no matter who stands in their way.

It isn’t long before Oliver and Diana find themselves in over their heads, confronting undead guardians, ancient cults, and the unleashed power of the staff itself.
Read more
Other Formats: Paperback 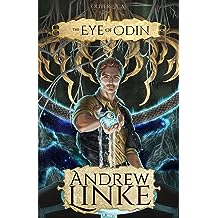 The Eye of Odin (Oliver Lucas Adventures Book 2) Nov 14, 2013
by Andrew Linke
( 23 )
$2.99
Maverick treasure hunter Oliver Lucas confronts ancient cults and supernatural villains as he searches for the relic he believes to have kickstarted civilization in Europe.

When Oliver steals a rival’s research notes, he discovers the key to a historical riddle that has eluded him for over a decade. He sets out for Germany, determined to capture a relic that might finally redeem his soiled academic career, only to discover that a brutal supernatural killer is following the same trail of clues. Now Oliver must unravel a mystery hidden in the operas and private papers of Richard Wagner before the sinister, and oddly familiar, murderer beats him to the prize.

Then the Norse god Odin shows up in Oliver’s hotel room, offering to aid his quest in exchange for a dangerous favor.

Betrayed by a colleague and on the hook to a mythic Norse deity, Oliver finds himself trapped in the middle of a struggle between ancient gods and a cult of fallen angels hellbent on guarding a deadly secret, no matter how many mortals they have to slaughter along the way. Oliver has always believed that his pursuit of knowledge justifies any means, but this adventure will force him to confront the wisdom of his unyielding search for the truth.

From the steamy islands of the south Pacific, to the majestic spires of Bavarian castles, to the mysterious realms that form the border between reality and myth, The Eye of Odin draws readers into an adventure that blends the gritty action of classic pulp with the magic of a modern fantasy.
Read more
Other Formats: Paperback

Words of Power (Oliver Lucas Adventures Book 5) Jan 28, 2017
by Andrew Linke
( 4 )
$2.99
The world has been irrevocably changed and Oliver Lucas blames himself.

With the demonic oni unleashed from its prison in the closing pages of Words of Binding, magical powers have begun to arise across the world. Regular people are corrupted by the power of once hidden relics. Nations fall to the influence of supernatural powers, including the fallen angels known as the Watchers.

Faced with insurmountable odds, Oliver is left with no choice but to gather the last of the magical shards which started him on this path and assemble the mechanism, whatever the cost. He will risk anything, including those he loves most, in order to learn the origin of the Watchers and the discover the purpose of the ancient mechanism.

From the highways of the American west to the depths of the African jungle, Words of Power tells a thrilling tale of adventure and determination.
Read more 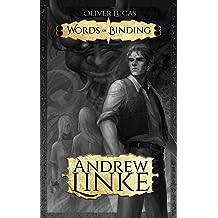 Words of Binding (Oliver Lucas Adventures Book 4) Sep 4, 2015
by Andrew Linke
( 6 )
$0.99
Seeking to distance himself from the affairs of fallen angels, Oliver Lucas hires out his skills to an enigmatic Japanese business woman and amateur scholar who wants him to capture a rare book from a remote Chinese monastery. He soon discovers that the book job was only a warmup for his true assignment: To track down and recover a relic bearing fragments of a mysterious, and potentially magical, language.

Acting on information provided by his employer, Oliver makes contact with a woman who is the sole living survivor of a Soviet era psychic research program. In the midst of negotiations that might uncover the location of the relic, another relic hunter enters the fray, seeking revenge for Oliver beating her to a prize. It isn’t long before Oliver confronts the dark legacy of the Soviet experiments and, horribly, discovers his employer’s true motives.

The fourth novel in the Oliver Lucas Adventures series dives headlong into a thrilling tale that fuses stunning locations in Japan, China, and Russia, magical creatures from Japanese folklore, and the dark legacy of the Cold War into a nonstop adventure.
Read more
Other Formats: Paperback 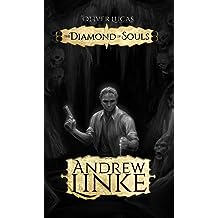 The Diamond of Souls (Oliver Lucas Adventures Book 3) Sep 5, 2014
by Andrew Linke
( 11 )
$2.99
From the author of The Staff of Moses and Burning in the Void comes a thrilling tale of adventure and crime.

It's been months since relic hunter Oliver Lucas has been able to so much as explore an ancient temple. The uneasy truce between him and the angelic beings known as Watchers has left Oliver unable to continue his quest to find the supernatural shards that have become his obsession, and the idleness is beginning to wear on his patience.

Then he catches the eye of an alluring woman named Jeanne at an underground club. Five minutes later Oliver and Jeanne are on the run from a pair of deadly corporate operatives.

Thrown together by fate, Jeanne asks Oliver to help her find a long lost family gem. He jumps at the opportunity to join in what at first appears to be a simple treasure hunt, but nothing about this jewel, or the woman who wants it, is as it first appears. As the mystery deepens, Oliver’s truce with the Watchers is put at risk as he encounters brutal mercenaries, a deadly cult, and ancient magic beyond his comprehension.

From the decaying industrial towns of the American south, to the mountains of India, to the depths of the Parisian catacombs, The Diamond of Souls weaves the thrills of a modern adventure tale with the mysterious history of the most famous diamond in the world.
Read more
Other Formats: Paperback 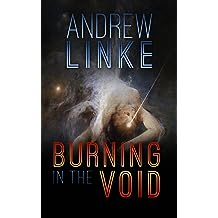 Burning in the Void Dec 11, 2013
by Andrew Linke
( 3 )
$0.99
A catastrophic engine failure strands an interstellar space ship in the lonely void between solar systems, injures the mission commander, and reawakens old divisions among the crew. Over two hundred years later, the people of the Drake are running out of time, resources, and hope.

Sera was an apprentice healer in the Kingdom of Humanity until she turned to forbidden technology to heal a dying child. Arrested, convicted of heresy, and awaiting public execution, she is granted a chance to survive if only she will carry a message beyond the borders of the kingdom. Acting on instructions from the king’s demonic court jester, Sera sets off into a mysterious land hidden behind the walls of her prison cell.

Dominic was a veteran security operative for the Melder Consensus until his body was destroyed in a dissident attack. Now he is trapped in a synthetic body that he loathes, kept from suicide only by the love of a woman and the thin hope that he can still serve the Captain. That opportunity arrives when a dying woman falls into his life, carrying a message from someone who had been thought dead for centuries.

Meanwhile, behind the scenes, the Captain plots to save his ship from destruction, by any means necessary. 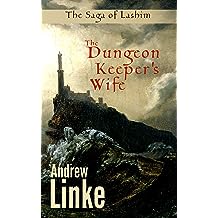 The Dungeon Keeper's Wife (The Saga of Lashim) Oct 31, 2013
by Andrew Linke
( 1 )
$0.99
I will pass into Dream.
I will become the dreamer.
When the dungeon of Tal Albahi is invaded, the dungeon keeper sends his daughter to the deepest, most secure cell to hide from the attackers. There, in the dim light of the rune lamps, Aisling discovers someone she had never imagined she might meet, loses something truly precious to her, and encounters the magic of the Dreaming for the first time.

The Saga of Lashim is an ongoing speculative fiction epic that spans over 40,000 years of history. The Dungeon Keeper's Wife is a short story from the early years of the tale.

If you enjoy this story, be sure to read Eastward Dragons, an ongoing serial adventure set in the same universe.
Read more 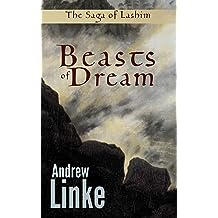 In a world where beasts escaped from nightmares stalk the land, Ída Saltach is one of the few who can safely enter the realm of Dream without unleashing further terrors. When she is attacked by a horrific creature that has lurked in the depths of her dreams since childhood, Ída fears that she will be forced to surrender her life as a dreamer. Then her mentor offers her an opportunity to continue her service, but in a way that violates everything she had believed about the nature of her powers...

I will become the dreamer.

Begin your journey into The Saga of Lashim, an ongoing speculative fiction epic that spans over 40,000 years of history, from the birth of the dragon gods to the colonization of the stars. Beasts of Dream begins the tale of Ída Saltach and her daughter Aisling, who will one day grow to become a pivotal figure in the second age of the world.
Read more 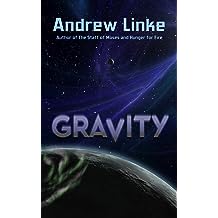 An unexpected solar flare has devastated the planet, plunging much of civilization into darkness and preparing the path for unanticipated powers to emerge from remote regions of the world. But all of that is irrelevant to Asha, because her crew mates are all dead and the high orbit space station in which she lives has been damaged, leaving her with no way of returning to the surface.

Gravity is the chronicle of one woman's struggle to survive and grasp her own destiny as she is swept along by powers and events beyond her control. As the inescapable pull of gravity drags her ever closer to her doom, Asha searches her memories, and the journals of a fallen crew mate, for the clue that might save her from a fiery death.
Read more 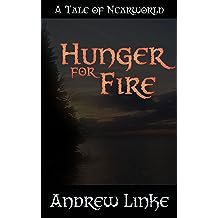 Hunger for Fire Oct 28, 2012
by Andrew Linke
( 5 )
$0.99
When a young man is chosen for advancement in his secret Order, he must spent a night of silent contemplation on a remote island. He is prepared to survive the night and reflect on the state of his soul, but is he ready to face the true form of the darkness that surrounds him?
Read more