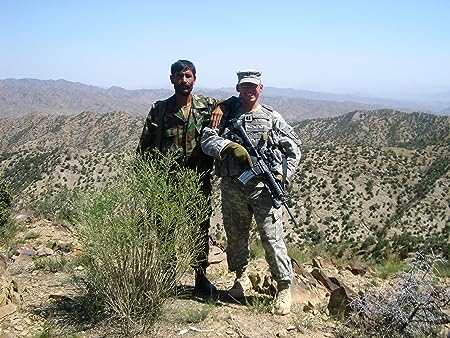 Andy Schouten joined the Army in field artillery when he was 17 years old. He became an officer through Marquette University ROTC and then held several field artillery officer assignments. Andy participated in numerous military exercises, was in a tunnel under the Korean Demilitarized Zone, enjoyed a Dunkel Weiss in a beer garden in Germany, fired howitzer cannons, shot rockets, and drove large tracked vehicles. In 2006, Andy deployed to austere and mountainous Afghanistan as a combat advisor, living with and training Afghan Army units. Andy’s year in Afghanistan was the most impactful in his entire military career with many experiences, such as eating Afghan foot bread to firing weapons in combat. After his deployment, he focused on military Human Resources for hundreds of personnel and served as the Deputy Inspector General, an objective fact-finder and problem solver. His deployment experience set the stage for him to publish a second edition of his deployment story and after effects. Andy published First to Fire: Afghanistan Combat Advisor Deployment and Post-Traumatic Stress Injuries (second edition) as a Major revision and combination of First to Fire and After Fire. Andy has a Bachelor of Science degree in Criminal Justice, a Masters of Business Administration degree, and earned the Professional in Human Resources (PHR) Credential. 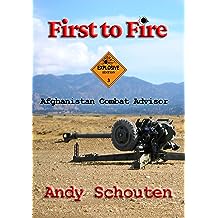 First to Fire: Afghanistan Combat Advisor Mar 8, 2022
by Andy Schouten
$5.99
A detailed personal account of a combat advisor, mentoring the developing Afghanistan National Army in 2006 in the mountainous and hostile eastern region. A genuinely unique deployment with several different assignments on several different bases. With highs of firing howitzers and an air assault mission to a mountaintop to the lows of extreme boredom and no food service support. Andy lived with and supported a foreign military and was critical to enable to Afghan forces to engage their Russian howitzers against the enemy.
Read more
Other Formats: Paperback