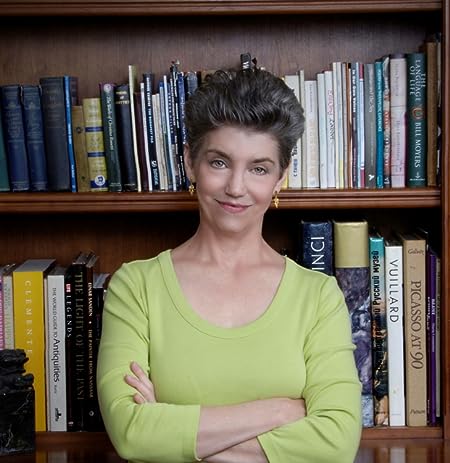 As a child, Anesa Miller resisted schooling and had to be pushed to keep up with her classmates. On a car trip across the Great Plains, her mother threatened that there would be no lunch until Anesa read several pages aloud from A Is for Annabelle. Under pressure, the seven-year-old buckled down, focused on the page, and gained a sudden insight into the link between letters, sound, and meaning. A passion for reading and love of literature were born.

Anesa’s attitude toward education improved rapidly. She attended Occidental College in Los Angeles and developed a fascination for the Russian language. She made her first trip to the Soviet Union in 1974, where a hotel maid offered condolences on the resignation of President Richard Nixon. “Such a pity for your country!” The Americans on the study-abroad program explained that his resignation was not such a tragedy.

own_on_branchAt the University of Kansas, Anesa received a Ph.D. in Slavic Languages and Literatures. She translated scholarly essays, edited books, and taught at universities as well as elementary schools. After the end of the Cold War, when college enrollments in Russian language courses declined, Anesa returned to writing poems and fiction, which she had enjoyed throughout her youth.

Anesa was awarded an Individual Artist Fellowship in Creative Writing from the Ohio Arts Council in 1998. Her poems and prose have been published in The Kenyon Review, The Cream City Review, The California Quarterly, Spoon River Poetry Review, and many others. She now devotes herself to writing full-time.

Married to the neuroscientist Jaak Panksepp, Anesa divides her time between northwest Ohio and Moscow, Idaho. The couple have three grown children. 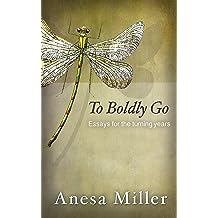 To Boldly Go Nov 21, 2013
by Anesa Miller
( 27 )
$2.99
A summer of lush flowers and perfect weather. Girls dancing on a moonlit field. A cold house overgrown with abandoned gardens. These images come together in Anesa Miller’s To Boldly Go, which explores the “turning years” of our new century from both a personal and a universal perspective. The author reveals the intimate pains of anger and loss at the death of her estranged father, but looks beyond emotional damages toward the wider horizon of environmental issues, runaway technology, and the implications of 9/11. This journey toward healing and hope traverses the landscape of memory with an eye for a better future.

"These are provocative and eloquent essays, fierce meditations on our human capacities and frailties, the nature of memory, acts of forgiveness. Anesa Miller summons our better angels and makes firm reckonings with the devil, casting it away. A stunning collection."
- Tiffany Midge author of The Woman Who Married a Bear (Salt Publishing) and Outlaws, Renegades and Saints; Diary of a Mixed-up Halfbreed (Greenfield Review Press)

"The world is blessed to have creative souls who write out of a need to make sense of what we experience when senseless things happen. Anesa is one of those people. …These essays reflect the healing of a fine poetic mind. They explore the inner life of an exceptional artist, intertwined with the history of our times, the lives of her family and friends, some of whom brought her joy, some misery. …Her moving thoughts come as a revelation…"
- From the Foreword by Jaak Panksepp author of The Archeology of Mind: Neuroevolutionary Origins of Human Emotions (W. W. Norton & Company)