Angel Dogs: Divine Messengers of Love and millions of other books are available for Amazon Kindle. Learn more 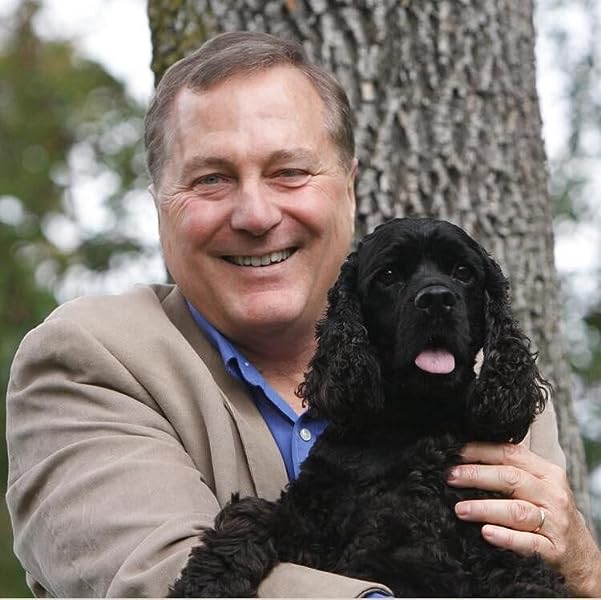 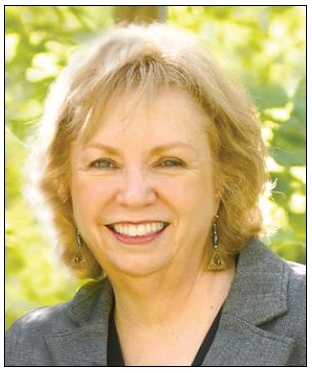 With a well-earned reputation as man's -- as well as woman's -- best friend, dogs have an uncanny ability to sense exactly what their human friends need. Gathered from thousands of stories Allen and Linda Anderson have received, as well as their own experiences, Angel Dogs demonstrates that dogs are not only faithful companions but also spiritual guides.
Stories include the four-legged speech therapist who helped a scared boy find his voice; the dog who came "special delivery" through the mail at just the right moment in a family's life; the dog who helped guard Air Force One; dogs from the canine corps; service dogs; and many others. The book also details new scientific findings on how dogs can save lives, sniff out cancerous tumors, and warn epileptics of impending seizures.
Each story is followed by a short meditation that helps readers focus on the messages of love that dogs bring to their lives.
Read more
Previous page
Next page

We all know of dogs that have performed seemingly miraculous acts of mercy and heroism. Some of the tales in the Andersons' latest tribute to the animal world (after Angel Cats and Angel Animals) includes such stories, but the collection goes even further: into the spiritual. Some of the stories involve dogs returning after death to communicate with their owners. Fred Wickert, for example, doesn't seem like the woo-woo type: a Vietnam vet, he'd had a long career in the air force when he fell asleep one night while guarding Air Force One and believes his late cocker spaniel, Freckles, came to him in the hangar and wakened him before he was discovered sleeping on duty. Most of the stories included here involve dogs in this life rather than the next, but are based on the belief that dogs are spiritual creatures. Collie Zeke woke Diana Johnson at 3:30 a.m. to let her know her premature baby had stopped breathing, saving her life. Bill Mann tells of the deep, spiritual bond between his father and Aussie, who would break his chain to follow him on walks after Mann's father showed the dog kindness one day. New Age dog lovers will be moved by these stories and find their faith in their pets' heavenly nature affirmed.
Copyright © Reed Business Information, a division of Reed Elsevier Inc. All rights reserved.

"I love Angel Dogs. Its stories and messages will amaze and delight you. Allen and Linda Anderson's book will make a wonderful gift for all your dog-loving friends, for anyone who is considering adopting or rescuing a dog, and for those who have lost a beloved dog. Read it and marvel at what the world looks like through the eyes of some of God's most loving creatures."
--Willard Scott, NBC's The Today Show
"The Andersons have done it again! Angel Dogs is a healing and heart-opening book. Highly recommended."
--Doreen Virtue, author of Angel Medicine and Healing with the Angels
"God created angel dogs to help us live better and happier lives, as the Andersons' book clearly shows. Our Golden Retriever Jack is an angel dog. Everyone feels that Jack is there especially for them. He smiles at them and they have no choice but to smile back."
--John Paul DeJoria, co-founder, president, and CEO of John Paul Mitchell Systems
"Traditionally angels wear white robes and have wings. In Allen and Linda Anderson's new book, angels wear fur coats and have woofs.you are a pet lover, you understand the special bond between humans and animals.  And there's powerful evidence of animals at our side, every day, helping us on the bumpy orad of life, according to Allen and Linda Anderson, authors and co-founders of the Angel Animals Network, a group whose goal is to help people realize that animals are our spiritual partners."
--Sarah Newman, St. Louis Post-Dispatch, Dec 24, 2005
"...dog lovers will be moved by these stories and find their faith in their pets' heavenly nature affirmed."
--Publisher's Weekly

"Four paws pad lightly on the ground next to two feet as a dog and human companion go for a walk. No relationship between people and animals is as complex as that represented by the simple act of a human being out for a stroll with a dog."
--Allen and Linda Anderson, Angel Dogs: Divine Messengers of Love

Allen & Linda Anderson are New York Times bestsellingauthors. They are coauthors of a series of popular books, published in manylanguages, about the benefits of human-animal companionship, and cofounders ofthe Angel Animals Network. They have won recognition from the American Societyof Journalists and Authors Outstanding Book Award program. They share theirhome in Minneapolis with a dog named Leaf, Cuddles the cat, and a cockatielnamed Sunshine.
Read more
Start reading Angel Dogs: Divine Messengers of Love on your Kindle in under a minute.

4.7 out of 5 stars
4.7 out of 5
64 global ratings
How are ratings calculated?
To calculate the overall star rating and percentage breakdown by star, we don’t use a simple average. Instead, our system considers things like how recent a review is and if the reviewer bought the item on Amazon. It also analyzes reviews to verify trustworthiness.

Mrs. Tammy M. Attama
5.0 out of 5 stars Bonds of Love That Keep on Giving
Reviewed in the United States on March 7, 2020
Verified Purchase
Reading these precious stories not only opens the heart but makes it dance with joy! They remind us that love continues to exist long after the body has succumbed in its final moments. It weaves a trail of memories of our own that each of us who has loved can relate to, no matter what form it took while it lived in this world. You won’t regret reading it!
Read more
Helpful
Report abuse

amazonbuyer
2.0 out of 5 stars Book ok.
Reviewed in the United States on May 10, 2021
Verified Purchase
Book itself is ok. But low rating due to purchasing for $6.98 then arriving with a ONE DOLLAR sticker on it. Could at least remove sale stickers before selling higher price. Not tasteful or professional.
Read more

2.0 out of 5 stars Book ok.
By amazonbuyer on May 10, 2021
Book itself is ok. But low rating due to purchasing for $6.98 then arriving with a ONE DOLLAR sticker on it. Could at least remove sale stickers before selling higher price. Not tasteful or professional.
Images in this review

E. B.
4.0 out of 5 stars A Dog Lover's Book
Reviewed in the United States on January 28, 2011
Verified Purchase
For dog lovers this book is a wonderful confirmation of the bond between humans and their dogs. Among the uplifting, sometimes awesome, examples the reader will find in these heartwarming stories are: a newly adopted dog instinctually saves an infant, a deaf prisoner while training a dog to be a companion dog learns for himself compassion and patience, a pair of swans come to say a last goodbye to their canine friend, an elderly man's end of life is richer and fuller because of his dog, one dog comes back from Heaven to keep his master from losing his career, and a physic is given a glimpse of Heavenly dogs at work after an earthquake in Iran. Some of the stories are so-so, but some are truly amazing. Eunice Boeve, author of Ride a Shadowed Trail
Read more
4 people found this helpful
Helpful
Report abuse

petlover
5.0 out of 5 stars Angel Dogs
Reviewed in the United States on April 6, 2008
Verified Purchase
This is the first book in the series I have read, I also purchased the angel cats book but havent read it yet. The stories in the Angel Dogs book are very nice and I found them so comforting at this very difficult time of grieving the loss of a very dear dog. This book gives me hope that there will be good times again and that our dear friend is still very much with us and I pray he will choose to come spend more lifetimes with us. The book also helps confirm some beliefs or thoughts that I have had already and now I have the confirmation that I was indeed visited by previous beloved pets in my dreams as well as during wakefulness. The book helps give the strength to go on and offers so many stories I laughed and cried plenty through reading the book.
Read more
8 people found this helpful
Helpful
Report abuse

Pepper Frageman
5.0 out of 5 stars Angel Dogs Review
Reviewed in the United States on September 10, 2021
Verified Purchase
Great book for someone who has just lost their dog. Inspiring
Read more
Helpful
Report abuse

beverly a. oberlin
5.0 out of 5 stars Thoughtful gift for dog lovers.
Reviewed in the United States on July 4, 2017
Verified Purchase
Great book. I give a copy to my friends when their dogs pass on. They appreciate it. Helps work through the healing process. Great present for any occasion. Buy several copies.
Read more
Helpful
Report abuse

Maureen
5.0 out of 5 stars Warm and fuzzy
Reviewed in Canada on June 3, 2013
Verified Purchase
The stories in this book just make you feel good. If you ever need a pick-me-up grab this book and get comfortable on the couch. You will be smiling in no time.
Read more
Report abuse
See all reviews
Back to top
Get to Know Us
Make Money with Us
Amazon Payment Products
Let Us Help You
EnglishChoose a language for shopping. United StatesChoose a country/region for shopping.
© 1996-2022, Amazon.com, Inc. or its affiliates