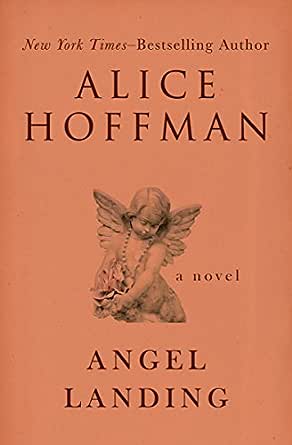 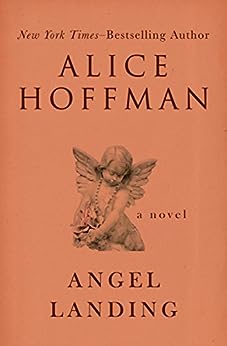 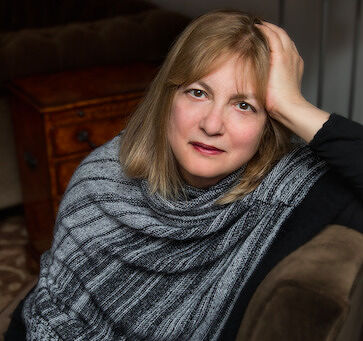 “A reader is in good hands with Alice Hoffman, able to count on many pleasures. She is one of our quirkiest and most interesting novelists.” —Jane Smiley

“A satisfying book, one that is hard to lay aside.” —Pittsburgh Press

Alice Hoffman was born in New York City and grew up on Long Island. She wrote her first novel, Property Of, while studying creative writing at Stanford University, and since then has published more than thirty books for readers of all ages, including the recent New York Times bestsellers The Museum of Extraordinary Things and The Dovekeepers. Two of her novels, Practical Magic and Aquamarine, have been made into films, and Here on Earth was an Oprah’s Book Club choice. All told, Hoffman’s work has been published in more than twenty languages and one hundred foreign editions. She lives outside of Boston.

Hoffman's 1980 novel about love, politics, and therapy doesn't hold up well 20 years later. The politics of the impact of a nuclear power plant explosion, even if it is not yet operational, was probably, justifiably or not, a scarier and more conscious threat when she wrote Angel Landing. The story's romantic triangle of activist Carter Sugarland, bomber Michael Finn, and therapist Natalie is never fully realized. Carter is more dedicated to the cause than to love, and Natalie is a terrible therapist even without her questionable and predictable relationship with Finn; perhaps Hoffman's true political scrutiny is aimed at the ethics of therapy as all the therapists in the book are morally askew. The love story also suffers as the true thrust of the book focuses on the sadly stereotypical dysfunctionality of generations of Finns, whose individual plights deserve better therapy than they get. The strongest, most intriguing character is Aunt Minnie, an eccentric who charges into every situation with a golden-hearted agenda and the memories of a poetic love, providing the only humor and irony. A better book would have been her story instead. Bonnie Hurren's accents are unevenly sustained. Not recommended.
-Joyce Kessel, Villa Maria Coll., Buffalo, NY
Copyright 2000 Reed Business Information, Inc. --This text refers to an out of print or unavailable edition of this title.

Alice Hoffman explores themes of commitment, both personal and social, in this early novel which involves a young woman in love with two men who are both involved in an environmental protest at a nuclear power plant. Bonnie Hurren captures the warm sense of humor in the characters-especially Minnie, the Russian-American aunt. Hurren is able to change from Minnie's accent and those of her Long Island boarders to a soft West Virginia twang when needed. Although the story seems slightly dated, the exploration of compassion and commitment has a timeless feel. Hurren nicely honors Hoffman's work. R.F.W. © AudioFile 2000, Portland, Maine-- Copyright © AudioFile, Portland, Maine --This text refers to an out of print or unavailable edition of this title.
Read more

3.6 out of 5 stars
3.6 out of 5
27 global ratings
How are ratings calculated?
To calculate the overall star rating and percentage breakdown by star, we don’t use a simple average. Instead, our system considers things like how recent a review is and if the reviewer bought the item on Amazon. It also analyzes reviews to verify trustworthiness.
Top reviews

GGM86
1.0 out of 5 stars Worst Alice Hoffman
Reviewed in the United States on September 6, 2012
Verified Purchase
So, anyone who has read The Dovekeepers or The Story Sisters knows Alice Hoffman is an incredible author. At first I was reluctant to try her b/c she has so many books I thought it would be too syndicated and just follow a formula. But after reading The Story Sisters I realized how amazing Alice Hoffman is! Angel Landing, however, is painfully bad. Perhaps some people can relate to this very strange female main character, but I could not. I can't even remember the character's name, she's so forgettable. This book drags on and on and it was a sheer force of will to finish it. I should've given up. The premise is stupid, and the only good theme in the whole book is the "disturbed aura" surrounding her client/lover, but even that drags on and on to the point the character is basically unreachable. If you want a jumbled up mess of a book, buy it. Otherwise, try one of Hoffman's better known novels. Ultimately this book seemed scribbled down to fulfill a publishing quota.
Read more
4 people found this helpful
Helpful
Report abuse

Paulette Folmer
5.0 out of 5 stars Classic Hoffman
Reviewed in the United States on February 13, 2021
Verified Purchase
A wonderful tale of a woman's search for what she wants, in career, love, and sense of self. As with everything of Alice Hoffman's that I have read so far, I loved it.
Read more
Helpful
Report abuse

dandy mandy
3.0 out of 5 stars A little boring
Reviewed in the United States on August 11, 2019
Verified Purchase
I love Alice Hoffman books but this was not my favorite. A little boring and I did not like the main characters.
Read more
Helpful
Report abuse

Kathleen Y.
2.0 out of 5 stars not up to her standards
Reviewed in the United States on May 5, 2019
Verified Purchase
I just love this author, but this is by far the most lackluster of all her books. I finished it, but was left rather less than satisfied.
Read more
Helpful
Report abuse

TeriS0277
4.0 out of 5 stars interesting
Reviewed in the United States on June 9, 2013
Verified Purchase
I've started reading Alice's novels because I like the movie Practical Magic, based on her book. When I read through an author, I start with their books in chronological order. ?This is very interesting, and after 3 of her books, I'd say she has an unique insight on human nature.
Read more
2 people found this helpful
Helpful
Report abuse

ajafk
3.0 out of 5 stars My bookclub was disappointed
Reviewed in the United States on February 7, 2013
Verified Purchase
We didn't much care for most of the characters or understand some of their motivations, but this is an early work of Hoffman's so don't let it keep you from immersing yourself in her recent historical masterpiece, "The Dovekeepers"
Read more
2 people found this helpful
Helpful
Report abuse

Amazon Customer
2.0 out of 5 stars Typos Galore!
Reviewed in the United States on August 20, 2011
Verified Purchase
Is there a software program that scans handwriting and transcribes the text to arial font? That's the only explanation for the many, many typos in this book that are far too odd to have been made by even the most illiterate human; hum instead of him, |)lease instead of please, 1 instead of I, and periods instead of commas. I'm not even halfway through the book and I'm fed up with these ridiculous errors. Maybe it's only the Kindle version and maybe Amazon could run spellcheck on books before releasing them.
Read more
3 people found this helpful
Helpful
Report abuse

sue book worm
4.0 out of 5 stars Early Hoffman.
Reviewed in the United Kingdom on May 4, 2013
Verified Purchase
I always enjoy Alice Hoffmans books, though this is not one of my favourites. It tells the story of a nuclear power station, Angel Landing, and what happens when it is blown up. I normally read Alices books in a couple of days but this took longer. I struggled with it but kept reading and quite enjoyed it by the end.
Read more
One person found this helpful
Report abuse

Kellie Garrett
4.0 out of 5 stars An early Hoffman novel shows her promise
Reviewed in Canada on September 14, 2013
Verified Purchase
I love Alice Hoffman. In fact, she might even be my favourite writer. This book has her unmistakable voice. All the loose ends are tied up a bit too neatly, but it was still a good read. She does pain in an everyday life very well, and did it well even in this early book.
Read more
Report abuse
See all reviews