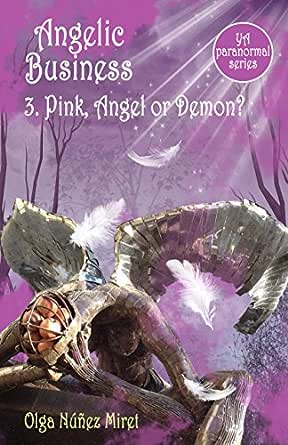 You've subscribed to Angelic Business! We will preorder your items within 24 hours of when they become available. When new books are released, we'll charge your default payment method for the lowest price available during the pre-order period.
Update your device or payment method, cancel individual pre-orders or your subscription at
Your Memberships & Subscriptions
There was an error. We were unable to process your subscription due to an error. Please refresh and try again. 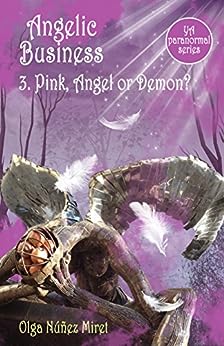 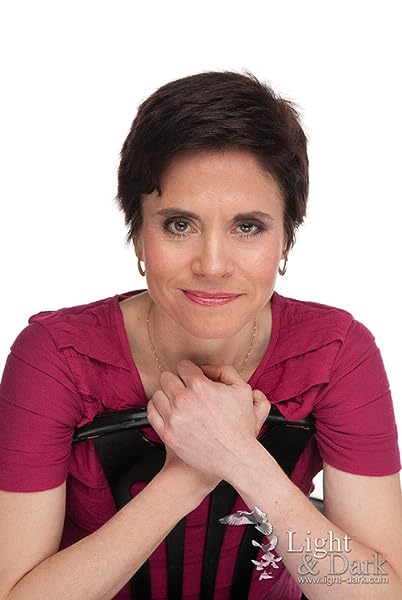 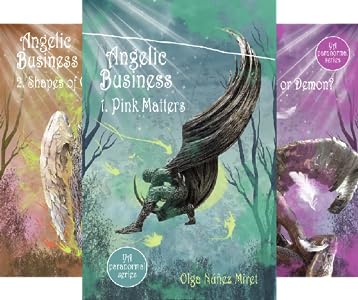 Due to family issues and to life, the two first books in the series had been written but I had not gone on to publishing them. When a writer friend suggested we participate as buddies in NaNoWriMo (National Novel Writing Month) in November 2014, I thought it was the perfect occasion to write the third novel in the series. And it was the encouragement I needed to write the last (probably!) book in the trilogy. This time Pink cannot avoid the interference from angels and demons because they are really close home. It goes to prove that life can always get more interesting, no matter what we think!
I hope you enjoy it as much as I enjoyed writing it.

Writer, translator, psychiatrist, fitness enthusiast, recently converted to mindfulness, avid reader and reviewer, lover of movies, plays and owls, I'm originally from Spain but have lived in the UK for over twenty years. I write in all kinds of genres and also read in a variety of them.
Always happy to connect with readers and other writers.

Every day can be the last day when you have powerful enemies; when you are chosen to be destroyed to keep the world safe. Pink is sometimes angry, sometimes confused, but ready to fight and protect those she loves the most. Every day counts. Every day matters.

The trilogy is a great read for the youth and beyond.

Robin Leigh MorganTop Contributor: True Crime Books
5.0 out of 5 stars HEAVEN AND HELL ARE AT WAR AND THE PROTAGONIST IS STUCK IN THE MIDDLE
Reviewed in the United States on February 6, 2016
I received a mobi.file which contained ALL THREE volumes of this Young Adult Paranormal series from the author through a giveaway on Marie Lavender’s FaceBook site and the following is my honest opinion.

While the purist might say this book needs to have some editing done; I found the author, writing in the first person of the book’s protagonist, Petra aka “Pink”, adds a certain charm to both the narrative and dialogue in each of the book’s three segments.

In Volume 1, we’re introduced to “Pink”, as Petra prefers to be called. Pink, who although is not one of the prettiest girl at school, she’s smart and has plenty of resources available to her.

When Seth’s asks for an insincere date with him, while she adores him, Pink and her friends seek some revenge for it.

But things begin to chance when two new and mysterious boys [one of them is called “G” who Pink come to her school, they say they’re angels on a mission and tell Pink she’s very special and the key to the survival of the universe. Naturally, given she knows her place in the hierarchy at her school, she’s quite dubious and skeptical. However, this changes when both Heaven and Hell arrive at her doorstep.

In Volume 2, Greg’s assignment has changed, luckily since Pink gad gotten tired of his interference in her life. The tug-of-war between Heaven and Hell continues to increase with Pink playing the part of the rope. Pink learns the price which had been paid for the resurrection of her mother; she’s in mortal danger since Hell is not known for losing graciously. With angel in her life who has his own agenda, and a demon who has no idea of when to give up and surrender. Pink’s life has become more complicated than ever. And with one of friends on a quest to find the perfect man to be in her life, and her other friend in a secretive relationship, Pink’s life can never be the sane.

Volume 3 has an Armageddon is afoot and Pink whether she likes it or not is at the center. Both the envoys of Heaven and Hell are getting closer and closer to Zero Ground and to her home which is something she can no longer sweep under the rug as if it meant nothing. Pink knows she can’t go down without a fight and she has loads of stuff she must do, like helping her family, figuring out who her true friends are. Everything is coming to a head; past romances, loves, etc begin to be fulfilled, there are new challenges which creep up, and emotions are running amok. What the upshot of everything is, I can’t reveal; it’s for you to find out when you read each of the books in this series.

For an interesting and fun reading experience I’ve given each book in this series 5 STARS.
Read more
6 people found this helpful
Helpful
Comment Report abuse

Robbie Cheadle
5.0 out of 5 stars An entertaining supernatural YA story
Reviewed in the United States on November 17, 2018
Pink Matters is a fun and easy to read YA novel about a teenage girl who suddenly finds she has gotten more than she bargained for when she befriends the interesting new male student at her school. Pink sees herself as an ordinary girl with no outstanding or special talents or characteristics. Her best male friend, Seth, is a bit of a tease about her status as a single girl. She decides to get even with him by entering into an agreement with the new boy, who goes by the unusual name of G, to pretend they are dating. In return G wants a bit of help from Pink. Pink is intrigued by G's proposal that they work together as it involves helping people. This is something that appeals to Pink and she thinks that by working with G she may be able to assist in bringing about positive changes to peoples lives. Pink decision to work with G results in her getting embroiled in an interesting and unexpected stand off between representatives of Heaven and Hell. Pink also manages to bring her two best friends along for the ride.

The author perfectly describes the insecurities and anxieties of teenage girls who are trying to fit in and find their place in the world. Pink's fascination with G and his interesting and less than perfect character traits are typical of a girl of that age. The importance of supportive friends and parents is also highlighted in this story. The supernatural elements in the book worked well and did not seem unlikely or far fetched. I almost felt this situation could arise, the writing was so natural and easy going.

I found the style of the book engaging and I was really rather put out when the story ended. I need to find out what happens next and I have already bought the next book in the series called Shapes of Greg.
Read more
Helpful
Comment Report abuse
See all reviews