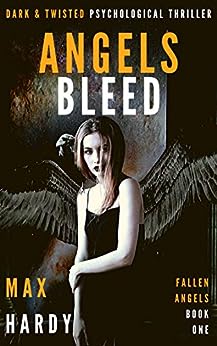 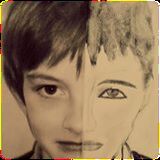 ‘When I thought I had sussed the plot out, it spat me out and blew me sideways’

‘A very dark look into the depths one will go to fill a temptation or desire. A definite must read!’

A remote country house.
A dead body in a blood spattered drawing room.
A 6ft square container next to the body.

A padded cell.
A single chair bolted to the floor.
A woman bound hand and foot to the chair.

DI Saul has just 24 hours to find out who the killer of the dead body is.
24 Hours to work out how the woman in the cell is linked with the murder.
24 hours in which at every turn, his own life seems to be inextricably linked with the events that unfold.
24 hours before the container in the room explodes….

Warning: Adult Content and Sexually Explicit Material.
Read more
Previous page
Next page
All 3 for you in this series See full series

Max lives in the Scottish Borders with his wife, family, 3 cats, 2 dogs and one hamster. He has been writing poetry since he was 10 years old and has released two poetry books, Soul Whispers and My Dark Disease. This is his first novel. He is currently working on the sequel, 'Her Moons Denouement' which will be released on the 31st October 2014. --This text refers to the paperback edition.

Max lives in the Scottish Borders with his wife, family, two cats and two dogs.

In 2008 he rediscovered a pile of notebooks in a box in a cupboard.  They were full of poems, drawings, short stories and other scribbles that he had written as a child and during his teens.  He decided it was time to pick up where he had left off in his teens and in 2009, compiled his first poetry collection, ‘Soul Whispers’, as a Christmas present for his wife Lilibeth.

In 2010 he started working on his first novel, picking up some ideas from the old notebooks.  Over the next three years he fleshed out the storylines for a trilogy and in 2013, published the first part, ‘Angels Bleed’.  ‘Her Moons Denouement’ was published in 2014 and the final part of the trilogy, ‘Murder Path’ was published in 2015.

He has also published a further two poetry collections, ‘My Dark Disease’ in 2012 and ‘The Alchemy Of Swaying Hips’ in 2014.

J. F. Juzwik
5.0 out of 5 stars Angels Bleed: A Journey Into Madness
Reviewed in the United States 🇺🇸 on January 1, 2014
Verified Purchase
This story takes you into the dark regions of the human mind most keep locked up tight. It shares with us the thoughts and actions of those who delight in inflicting pain and instilling fear. A mission of life and death is delegated, and we can literally hear the tick-tock of the clock as the countdown nears completion.

These are characters you must become acquainted with, and their story is one you must share. Once you are pulled into their world of depravity and torment, it is only they who may release you.

Purchase your ticket and fasten your seatbelt securely. This is one journey you must undertake to its ultimate destination. But be warned. Once your journey starts, and you begin turning these pages, there are no rest stops along the way. You won't seek them anyway because you will need to see all and you will need to know all.

Gorilichis
3.0 out of 5 stars Not my cup of tea.
Reviewed in the United States 🇺🇸 on November 21, 2015
Verified Purchase
The blurb sounded fascinating: a murder investigation in a baroque mansion and a crazy lady in the loony bin. Somehow, both plots are intertwined and DI Saul has 24 hours to clear the crazy lady, who was accused of murder. The plot held my interest and made me cringe (in a good way - many things that happen in this book would make a grown man cry). But overall I was disappointed, as I saw most of the twists coming but then I didn't get the ending. I guess that it was just not my cup of tea.
Read more
Helpful
Report abuse

Brendan Smith
5.0 out of 5 stars Yet another rave review
Reviewed in the United States 🇺🇸 on November 27, 2014
Verified Purchase
Characters having to work against the clock will always add tension. This one is an absolute MUST for anybody who likes a really good thriller. I wondered when I saw so many 5 star reviews if figures were being cooked, but no. This one merits every one of those and more.
Read more
5 people found this helpful
Helpful
Report abuse

Kathy Floyd
5.0 out of 5 stars Strange, but good.
Reviewed in the United States 🇺🇸 on March 23, 2015
Verified Purchase
I almost stopped reading this book about a fourth of the way through because of some parts being hard to handle. I'm glad I persevered because it ended up being a great mystery/thriller with no hint as to how it would end.
Read more
One person found this helpful
Helpful
Report abuse

sheri
5.0 out of 5 stars Angel's Bleed
Reviewed in the United States 🇺🇸 on December 29, 2013
Verified Purchase
This was a great psychological thriller! I loved this book and found myself unable to put it down! A very dark look into the depths one will go to fill a temptation or desire. A definite must read!
Read more
3 people found this helpful
Helpful
Report abuse

EmLeeAnn
5.0 out of 5 stars Amazing Read!
Reviewed in the United States 🇺🇸 on December 8, 2013
Verified Purchase
A dark raw gritty psychological thriller! This book kept me on the edge of my seat begging for more! Absolutely loved it!
Read more
6 people found this helpful
Helpful
Report abuse

Pati
1.0 out of 5 stars One Star
Reviewed in the United States 🇺🇸 on May 24, 2017
Verified Purchase
Sick read
Read more
Helpful
Report abuse
See all reviews

ShazRay for Netgalley
3.0 out of 5 stars Okay, but ...
Reviewed in the United Kingdom 🇬🇧 on August 20, 2019
Verified Purchase
It's an okay read which was fast paced enough for me. If all the technical issues such as the police procedures and the computer stuff are genuine than the author either has inside knowledge or had done a HUGE amount of research, so a hands up for that.
I didn't like the name 'Strange' as I couldn't get away from 'Inspector Morse' in that respect.
There WERE typos but not as many as I've seen in many of the Kindle books I've bought, (note to author, read, read and READ again!)
The one thing that didn't sit well with me were the sex scenes. I'm no prude (I've written a LOT of sex scenes) but I felt the author was getting off on his writing during them which is a BIG no no for me. They seemed somehow to cheapen the rest of the writing.
The ending was poor compared to the rest of the book, over too soon and giving no real resolution to Saul's story.
All in all, a different read with a FABULOUS title, the description of the supposed murderess was was great, but I don't think the rest of the story quite lived up to that.
Read more
Report abuse

Cay
5.0 out of 5 stars Refreshing.
Reviewed in the United Kingdom 🇬🇧 on April 22, 2014
Verified Purchase
There are only so many times that a book can be written about a certain thing before it gets very predictable no matter how brilliant an author they are. I find it very boring.
This book however I found very interesting, I like that the author has done their research into the things they have used in the book and like even more so that it has a few taboo subjects, I can not stand soppy happy endings - It does not happen in the real world so why should it happen in a book. I thought the endings was perfect!! I don't want to give too much away but the whole book had a sense of realism to it, it kept me guessing the whole way through and in the last 24hours I've had to remind myself that I couldn't just keep reading, things such as eating and sleeping needed to happen too :D
Hoping the next one is just as good that comes out October 2014.
Anxiously awaiting Max Hardy's next!!
Read more
2 people found this helpful
Report abuse

MO
4.0 out of 5 stars I liked it.
Reviewed in the United Kingdom 🇬🇧 on March 3, 2017
Verified Purchase
Some surprising differences of opinion in the reviews. All I can say is I thoroughly enjoyed this book. There were many twists and I was unsure how it was going to end, no spoilers, but it held my attention. Our DI was not the usual heroic cop, a very flawed character in fact and I was never sure if he would succeed in solving this bizarre case, which I like in a book. Some unfinished business which I presume will be resolved in book 2.. For this price it's def worth reading and forming your own opinion.
Read more
One person found this helpful
Report abuse

Surfnirvana
4.0 out of 5 stars Intriquing...
Reviewed in the United Kingdom 🇬🇧 on March 31, 2014
Verified Purchase
This is not the normal genre book I would usually read, but it had me gripped early on. Well written, with some good twists & turns in the plot. For me, it was too sexually explicit and dark which left me with a rather uncomfortable feeling. But then a book that leaves you with no emotion is not a good story!! I struggled a little with the ending, but on the whole an intriguing, clever story. I understand Max is doing a sequel, which I would definitely like to read. Congratulations to the Author - Max Hardy!
Read more
2 people found this helpful
Report abuse
See all reviews
Report an issue
Does this item contain inappropriate content?
Report
Do you believe that this item violates a copyright?
Report
Does this item contain quality or formatting issues?
Report