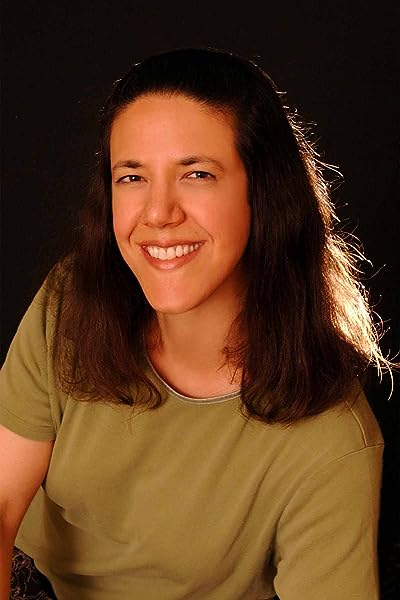 "Holly Banks Full of Angst" by Julie Valerie
A laugh-out-loud debut novel for anyone who’s tried to live the perfect life—and learned the hard way there’s no such thing. | Learn more
click to open popover

Siri Caldwell is a former massage therapist and published writer on health, yoga and fitness. She hails from Arlington, Virginia. Angel’s Touch is her first novel.

Start reading Angel's Touch on your Kindle in under a minute.

turtlex
5.0 out of 5 stars Really Good Story
Reviewed in the United States on February 11, 2013
Verified Purchase
A real good story and characters. I loved that both leads had very individual and clear voices...their differences truly drove the story and then brought them together, with respect and understanding.

With regards to the "new age/angels" subject - all were dealt with clearly and so matter-of-factly that it was almost common place. By treating the instances with acceptance, it made them all the more believable. It's hard to explain but in their presentations and appearances, it was all normal and every-day...that helped the book tremendously.

I'm looking forward to this authors next title.

Ana V. Delgado
5.0 out of 5 stars very good read
Reviewed in the United States on May 18, 2013
Verified Purchase
this is a new writer, i am looking forward to reading more of there work, enjoyed the characters and laughed out loud at some of the dialog. the writer was well versed in her believes of past life and Angels. never really thought about massage therapy and how to incorporate it with energy and healing energy to make it so much more effective, so it was a good read..
Read more
One person found this helpful
Helpful
Comment Report abuse

sue4rab
5.0 out of 5 stars Superb
Reviewed in the United States on April 30, 2013
Verified Purchase
Very well written and it is always great when the Author knows the subject matter instead. Books that have really likeable characters makes it a nice reading.
Looking forward to more from Siri Caldwell.

Cadi Hollis
5.0 out of 5 stars Pretty good.
Reviewed in the United States on March 9, 2013
Verified Purchase
I really liked this book. I wouldn't think of it as a religious-type of story considering the title. It has paranormal elements that fit into the story as a whole. If you're into that, you'll probably like this book.
Read more
Helpful
Comment Report abuse

Sage320
4.0 out of 5 stars Good effort for a first novel
Reviewed in the United States on August 10, 2014
Angel’s Touch is a paranormal story that brings together familiar themes – financial interests versus preservation. In this case, it’s the preservation of sacred land near a spa.

Kira Wagner specializes in developing property, selling it and moving on to the next place. This time she has settled in Piper Beach where she wants to renovate a hotel and build a spa for women. Megan McLaren is the best masseuse in town and Kira wants to hire her for the spa.

Megan agrees to consult with Kira on the building of the spa, but her reason is to protect the ley lines, power lines where angels gather, that run through the property. Megan believes in angels, past lives and soul mates. She uses that knowledge to deliver a healing touch with her massages, but she also knows there is a downside. She and Kira have known each other before, more than once, and the endings have never been happy. As the women develop feelings for each other the problem becomes that Kira cannot understand Megan’s resistance and Megan doesn’t know how to explain what she experiences to Kira or why the land is so important.

Angel’s Touch is a well written romance with a slightly different plot line. The reader isn’t required to suspend much belief to feel the story is realistic. The characters are interesting and the book is well produced. The book was quick to read and provided a few hours of good entertainment. Overall it was quite enjoyable.

RLynne
5.0 out of 5 stars A Good Paranormal Romance by a new author
Reviewed in the United States on September 2, 2014
Set in Piper Beach, not to far from Washington, D.C., Angel's Touch introduces Kira Wagner, a property developer, and Megan McLaren, a massage therapist. Kira has purchased an old hotel, along with the lot next to it, to develop a lesbian hotel and spa. Having never been to a spa, she's seeking a spa manager to guide this part of the project. Megan McLaren is the person locals are recommending. When Megan tours the property with Kira, she finds a sacred monolith, along with two ley lines, paths glowing with energy, which are also a crossroad for angels. Trouble begins when Megan tries to persuade Kira to not disturb the sacred place, and to build her spa elsewhere.
Caldwell does a good job in showing the differences between her two principal characters, along with the strong attraction each one has for the other. As different as they are Kira and Megan build a friendship, and a relationship, based on trust and respect. As the story develops, both Kira and Megan realize they have known each other in previous lives.
There are many twists and turns in this rich story, including a deluded client of Megan's, and Kira's dominating father.
Angel's Touch does a great job of showing how massage thereapy works, as well as showing the good and bad from the spirit world. Edited by Katherine V. Forest, Angel's Touch is a book that leaves me looking for a second book from this gifted debut author.
Read more
Helpful
Comment Report abuse

E. B. MULLIGAN
VINE VOICE
4.0 out of 5 stars Debut author and a nice romance
Reviewed in the United States on March 8, 2014
a world where the real and the supernatural coexist. Set in Piper Beach, Delaware a three-hour drive east from Washington, DC. Just read the first chapter and you will know if this is the book for you, it really does give you the tone of the book.

Kira is opening an exclusive new hotel and spa up in scenic Piper Beach.

Megan McLaren is a highly regarded massage therapist who Kira wants as part of her team. While working on Kira, Megan is confronted with unhappy remembrances of past lives they may have shared, Megan agrees to join Kira's team to prevent a sacred area close by from being violated. Kira is also blindsided when they meet 'She knew that face. Wow, that was weird. She thought she’d forgotten what the girl in her childhood dreams looked like—dreams that left her flushed and confused. Heat rose to her face as she struggled to push the surprisingly vivid memory aside.'
Read more
Helpful
Comment Report abuse
See all reviews

Jelly Bean
3.0 out of 5 stars An honest review.. I didn't like it.
Reviewed in Australia on August 3, 2020
Verified Purchase
It must be me I think... I really had trouble getting into this one... and yet Siri Caldwell's book 'Mistletoe Mishap ' is one of my all time favourites.. The story wasn't there for me in this one. The characters lacked depth and I just couldn't pick up on angels flying around.. Sorry about that. Will wait for her next book with anticipation.
Read more
Report abuse
See all reviews