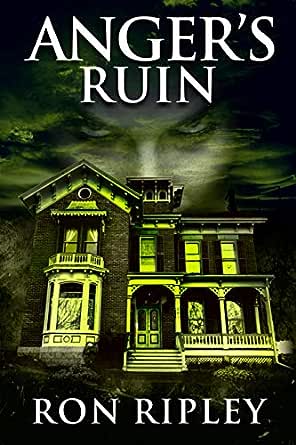 You've subscribed to Tormented Souls Series! We will preorder your items within 24 hours of when they become available. When new books are released, we'll charge your default payment method for the lowest price available during the pre-order period.
Update your device or payment method, cancel individual pre-orders or your subscription at
Your Memberships & Subscriptions
There was an error. We were unable to process your subscription due to an error. Please refresh and try again. 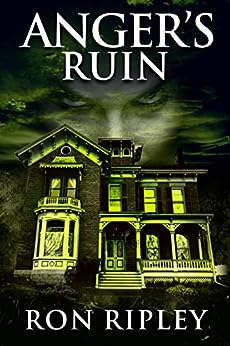 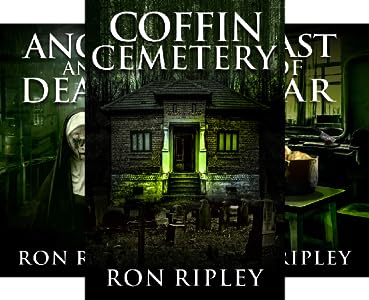 Chuck left the garage, glancing back at the house and snickering as the lights flickered, then came back to life behind him.

He's definitely worth a finger. Rotten SOB. Huh, he shook his head. Took me forever and a day to get him to stick that damned hose in his car. You'd a thunk he would've wanted to die, after me scramblin' his insides for a bit.

Oh well, maybe with him bein' dead, maybe Rose'll drink more. Huh, yeah, that'd be good. Pay her some more visits. 'Course, Beverly's gonna be upset with me killin' him. Hell, Boss will be, too. Can't be helped. Gots to kill some of 'em, no matter what anybody says.

He came to a stop a short distance from the house and looked at his hands. Chuck glowered at his missing fingers, hating Beverly for removing them. Somehow, the absent digits pained him, a fact he would never have thought possible before she had torn off the first pinky finger.

One of these days, Bev, he thought bitterly, I'm a gonna get you. Gonna pay you back for this.

Chuck had wanted to punish Janet, too, but somebody had taken care of that issue, and the memory of her fate brought a smile to his face.

A small shape walked out from behind a tree, and Chuck glanced up, prepared to ignore any living person who might stroll by.

But it was a ghost, a dead boy, who came to a stop a short distance from him. The dead boy was small and dressed in clothes that Chuck remembered seeing in pictures when he was still alive. Despite the dead child's diminutive stature, his frame pulsed with energy. He had only one eye, but it seemed to dance with hatred.

"I know you." The dead boy's voice was as thin as his body. "You helped to murder my cousin."

"I am going to hurt you." The dead child clenched his hands into fists. "My name is Elijah Coffin."

"You ain't gonna hurt me, kid." Chuck stretched and winked at him. "You wanna try, come on an' have at me then."

Eli walked forward, his arms down at his sides, and Chuck laughed, not bothering with any sort of preparations.

When the dead boy was close enough, Chuck grabbed for him, but Eli ducked under and brought a small, hard hand smashing up into Chuck's groin.

The dead boy's fist was driven with enough force to penetrate Chuck's body, a sensation worse than the rough amputation of his fingers by Beverly.

Chuck tried to grab Eli again, but the dead boy let out a scream of rage and twisted between Chuck's legs, pushing his hand up further.

"Stop!" The word came out as a scream from Chuck's mouth, but the dead boy ignored him. Instead, Eli opened his hand inside of Chuck's body, took hold of what he could, and tore off a chunk. Shaking his head violently, Chuck tried to grab any part of Eli, but nothing was within his grasp, and each time he thought he could, the dead boy moved out of the way.

Suddenly, another pain joined the first, and Chuck realized Eli had punched him in the lower back. He stiffened, horrified as he felt a hand once more pushing through him. A moment later, it too had taken hold of something deep within him.

"They say he was torn apart." Eli's voice shook as if he was crying. "You held him, and a woman tore his head open. Well, I can't reach your head, but I think this will work."

Chuck babbled apologies and begged for the dead boy to stop.

Instead, the dead boy began to pull.

4.9 out of 5 stars
4.9 out of 5
25 customer ratings
How does Amazon calculate star ratings?
Amazon calculates a product’s star ratings based on a machine learned model instead of a raw data average. The model takes into account factors including the age of a rating, whether the ratings are from verified purchasers, and factors that establish reviewer trustworthiness.
Top Reviews

QueenieBonds
5.0 out of 5 stars Consistently Great Reads from the Talented Mr. Ripley!
Reviewed in the United States on July 2, 2020
Verified Purchase
He's done it again.....another great read! Dan Tate is so likeable & comes to life more in every story. I envision Steve Carrell as Dan Tate & the addition of Shane Ryan is always a welcome bonus! My only criticism.....these stories are never long enough! I need a HUGE 500+ page novel from Mr. Ripley! Now that would be amazing! As usual, you won't be disappointed with ANY book by this amazing author! Bravo!
Read more
Helpful
Comment Report abuse

Amy Chamberlin
5.0 out of 5 stars Strong finish to a compelling series
Reviewed in the United States on June 29, 2020
Verified Purchase
Really a great finish to a brilliant series! The protagonist is well written and the backstory of his life is heartbreaking and sadly relatable. Well worth the wait 😊
Read more
One person found this helpful
Helpful
Comment Report abuse

Rita
5.0 out of 5 stars another winner
Reviewed in the United States on June 30, 2020
Verified Purchase
what a great ending. i can’t wait for the next series.
Read more
Helpful
Comment Report abuse

Mallory A. Haws: The Haunted Reading Room Reviews
5.0 out of 5 stars The Battle for Anger, NH, Heats Up
Reviewed in the United States on June 23, 2020
I've been reading this thrilling supernatural series since its inception, yet each installment seems more compelling even than the proceeding. Now that we've discovered the identity of the "mastermind" plotting to destroy the populace of the tiny but evil-beset community of Anger, New Hampshire [in STREETS OF ANGER, Book 5], we watch as said mastermind's plot ratchets up and as feckless, vulnerable, hero Dan Tate throws up obstacles against the plot to destroy Anger. Fortunately Dan (capable but with the weakness of his children in danger) calls on ghost hunter Shane Ryan, an individual with terribly self-destructive impulses and a literally "stop at nothing " attitude. Prepare for an uproarious roller coaster ride through unimaginable danger, as this literal battle of good vs. evil intensifies, introducing a totally terrifying new character in the "collector."
Read more
2 people found this helpful
Helpful
Comment Report abuse

Brenda Casto
5.0 out of 5 stars Top notch horror
Reviewed in the United States on June 27, 2020
I love this series and don't want it to end! With Anger's Ruin it becomes a life of death battle to protect those whom Dan Tate loves most! Will good triumph over evil?

The characters really make this a stand out read! The character of Dan Tate is so interesting, and I really couldn't imagine how things might work out for him. I enjoyed learning some of the ghosts backstories.
One of my favorite characters from a former series makes an appearance in this one. This series is a must read for horror fans! I think this series would be perfect movie material.
Read more
2 people found this helpful
Helpful
Comment Report abuse

Carol L
4.0 out of 5 stars Anger's Ruin
Reviewed in the United States on June 28, 2020
Mr. Ripley has done it again. This is the 6th and final book in the Anger Series and I have loved them all. You've follow Dan Tate through the series and know how much he loves his children, wants them to be with him, and the things he has gone thru to improve his life so he can accomplish that goal. As if he hasn't been thru enough in the previous books, as the series comes to a conclusion see what else lies in store for him and his family. I don't think you'll be disappointed. I was looking forward to Shane being in the book, and he was with a very minor part. That was my only disappointment.
Read more
One person found this helpful
Helpful
Comment Report abuse

willee
5.0 out of 5 stars Great Ghost Series
Reviewed in the United States on July 1, 2020
I immensely loved this story sorry it ended but what a great ending. I do recommend you start with the other books in series to get the full effect of the characters and love the characters of Dan, Eli, Shane, Madame Haupt and all the other ghosts. Dan and Shane have few battles to do to save people of Anger as well as the good ghosts all while Dan has to fight for his children, just listen. Diane gets what she deserved as well as Kristine, Eliza and Sister Anne. Hope Ripley does another series with Dan, Shane, Eli, Victor, Tom etc.
Read more
Helpful
Comment Report abuse

Katie Sutliff
5.0 out of 5 stars Amazing
Reviewed in the United States on June 28, 2020
Amazing, everything comes together quite nicely at the end. Revenge was had by some and peace restored to others. Anger is a scary place to live in Dan Tate’s world but grab a few friends, living or dead, and get ready to take on anything! Of course the ride won’t be easy or fun...